iDB makes an effort every weekend to round up the latest jailbreak tweak releases and news content because we want our readers to be up to date on the latest developments, especially with the Odyssey Team’s impending iOS & iPadOS 15.0-15.1.1-supported Cheyote jailbreak nearing completion.

Having said that, we’re back at it again this Sunday with a roundup encompassing everything we showed you between Monday, August 22nd and Sunday, August 28th. This will include not only our favorite jailbreak tweak releases, but also all the important jailbreak-centric news and everything in between.

So without further ado, let’s get started!

The iOS 16 Lock Screen wallpaper exhibits a neat new depth effect in which the subject of the wallpaper appears to hover over the Lock Screen’s date and time.

The Exiwall jailbreak tweak brings this same feature to jailbroken iOS 14 Lock Screens, allowing you to have this capability not only on an earlier version of iOS, but also on devices older than the iPhone XS.

You can find out more about Exiwall and how it works in our full review post. 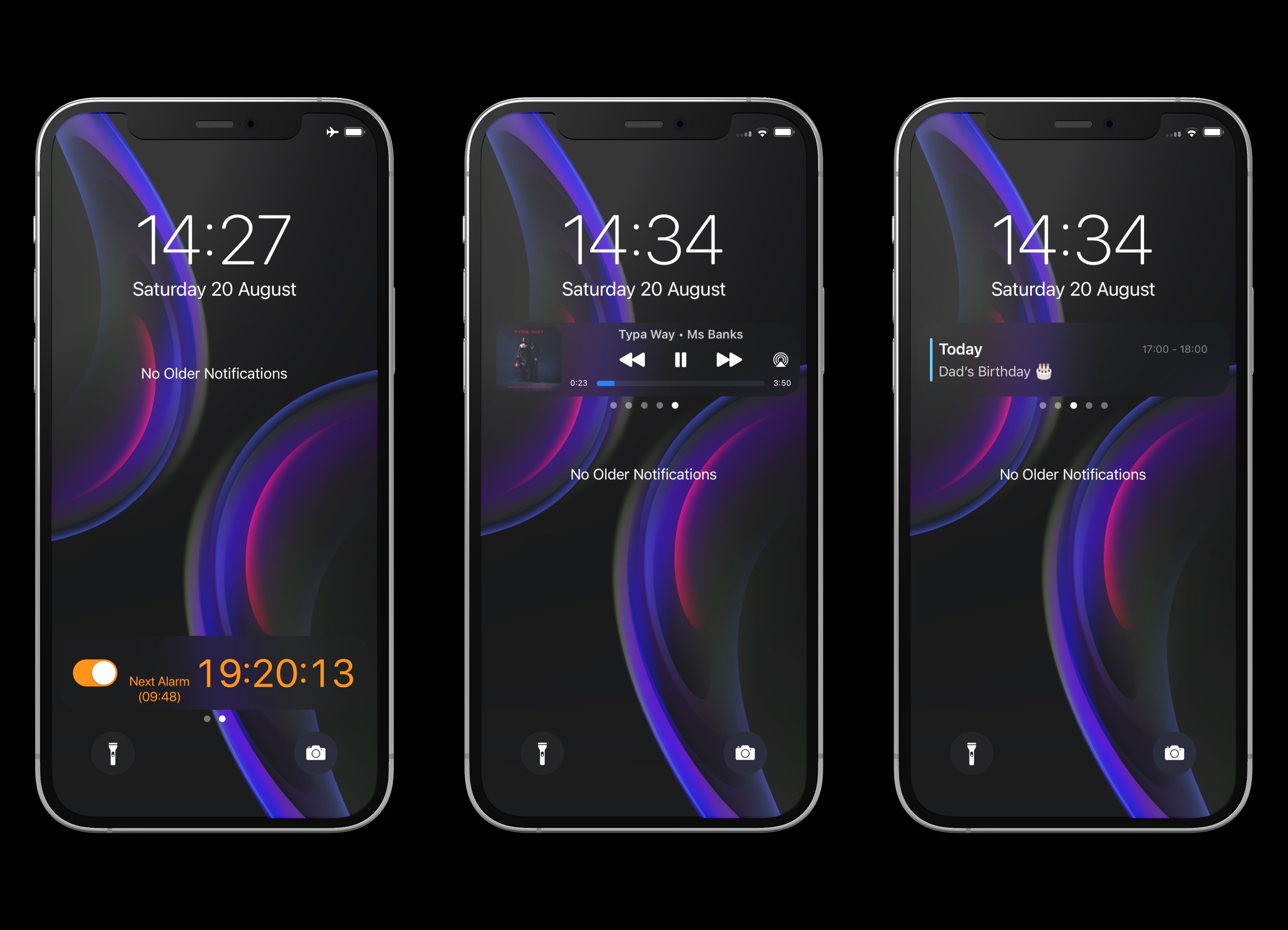 The new live information displays that come up on the Lock Screen on iOS 16 devices are certainly enticing, but not worth losing your jailbreak over.

Fortunately, you can use the new Live Activities jailbreak tweak to get similar information displays across your jailbroken iOS 14 Lock Screen, with the same aesthetics and all.

You can learn more about Live Activities and how it works in our full review post.

BeReal Unblur: Unblurs your friends’ BeReal posts even when you have not yet posted (free via Google Drive)

compact date: Changes the format of the date on your iPhone’s Lock Screen to take up less room (free via ElioFegh’s repository – review)

date bar: Displays the date next to the time in your iPhone’s Status Bar (free via ElioFegh’s repository – review)

helloStyle: Adds the Hello text to your Status Bar with the iOS 15 font (free via ElioFegh’s repository)

Best Mood-Boosting Jailbreak Tweaks: Feeling down? iDB shows you what we believe are some of the best mood-boosting jailbreak tweaks for pwned iOS & iPadOS 14 devices.

CoolStar: Odyssey Team lead developer CoolStar had to confirm that the Cheyote jailbreak for iOS & iPadOS 15.0-15.1.1 would be a free release after some initial comments sparked confusion in the community, and then later said that the jailbreak was well over four weeks away from completion.

Hyperixa: The original Hyperixa repository went offline this week, and an alternative repository was created to host the team’s jailbreak tweaks DRM-free and at no cost to the end user.

Paid Jailbreaks: Would you ever consider paying for faster jailbreak releases? Have a discussion in our recent post about this topic.

Bringing this week’s jailbreak roundup to a close, we hope to remind everyone that another season of jailbreaking is just over the horizon, so if you’re not already jailbroken because you’re waiting for the upcoming iOS & iPadOS 15.0-15.1.1 jailbreak, then just continue to stay patient as jailbreak teams create the tool that you’ll soon be using for your pleasure.

Here are some other jailbreak tweak roundups that you might find interesting if you’re trying to spruce up that pwned handset of yours:

What was your favorite jailbreak tweak release or jailbreak-oriented news tidbit from this past week? Be sure to let us know in the comments section down below.