Substitute, the primary tweak injection method tapped by users of the checkra1n and unc0ver jailbreaks received an unexpected update on Tuesday to version 2.3.0. 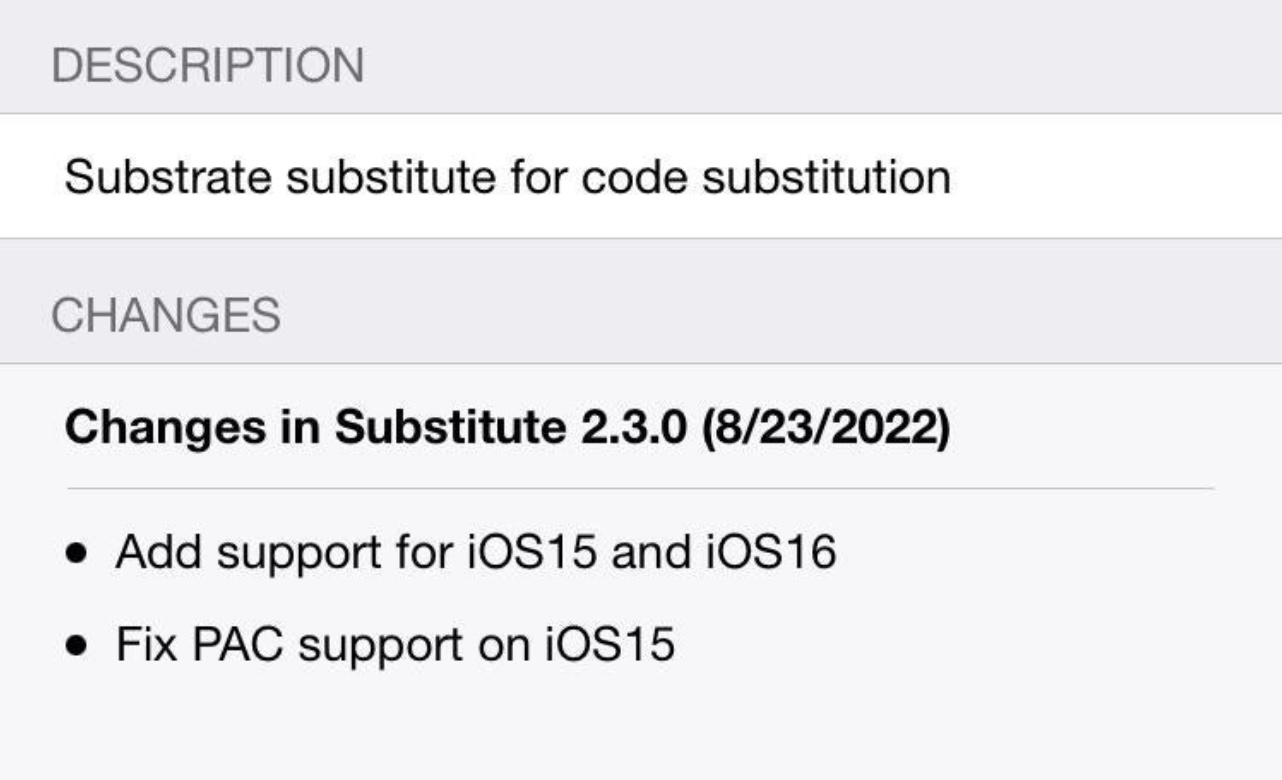 Update: A while after this release, it was pulled due to tweak injection issues on iOS & iPadOS 14 devices. It may make a return at a future date when it becomes more stable.

At this time, absolutely nobody has confirmed they are working on an iOS & iPadOS 16 jailbreak, and iOS & iPadOS 16 aren’t even available as public software updates yet as it continues to undergo its beta testing period with developers and public beta testers for a Fall release schedule this year.

Another thing of interest here is that the upcoming Cheyote jailbreak will use libhooker for tweak injection, and not Substitute, which certainly turns some heads as to why Substitute is just now receiving an update. There has been no word from the unc0ver team regarding an iOS & iPadOS 15 jailbreak, and there haven’t been any clues that the checkra1n team is nearing a release either.

So should you update if you’re an existing Substitute user? Usually we would say yes, however an increasing number of complaints are popping up in Discord and on /r/jailbreak that suggest this update breaks tweak injection for existing jailbreaks. With that in mind, it might be a good idea to wait this one out until the bugs are ironed out.

Are you excited to see that the Substitute tweak injection method is being updated with support for the latest mobile operating systems from Apple? Be sure to let us know in the comments section down below.