An interesting dynamic of the Lock Screen on Apple’s upcoming iOS 16 mobile operating system can be found in the added wallpaper depth that places certain subjects over the top of Lock Screen text, such as over the date and time display.

Since this feature is going to be new in iOS 16, jailbreakers on iOS 14 might be feeling a little under the weather since their operating system doesn’t do this natively, but a new jailbreak tweak release called Exiwall by iOS developer FoxFortMobile effectively ports the feature to pwned iOS 14 Lock Screens.

Examples of the wallpaper depth effect appear in the screenshots embedded above. You can see the parts where the fish appears over the date and time, the mountain covers part of the date, the dog’s ear protrudes over the date, and so on. The effect is almost so subtle that you could almost miss it if you weren’t paying attention.

Exiwalls is great because not only does it support iOS 14, but it also supports handsets older than the iPhone XS, while iOS 16 only officially supports this feature on the iPhone XS and newer.

To work properly, users will want high-resolution, well-lit images with a defined subject. Contrasting backgrounds are very helpful for making the tweak subject the subject from the image accurately.

Once installed, users can head over to the dedicated preference pane in the Settings app to enable the tweak: 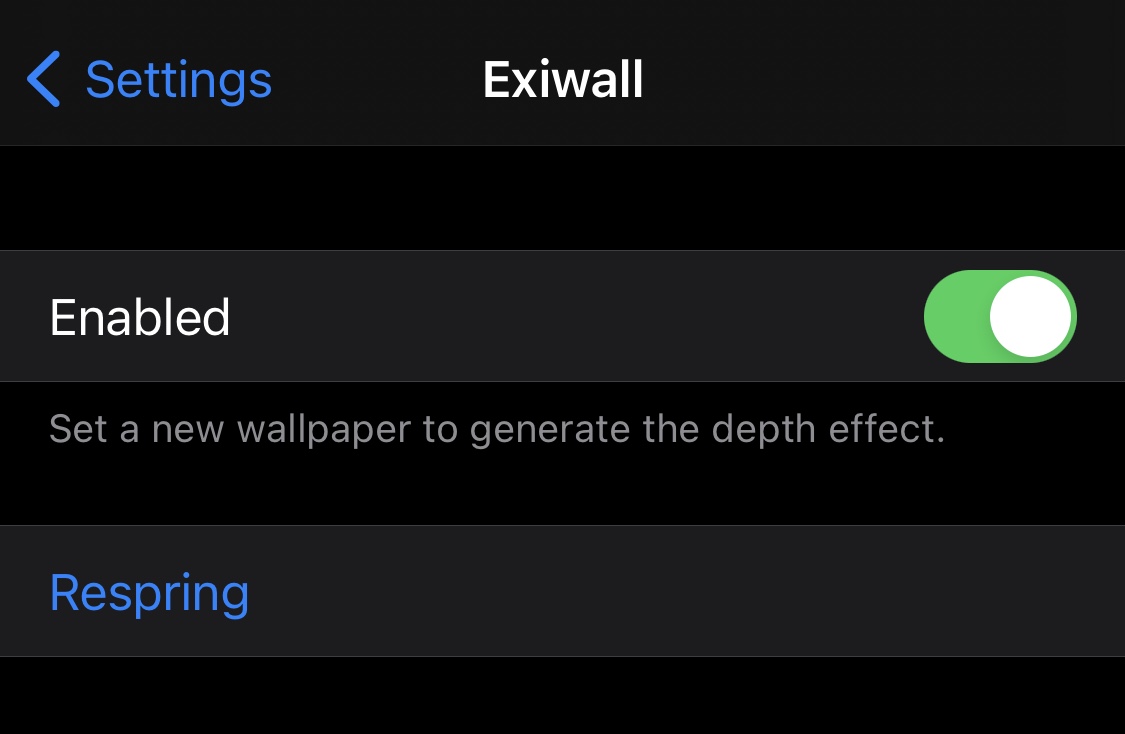 It’s worth noting that Exiwalls plays nicely with a plethora of different jailbreak tweaks, including: Jellyfish, Kalm, Quart, WeatherLS, SimpleTime, Fabric 2, Complications, Watermelon, Axon, Analog, Diary, and DualClock 2. It does not play nicely with: Vartaman, FreshWall, Ventana, Helix, Zen HTML, FrontPage, and LockPlus. Obviously, compatibility can’t be guaranteed with other tweaks, and updates can break compatibility, so keep this in mind.

Another important note is that ExiWall is not compatible with the perspective zoom feature, which moves the wallpaper when the device tilts. This has to do with how subject rendering is achieved.

If you’re ready to add some depth to your Lock Screen wallpaper with the new Exiwall jailbreak tweak, then you can go ahead and purchase it from the Havoc repository via your favorite package manager app for $2.49. Please note that only jailbroken iOS 14 devices including the iPhone 6s and newer are supported.

Do you have any plans to take advantage of this wallpaper enhancement on your jailbroken device? Let us know why or why not in the comments section down below.