Even since the first jailbreak for the iPhone launched back in 2007, tools have historically been free for end users to download or use. Despite being free, jailbreak users could generally donate to jailbreak developers if they wanted to provide gratitude for the tireless work that went into making it. 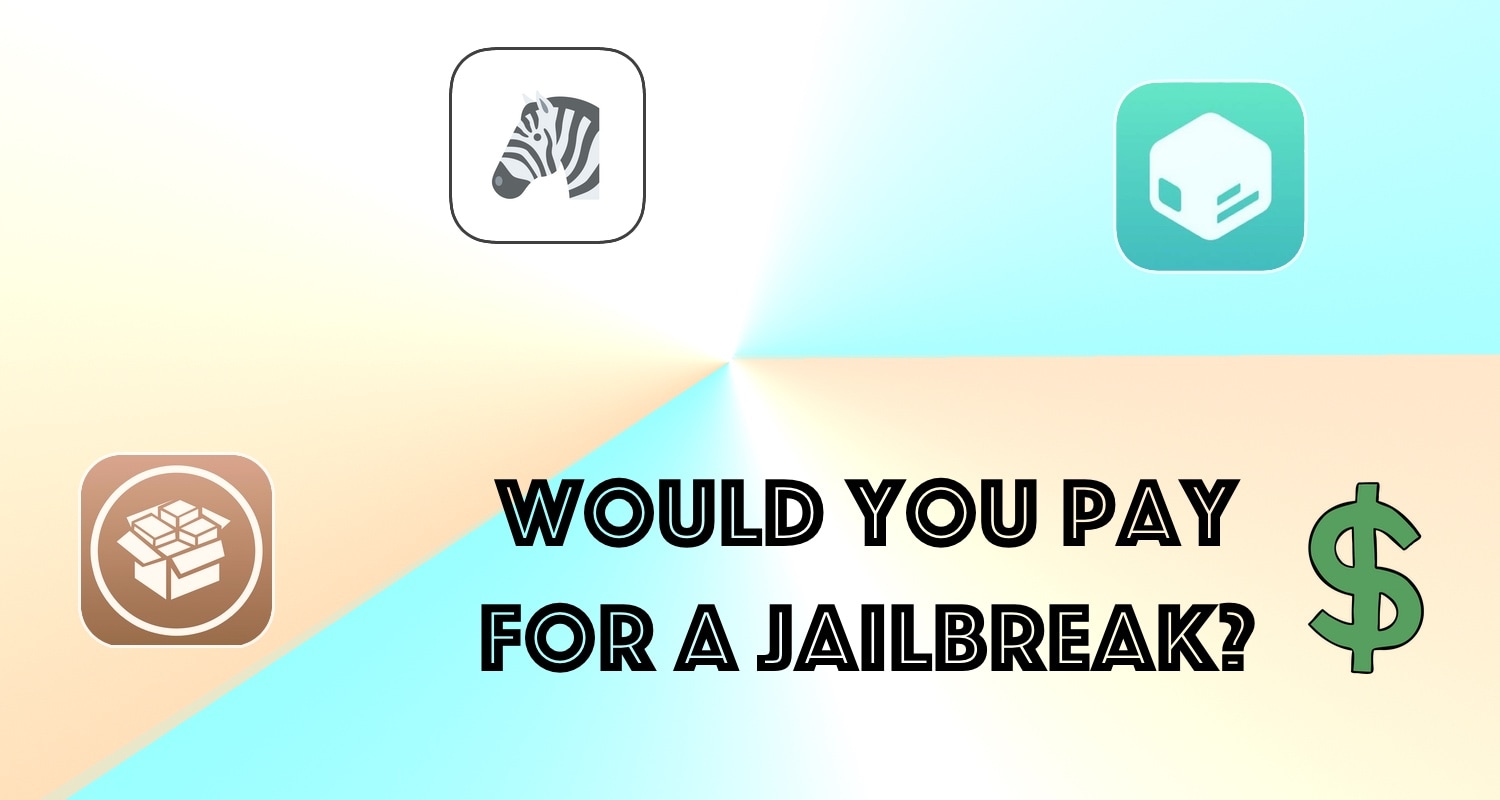 Obviously, jailbreaking isn’t as popular today as it once was, and consequently, the size and frequency of the aforementioned donations have shrunk proportionately as well. You can only imagine what a smaller reward system does to the motivation of jailbreak developers who spend hours, days, weeks, and sometimes months developing these tools, only to release them for free.

The idea of charging for a jailbreak has always been somewhat taboo because jailbreakers wince at the idea of ‘paying for freedom,’ however that idea might keep jailbreaking alive in the long run, especially as cost of living increases have left many developers using their free time to work other jobs instead of coding jailbreak tweaks and tools as a hobby or a source of side income.

Comments made by jailbreak development titan CoolStar on Discord about the lucrativeness of making and selling modded drivers for ChromeOS as opposed to jailbreaks for iOS & iPadOS sparked conversations all across the internet by those willing to pay for a speedier release, and of course, not everyone fell into this category.

The conversations opened the community’s eyes to the very real fact that jailbreak developers are selling their time and talents to the highest bidder and deprioritizing free releases that yield little to no reward. In this case, it seems like CoolStar could be making good money in her ChromeOS side gig, and making hardly anything at all developing the Cheyote jailbreak tool. That said, she hasn’t actually touched the project for a month, hence the delays.

While CoolStar later affirmed that Cheyote would be a free release, Pandora’s Box has already been opened, and now many jailbreakers are now taking to sources like /r/jailbreak and the Discord servers to offer payments for jailbreak tools. As it would seem, some parts of the jailbreak community are now eager to provide compensation to motivate developers for faster releases. But will they accept?

It remains to be seen what would be considered a fair price for a jailbreak tool assuming this trend were to take off. After all, since jailbreak tools have always been, and currently are free, there’s no established baseline. It’s also worth noting that Cheyote will likely be CoolStar’s final public jailbreak release, so it’s entirely possible that other jailbreak developers will continue releasing free jailbreaks despite these monetary offers.

The argument for paid jailbreak releases

Under a paid release system, jailbreak developers may find themselves more motivated to work harder and complete projects faster, rather than prioritizing work on other hobbies over jailbreak tool development.

It’s worth noting that developing jailbreaks is getting substantially more challenging as Apple tightens its controlling grip on iOS & iPadOS in ways that we’ve never before seen. In fact, this is the primary reason why Cheyote will be a rootless jailbreak when it launches.

It also seems as if the pool of willing individuals who’ve demonstrated the talents required to break Apple’s enhanced security mechanisms is shrinking. This limit in supply affects demand, creating a circumstance under which jailbreak developers could technically command any price they wanted.

Jailbreakers split on the idea

Users are certainly split on the idea. While some have expressed that they’d be willing to support jailbreak development by buying a tool that they didn’t have the capability to make themselves, others have shared that they wouldn’t buy a jailbreak tool and would stop jailbreaking altogether if the community switched to a payment-based release system.

Another obvious concern is that when payment methods come into play for a high-demand product, so too does piracy. The demand for pirated copies would, in theory, perpetuate the distribution of malware by bad actors who might wish to bundle it with with the pirated copy of the jailbreak. This could potentially put more users at risk of infecting their devices, which are already running outdated version(s) of iOS or iPadOS with known security flaws.

Given the scarcity of jailbreaks these days, it certainly seems like we could be reaching a pivotal point in the jailbreak community where we may soon have to pay to play. It will be interesting to see where the tide goes from here, especially as waits for jailbreak tools increase at the rate that they have been.

Note: To be perfectly clear, all jailbreak tools to date, up to and including iOS & iPadOS 14 and 15 are free. Do not pay for any current jailbreak tool. Donations to jailbreak developers, on the other hand, are always appreciated.

Would you ever pay for jailbreak tools if they were to be released on more timely schedules? Be sure to let us know your thoughts on the matter in the comments section down below.