There seems to be a certain taboo regarding jailbreaking a device that will be used for Apple Pay, but there doesn’t need to be. In fact, jailbreaking can enhance the feature in a myriad of ways. 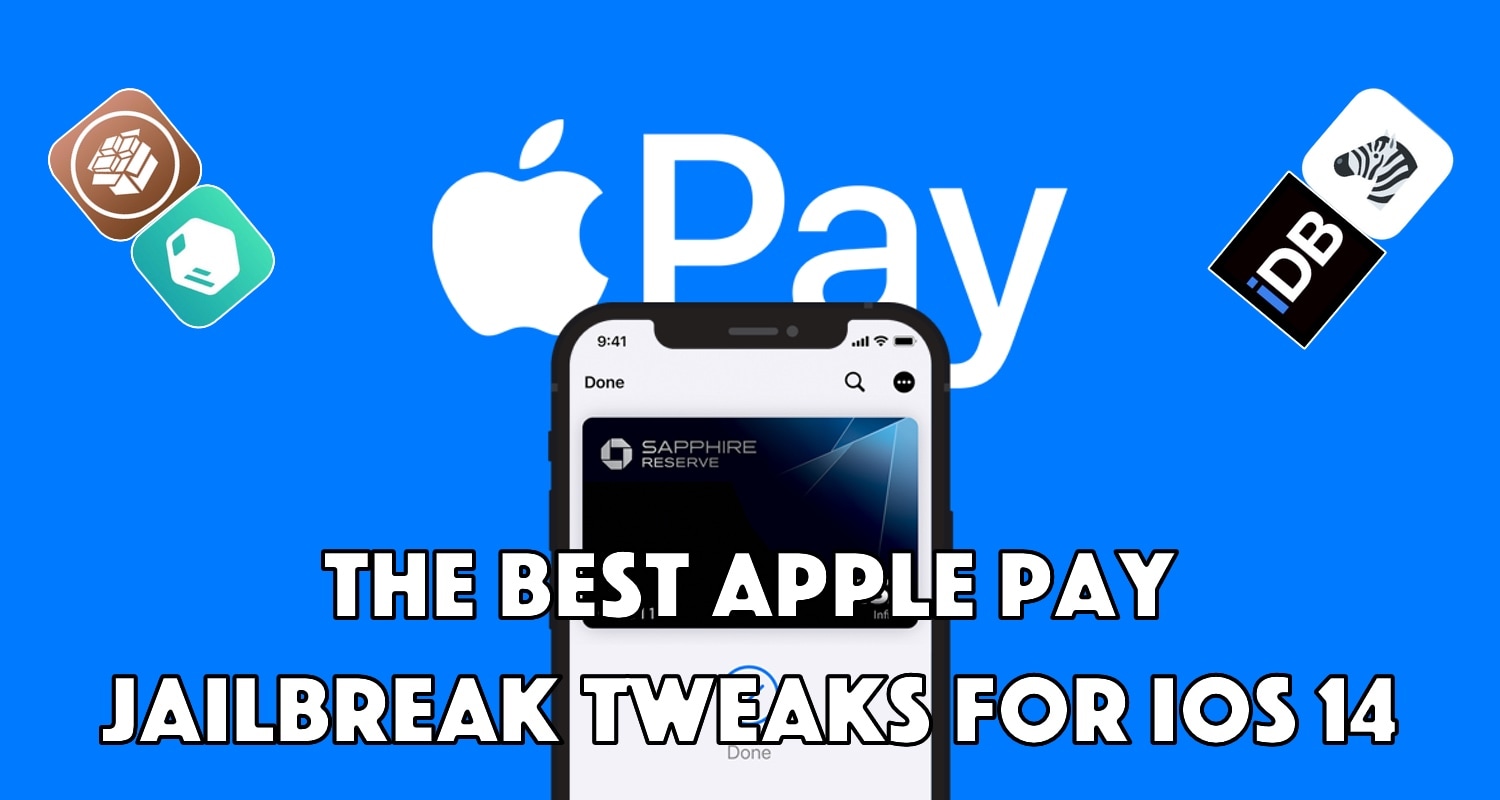 In today’s roundup, we’ll be going over what we believe are some of the best jailbreak tweaks for Apple Pay and the Wallet app on iOS 14 devices to help jailbreakers in their ongoing quest to enhance their handsets.

So without further ado, let’s jump right into it…

Sydney is a no-brainer for this list because it’s perhaps one of the most exciting add-ones you can find for Apple Pay and the Wallet app on a jailbroken device.

With it, you can customize the cards in your Wallet app with unique backgrounds, visually alter the displayed credit card numbers with alternative text, and much more.

You can and should learn everything you can about Sydney in our full review post, as we don’t think you’ll find yourself disappointed!

Another Apple Pay-enhancing jailbreak tweak that might be worth your while is Amandus, which gives the Apple Pay payment interface a designed banner-inspired aesthetic, as depicted above.

This interface differs from the stock one and was developed with simplicity in mind. Amandus supports dark and light modes and works on any jailbroken device with built-in NFC and Apple Pay capabilities.

You can find out more about Amandus and where you can get it from in our full review post. 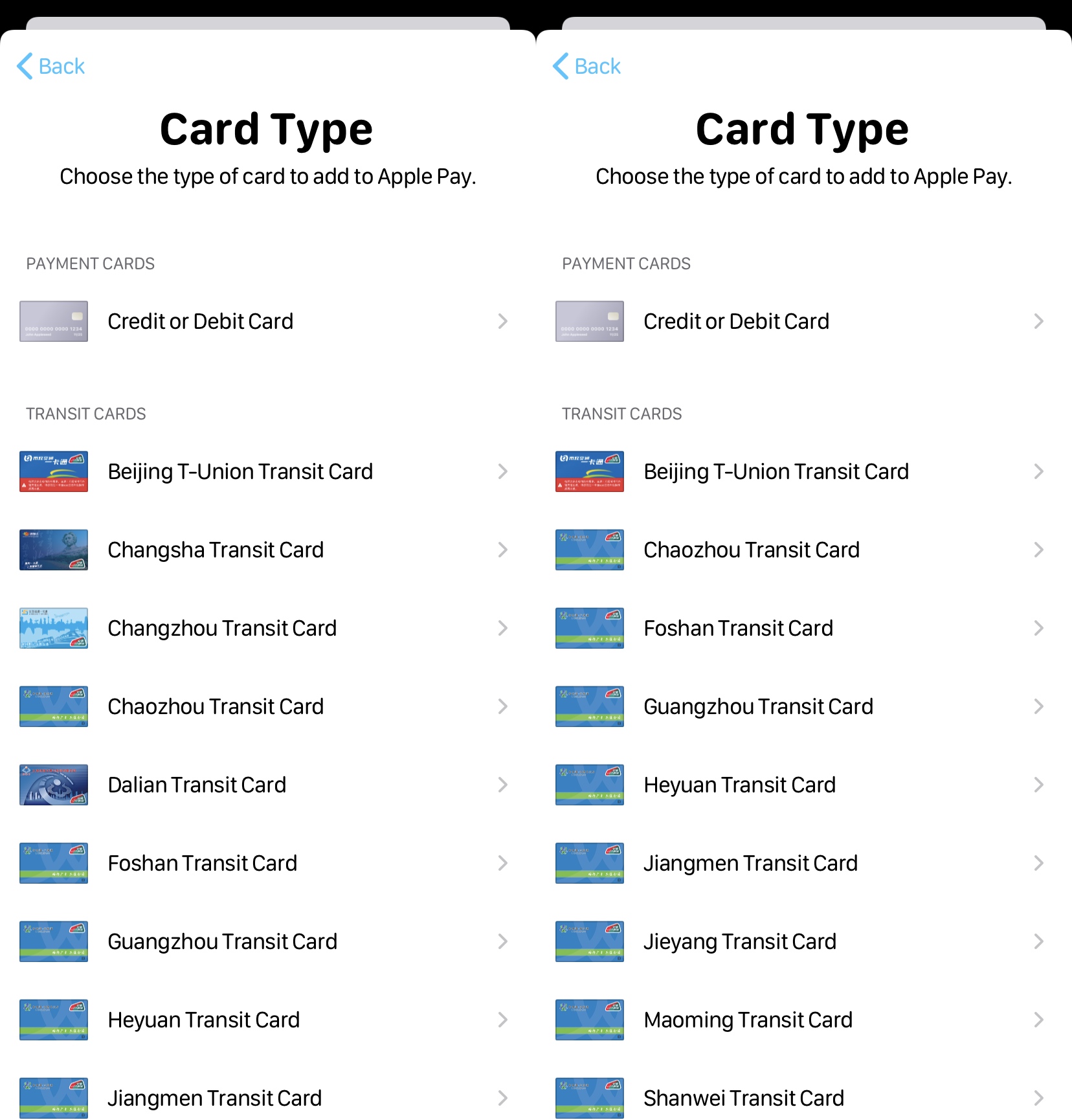 As iOS evolves, so too does support for the types of cards supported by the native Wallet app. Unfortunately, jailbreakers who cling to their outdated firmware miss out on this newfangled support because Apple makes you update your firmware to enjoy those features.

But you don’t necessarily have to, and that’s all thanks to a jailbreak tweak called NoTransitCardVersionLimit, which lets even users of older firmware enjoy support for the types of cards in the Wallet app that may only be supported in newer versions of iOS.

You can find out more about the types of cards and firmware this tweak supports in our full review post.

AirPay is yet another take on redesigning the Apple Pay interface — namely, the one that appears when you initiate a contactless payment with a merchant.

At first glance; the AirPay interface looks like it drew substantial inspiration from the AirPods pairing interface, and in fact, that appears to be the derivative for the tweak’s name. This means the interface appears in the bottom 1/3 of the screen, rather than taking up any additional space.

You can learn more about AirPay and where you can get it from in our full review post, where we discuss what the tweak can do and how you can configure it to your liking.

The list of jailbreak tweaks for Apple spay and the Wallet app is somewhat short, and that’s understandable given the semi-taboo nature of handling money or passes on a hacked device. Still, we’re excited to have showcased these jailbreak tweaks in the hope of warming more people up to the idea.

What was your favorite jailbreak tweak discussed in today’s roundup? Do you already use any of them? Be sure to let us know in the comments section down below.