Just a couple of months ago, iDB showcased was was previously an upcoming jailbreak tweak dubbed Sydney, which was under development for the purpose of giving jailbreakers the ability to customize their Apple Pay user experience in a plethora of different ways. As of Sunday, however, Sydney is officially available to the masses.

Sydney, which has been developed by Bank5ia, lets users personalize their Apple Pay credit cards in ways never thought imaginable. It takes an all-in-one approach to customization, allowing users to do almost anything they want, including using custom backgrounds for individual cards, changing the card logos and numbers, entering custom card names, and support for theming, among other things.

Once installed, Sydney adds a dedicated preference pane to the Settings app where users can configure their individual Apple Pay credit cards on a per-card basis. Upon enabling the tweak, users can begin customizing various parameters of their cards: 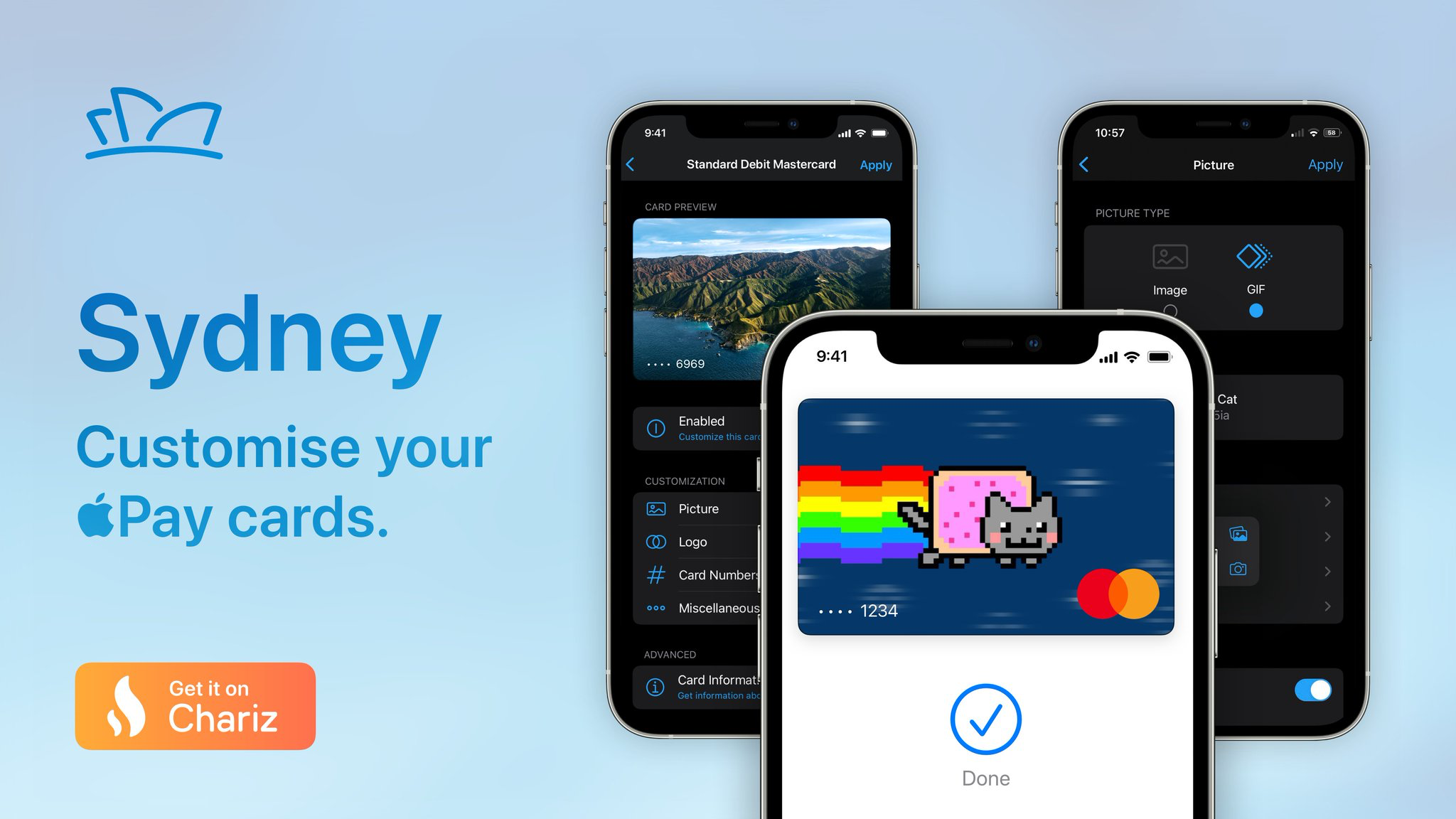 Since Sydney is a customization tweak, it should come as no surprise to anyone that it’s theme-friendly. Theme creators who would like to go hands-on with the tweak can use the resources found in the developer’s Sydney Theme Guide to get started.

Apple Pay-centric jailbreak tweaks aren’t particularly common, so Sydney is something of a gem in its own respect for being both original and unique. If you’re a jailbreaker, and you also happen to utilize Apple Pay, then Sydney just might be worth checking out.

Sydney is available for $1.99 from the Chariz repository via your favorite package manager app and supports jailbroken iOS 13 and 14 devices only.

Do you plan to customize Apple Pay with the new Sydney jailbreak tweak? Be sure to tell us why or why not in the comments section down below.