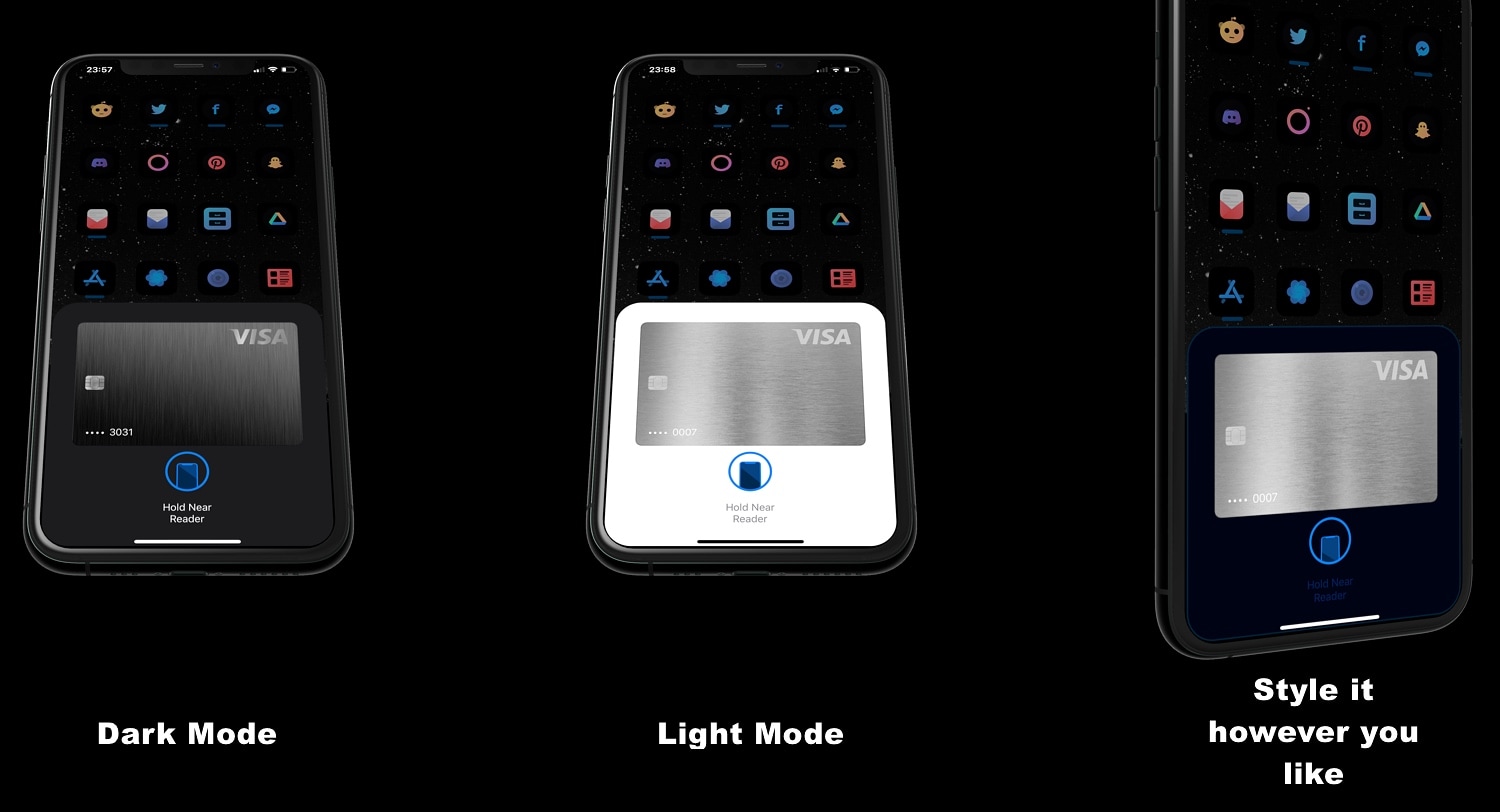 If you use Apple Pay via your jailbroken iPhone frequently, then you’re unquestionably familiar with the prompt that appears when it comes time to authenticate yourself with Face ID or Touch ID. While the native interface doesn’t necessarily look that bad, it’s somewhat unfortunate that Apple didn’t design it to be uniform with other interfaces that appear on the iOS platform, like the AirPods pairing prompt for example.

Those interested in a redesigned Apple Pay interface that has been heavily inspired by iOS’ native AirPods pairing interface are likely to appreciate the user experience that comes along with using a newly released jailbreak tweak dubbed AirPay by iOS developer Dylan West (@iOSthemem0d).

For those interested in more than just the still screenshot examples above, we’ve attached an animated GIF of the developer’s promo video from /r/jailbreak below:

What you get with AirPay is a highly customizable interface that can be colorized however you want. What’s more is you can pick between light or dark mode, depending on what you’re using on your handset at any given time. Users will find a dedicated preference pane in the Settings app after installation where they can configure the tweak to their liking: 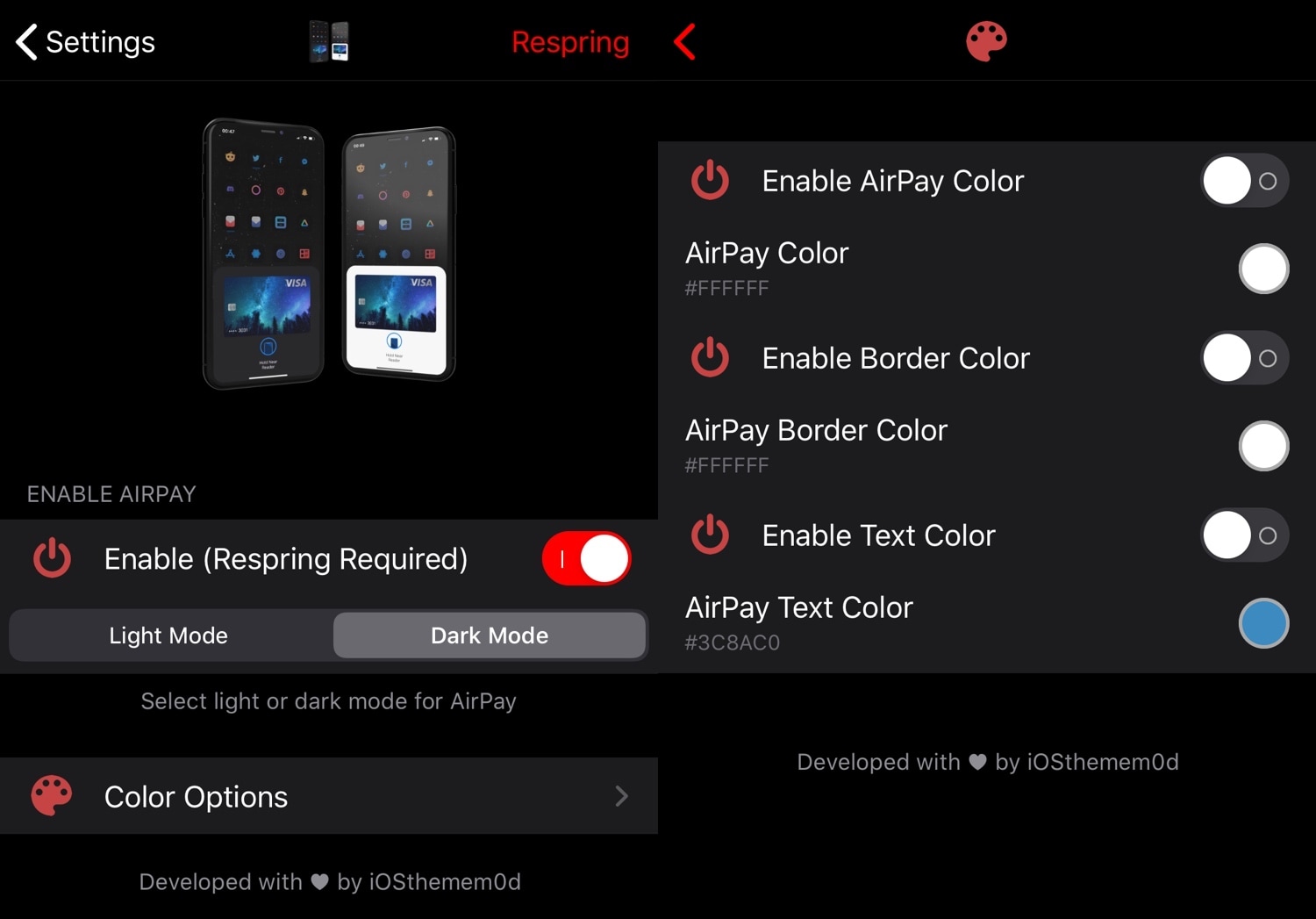 The developer provides a Respring button at the top right of the preference pane so that you can save any changes you make. This is especially important if you’re toggling the tweak on or off for any reason.

AirPay is a gorgeously redesigned concept and end product for augmenting the native Apple Pay interface on iPhones, and it appears to support jailbroken installations of both iOS 12 and iOS 13. Those interested in trying the tweak out can purchase it from the Twickd repository for $0.99 via their preferred package manager.

Will you be buying AirPay for your jailbroken iPhone, or are you satisfied with the native Apple Pay interface? Discuss in the comments section below.