Jailbreaking your iPhone or iPad lets you make use of a vast library of jailbreak tweaks for various versions of iOS and iPadOS to improve upon the operating system’s native capabilities. 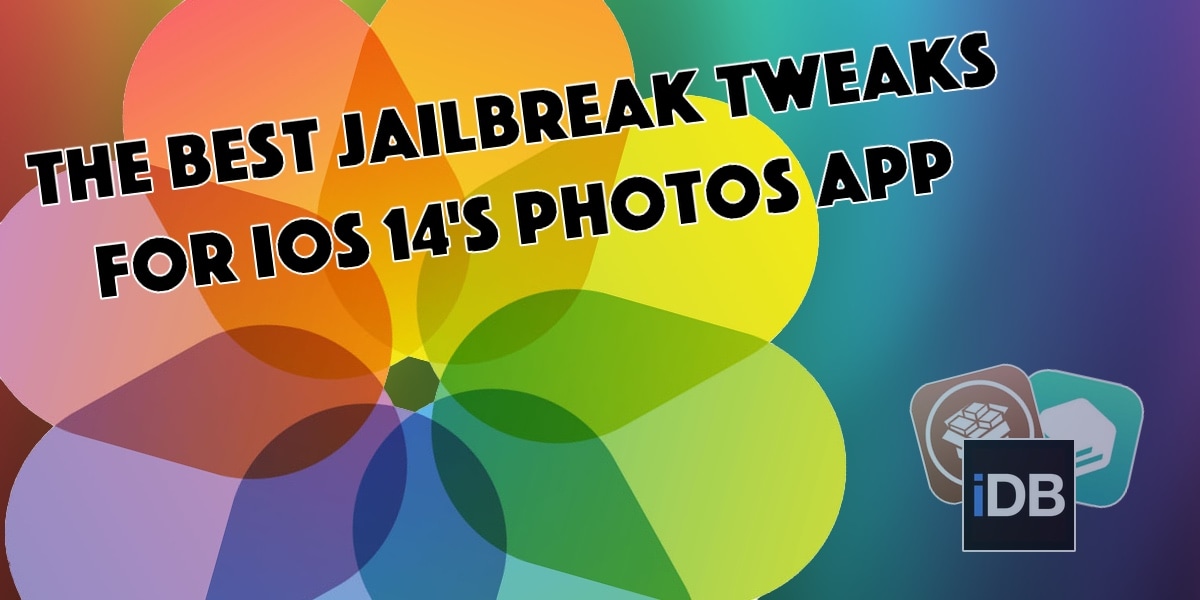 Jailbreaking is a big part of what we do here at iDownloadBlog, and that makes jailbreak tweak discovery by our valued readers very important to us. Having said that, we routinely make jailbreak tweak roundups to help give little-known tweaks the spotlight.

In today’s feature, we’ll go over what we believe are some of the best jailbreak tweaks for improving not just the flexibility, but the usability of the native Photos app in iOS 14. 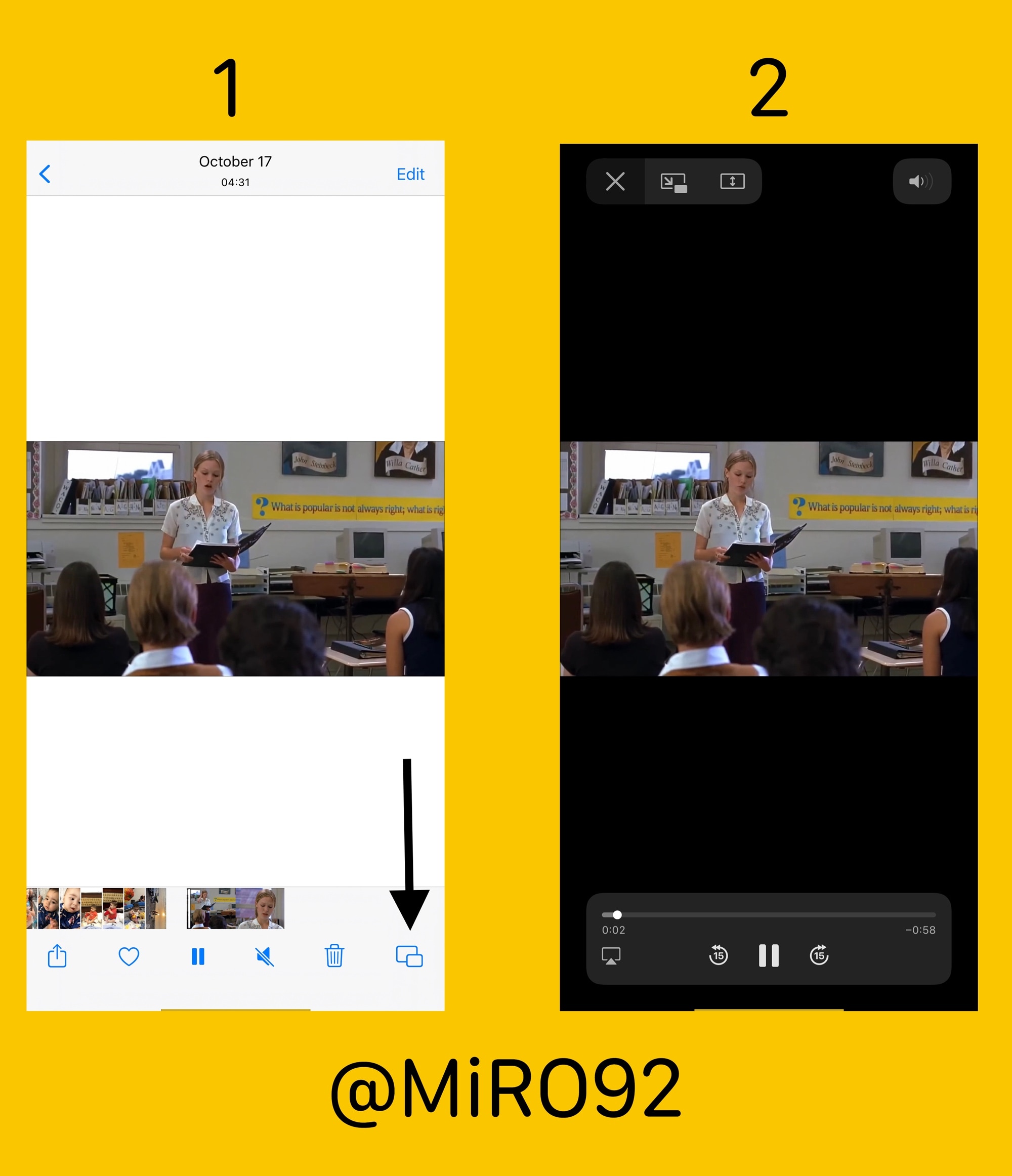 Almost all facets of video playback in iOS 14 offer some form of Picture-in-Picture mode support, but the Photos app appears to be one of the last remaining native exceptions.

You can read all about AVPhotos in our full review post. 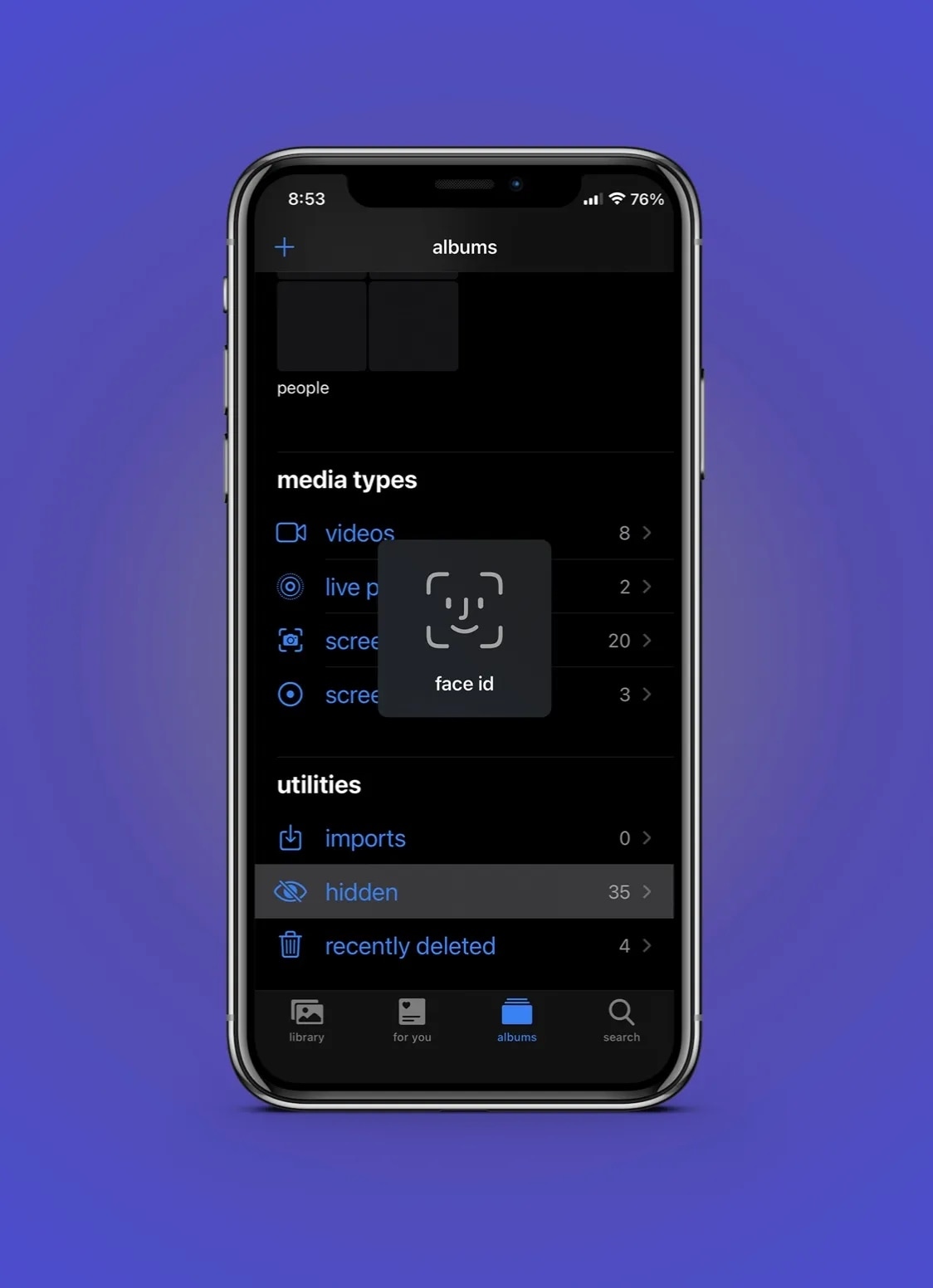 In case you didn’t already know, the Photos app contains a “Hidden” album that users can banish photos and videos to if you ever feel the need to keep them separate from your Camera Roll. This feature is useful for hiding sensitive material from friends when you start showing them pictures from your Photo Library.

Unfortunately, the Hidden album isn’t quite as ‘hidden’ as it could or should be, and that’s where a jailbreak tweak dubbed HiddenLock14 comes into play. It simply requires the user to authenticate themselves with biometrics (Face ID or Touch ID) before they can view the Hidden album’s contents.

You can learn more about HiddenLock14 and why it’s a great upgrade in our full review post.

Many apps do nothing these days but infringe on your right to user privacy to make a quick buck, and that’s why we welcome jailbreak tweaks that protect users from these sneaky behaviors.

NoBackgroundPhotoAccess is a jailbreak tweak that not only alerts you to when an app tries to access your Photo Library in the background, but also blocks the unwanted behavior.

You can read all about NoBackgroundPhotoAccess and why it’s a necessary upgrade in our full review post. 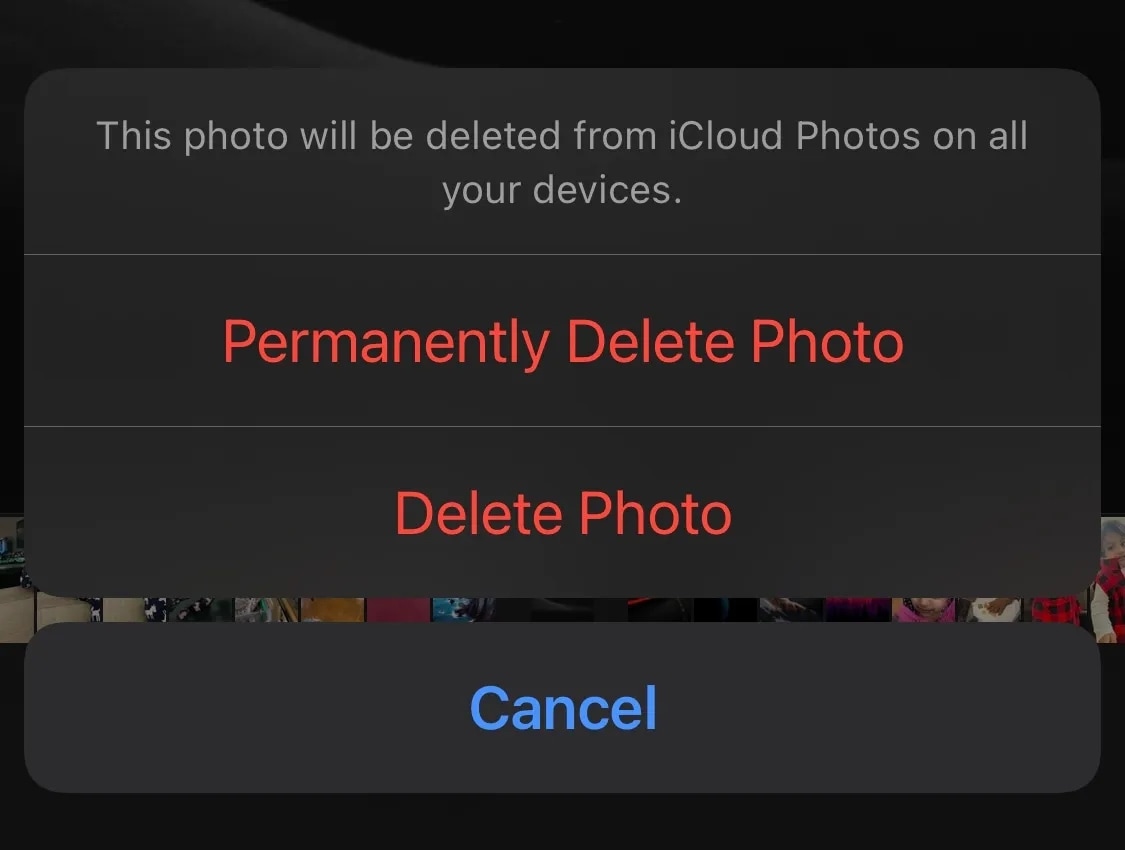 If you’re anything like me, then you probably dislike the two-step deletion process that comes with deleting photos and videos from the Photos app. After deleting media, you then have to visit the Recently Deleted album to delete that media a second time.

DeleteForeverXS is a free jailbreak tweak that removes that second step from the deletion process, and while it certainly removes a safety net from accidental deletions, the non-clumsy out there are sure to appreciate not having to do the same thing twice every time they want to delete a photo or video.

You can learn more about DeleteForeverXS and how it works in our full review post.

If you’re jailbroken on iOS 14, then you’re unquestionably missing out on the new features afforded to you by the iOS 15 upgrade. One of those is the Live Text feature, which recognizes text in images in your Photo Library so that you can copy and paste it later on.

Fortunately, a jailbreak developer has ported this feature to jailbroken iOS 14 devices in the form of a jailbreak tweak called NotLiveText.

You can read all about NotLiveText and how it works in our full review post. 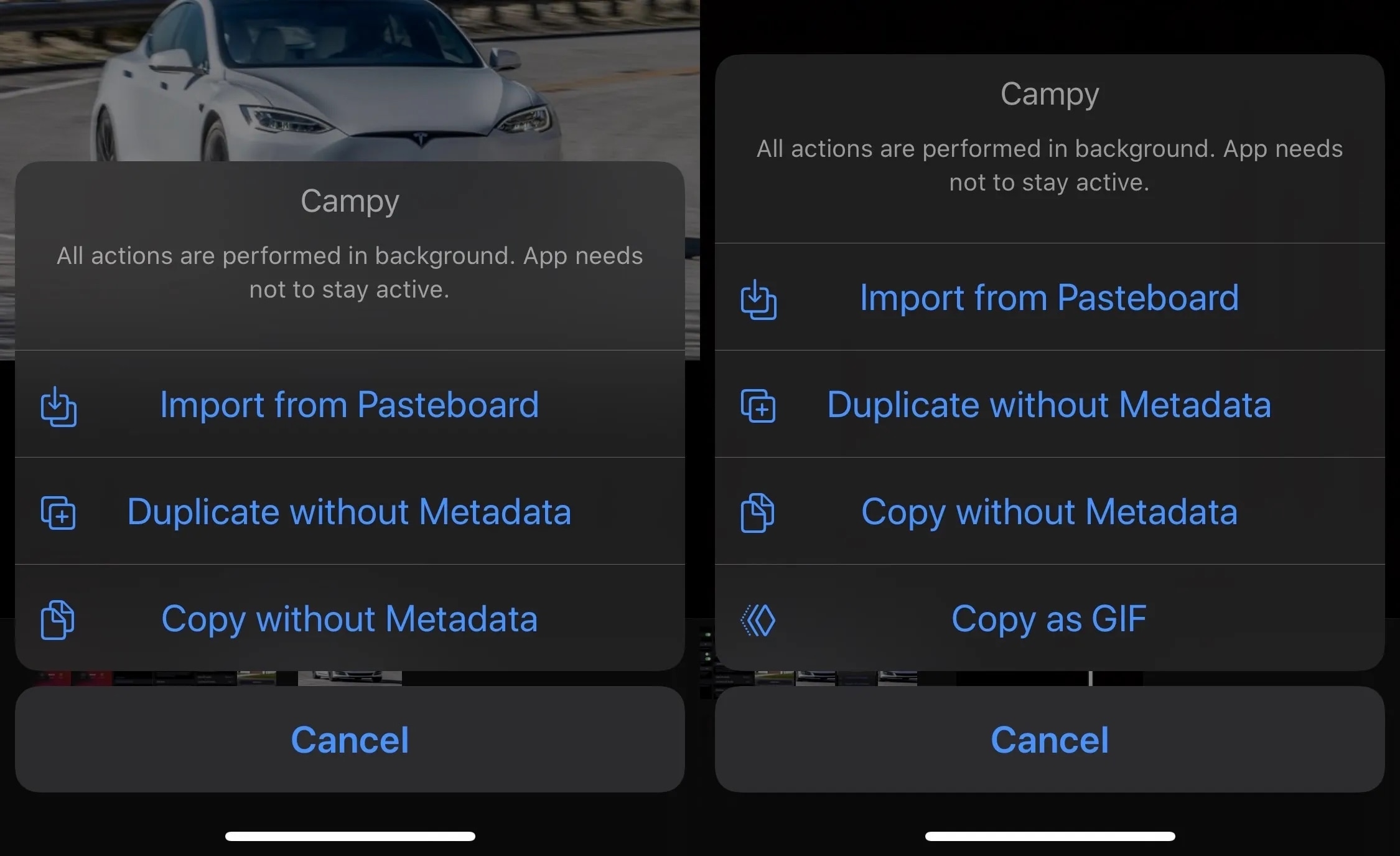 After capturing photos or videos on your jailbroken iPhone, you’re likely to want to share the result with someone else. Campy is a jailbreak tweak that not only makes this process a lot easier, but offers a lot of customization with respect to the Photos app in iOS 14.

Among the things you can do with Campy are generate animated GIF images out of videos saved to your Photo Library, remove unwanted EXIF data from photos and other media, import photos and media from your pasteboard, and much more.

You can learn all about Campy and how it improves the iOS 14 Photos app in our full review post. 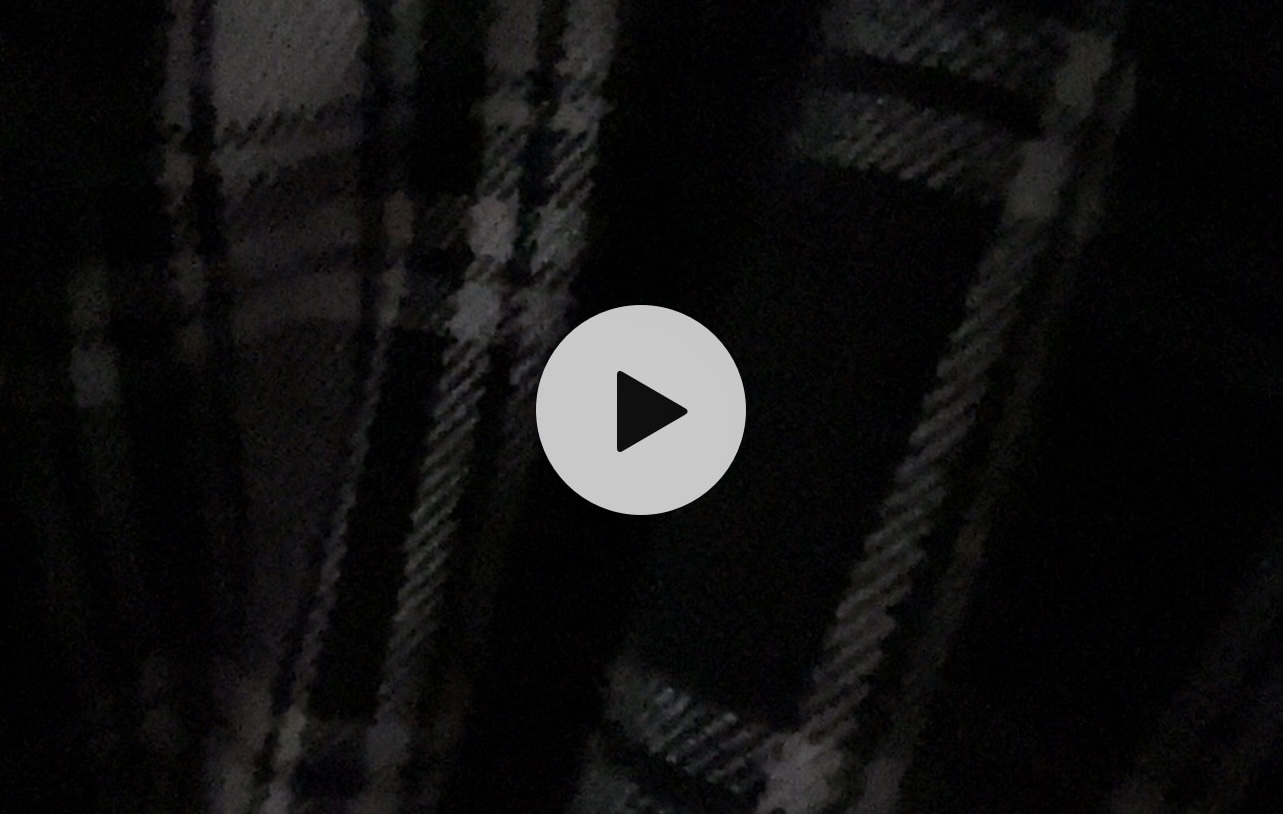 After recording a video on your iPhone, you can go to the Photos app to re-watch it again and again on demand. But each time you do, you’ll be manually tapping the play button.

OKReplay is a free jailbreak tweak that enables video looping in the Photos app so that they’ll replay automatically without you having to tap on any buttons. It’s perfect to re-watching those hilarious short clips without having to interact with the video any.

You can read all about OKReplay and how it works in our full review post.

iOS’ native Markup feature lends convenient annotation tools for all media saved in the Photos app, but getting to them can be a lot more convoluted than it’s worth.

QuickMarkup is a free jailbreak tweak that makes accessing Markup tools easier by putting them right in your face rather than hiding them behind another button and a menu.

You can learn all about the conveniences afforded by the QuickMarkup jailbreak tweak in our full review post.

We wish we could keep going with respect to the best jailbreak tweaks for the Photos app in iOS 14, but we intend to reserve slots in these posts for only the best of the best.

If you feel we missed any important jailbreak tweak releases that you use regularly, then feel free to leave a comment section down below discussing why, as fellow readers may benefit from it.