Most of us have a few photos in our Photo Library that we might want to keep to ourselves, especially in the case of handing our phone to a friend or stranger who might scroll through our Photo Library.

The Photos app includes a dedicated “Hidden” album for instances just like these that can be used to omit certain media from the Photo Library, but unfortunately, it isn’t protected in any way, shape, or form.

HiddenLock14 is a new and free jailbreak tweak by iOS developer yan that changes this person caveat by requiring the user to authenticate themselves before opening the Photos app’s “Hidden” album. 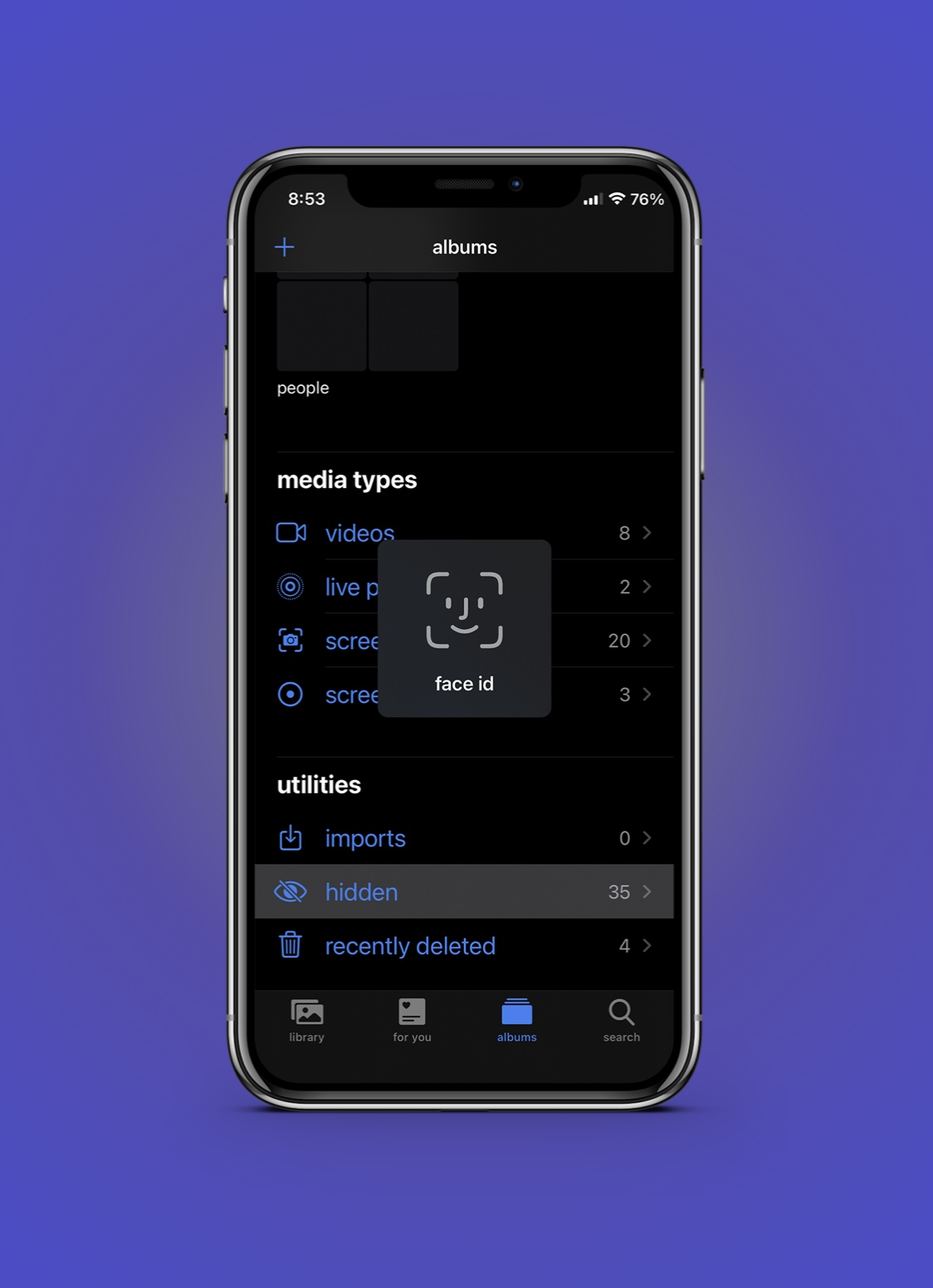 In the screenshot example above, you’ll see that the user is being required to authenticate with Face ID before being able to open the Photos app’s “Hidden” album. It’s amazing that Apple doesn’t force something like this one a stock installation of iOS or iPadOS given the nature of hiding material from the parent album, so we command HiddenLock14 for picking up Apple’s slack here.

As you might come to expect, HiddenLock14 doesn’t come with any options to configure. Using the tweak is as easy as opening the Photos app and navigating the to the “Hidden” album as you normally would, after which you will be required to authenticate with whichever method your handset is set up for — in this case, that’s Face ID. To disable the tweak, you would need to uninstall it.

If you hide sensitive photos or media using Apple’s native “Hidden” album and wish it did more to protect that data, then HiddenLock14 might be for you. The tweak is available for free from the BigBoss repository via your favorite package manager and supports jailbroken iOS 13 and 14 devices.

Do you plan to secure your handset’s “Hidden” album with the new HiddenLock14 tweak? Let us know why or why not in the comments section down below.