We witnessed the unveiling of the brand new iPhone 14 lineup this past week, but that hasn’t swayed loyal jailbreakers away from their favorite hobby.

In this week’s roundup, iDB will be discussing all the latest jailbreak tweak releases and jailbreak-centric news breaks spanning the week of Monday, September 5th to Sunday, September 11th.

As always, we’ll begin this piece by talking about our favorite jailbreak tweak releases and then wrap things up with an outline of everything else afterward. So without further ado, let’s hop right in. 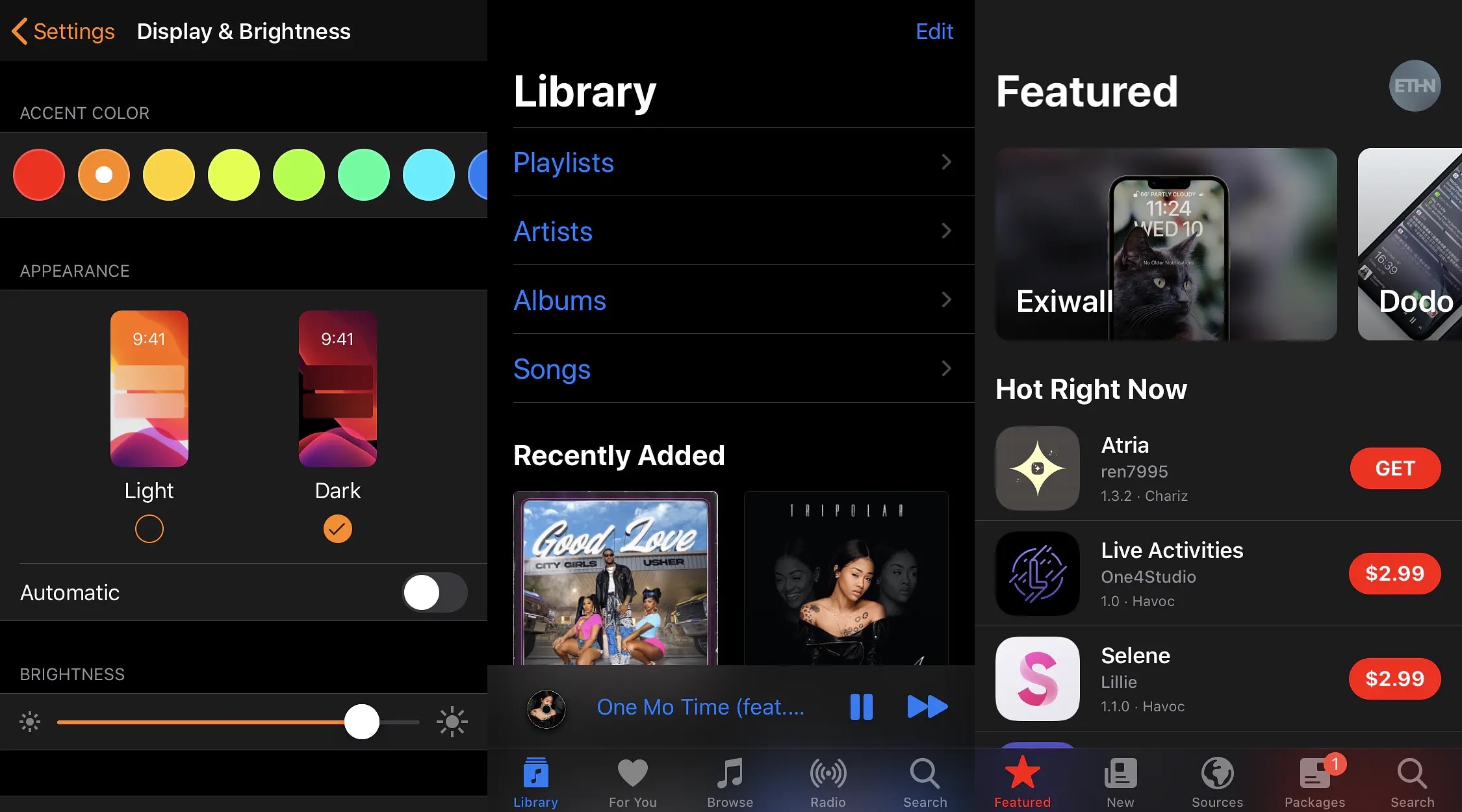 AccentColor is a free jailbreak tweak that lets you colorize your iPhone’s UI using whatever color you want.

The colorization technique appears to be heavily inspired by the tinting option in macOS, so with this tweak, you can have some symmetry across your device lineup.

You can learn more about AccentColor and what it colorizes in our full review post.

TrollStore Helper is a new and free add-on that makes it easier to install the TrollStore perma-signing utility on jailbroken iOS 14.0-14.8.1 devices.

You can find out more about TrollStore Helper in our release post.

StillWatching?: Asks if you have fallen asleep (free via sourcelocation repository)

w2 Pro: Use a selected video to replace the real picture of your camera (free via BigBoss repository)

Best iOS 16 Feature-Porting Jailbreak Tweaks: We show you what we believe are some of the best jailbreak tweaks for porting iOS 16 features to pwned iOS 14 devices.

How to install TrollStore: We show you how you can install the TrollStore perma-signing utility on jailbroken iOS 14.0-14.8.1 devices with the new TrollStore Helper tool.

Odyssey Team: A fresh update on the status of the upcoming Cheyote jailbreak for iOS & iPadOS 15.0-15.1.1 was provided by the Odyssey Team.

Shortcuts: Someone made an add-on for the Shortcuts app for keeping the TrollStore perma-signing utility updated.

TrollStore: The TrollStore app perma-signing utility for iOS & iPadOS 14.0-15.1.1 devices received a bevy of important updates to address the user experience over the weekend, and even more updates on Monday. A week later, version 1.0.8 was released with more improvements.

Although we’re coming up on the end of this week’s jailbreak tweak and content roundup, we suggest that you stay turned throughout the coming week as we continue to cover the latest releases and news breaks.

What was your favorite jailbreak tweak release and/or news tidbit from this past week? We can’t wait to read your comment below.