If you’re keen on using Apple’s Shortcuts app to make short work of tasks that you would normally have to perform yourself, and you also happen to be a fan of opa334’s new TrollStore perma-signing utility for iOS & iPadOS 14.0-15.1.1, then we’ve got just the niche piece of news to put you in a good mood. 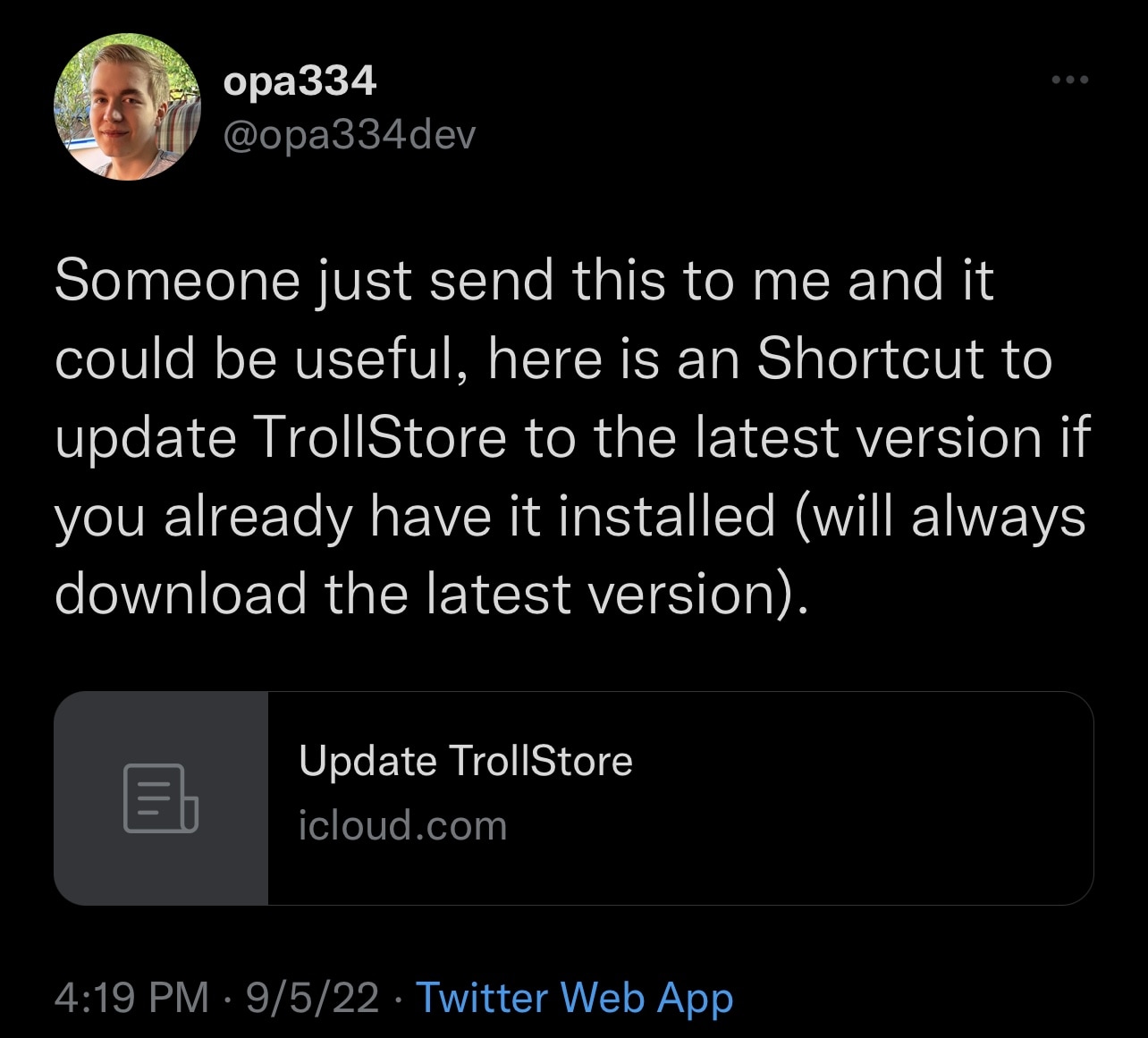 In a Tweet shared by the TrollStore developer on Monday, it seems that someone has made a Shortcut that fetches and installs the latest version of the TrollStore utility from GitHub. The Shortcut is available via an iCloud link and can be easily added to the Shortcuts app via the linked page where users will find a blue “Get Shortcut” button. 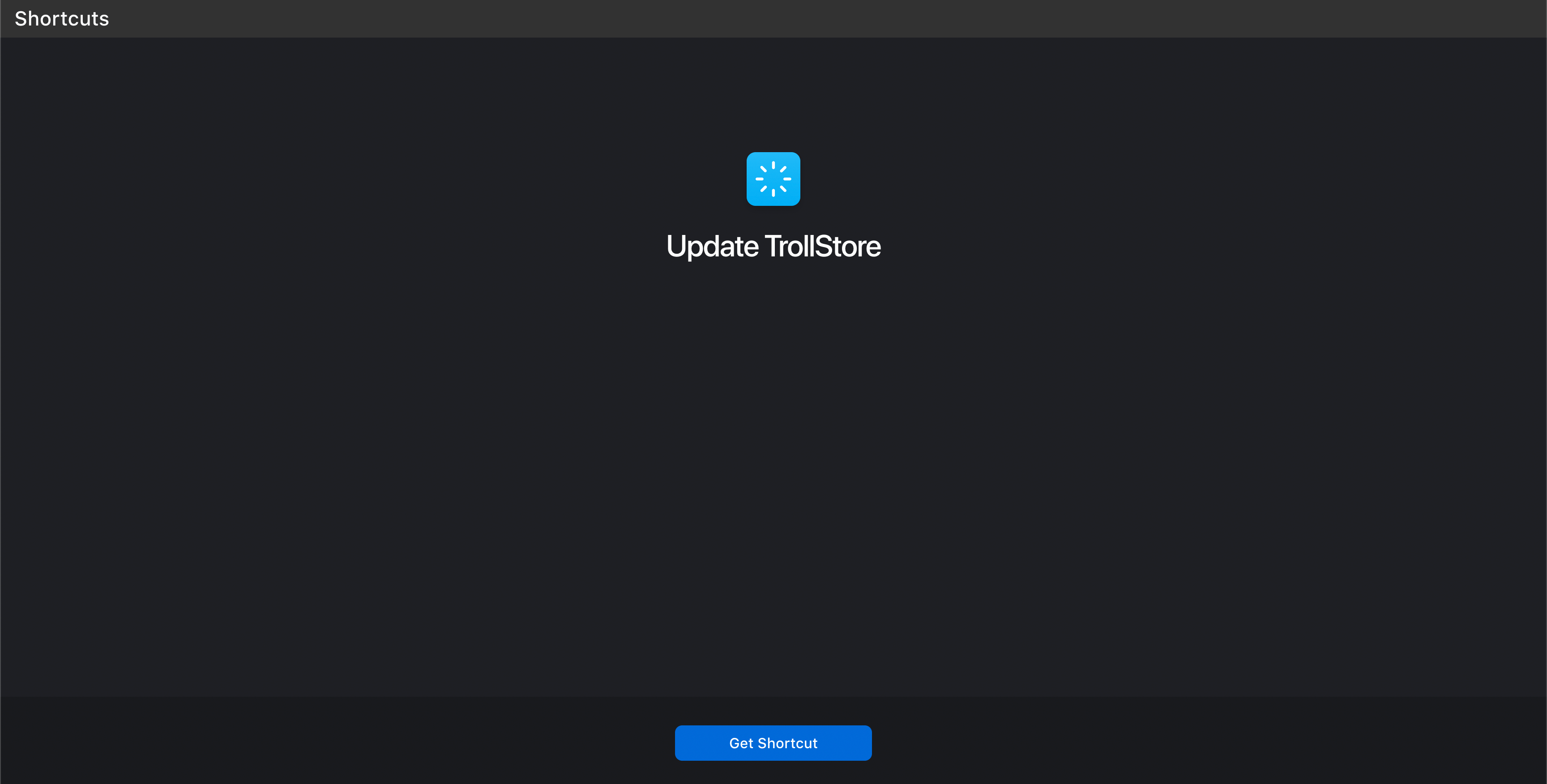 Likewise, a similar version of the TrollStore Shortcuts app-based updater is making rounds on /r/jailbreak, and was also shared via an iCloud link. The Reddit thread depicts a screenshot of the actual Shortcut being used, allowing us to better understand how it works:

While the Shortcut completes the same task as merely updating TrollStore yourself, it reduces the number of steps you take to do so, which could make it a useful add-on for existing TrollStore users who want to keep up to date as updates come out.

Do you plan to take advantage of the new Shortcuts app-based TrollStore updater, or will you continue to update manually instead? Let us know in the comments section down below.