TrollStore by iOS developer opa334 has been all the rage as of late. This handy utility lets iOS & iPadOS 14.0-15.1.1 users perma-sign .ipa files on their iPhone or iPad without having to re-sign those apps every seven days (or yearly, depending on the type of Apple developer account you have) as you would normally need to do when sideloading with a solution such as AltStore or Sideloady.

For iOS & iPadOS 14.0-14.8.1 devices, TrollStore can be installed as a .deb file, either by downloading it directly from the GitHub page and installing it manually, or more preferably, by using the TrollHelper package that is now available via the Havoc repository in your favorite package manager app.

In today’s tutorial, we’ll be waking you through the process of installing TrollStore on your jailbroken iOS or iPadOS 14 device so that you can enjoy the many benefits of perma-signing .ipa files — such as not having to re-sign your beloved jailbreak app, be it unc0ver or Taurine.

To get started with installing TrollStore on a compatible iOS or iPadOS 14.0-14.8.1 device, one merely needs to the follow the steps outlined below:

1) Open your favorite package manager app and tap on the Search tab: 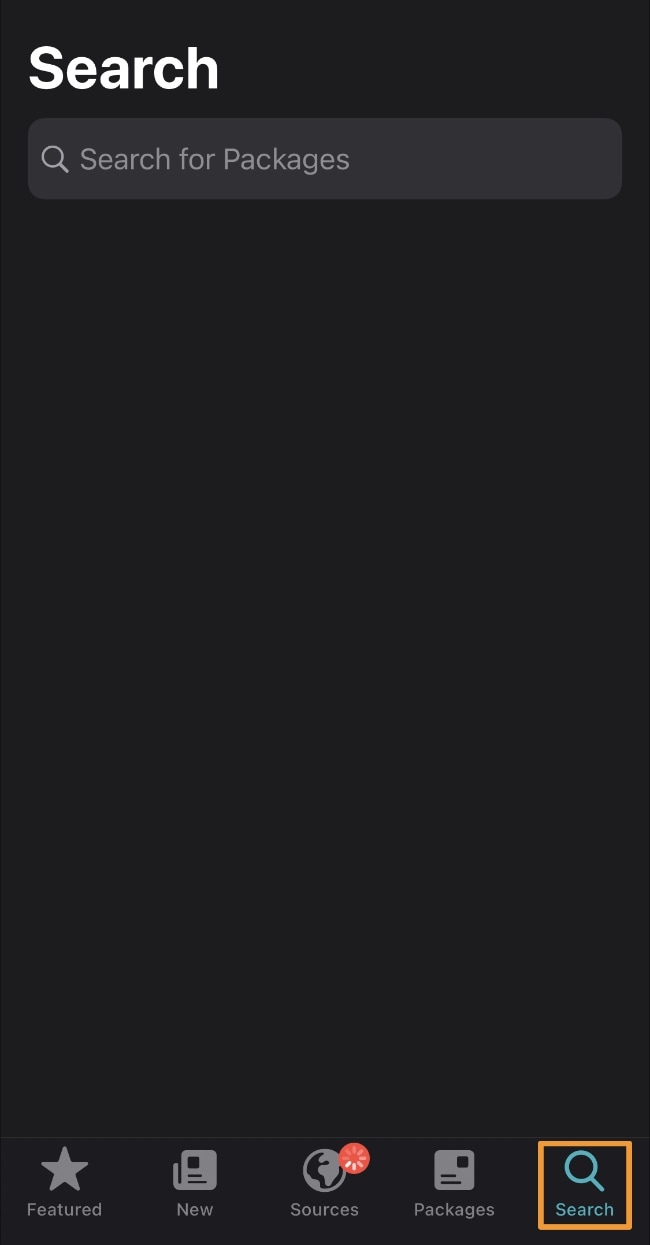 Note: For the purposes of this tutorial, we will use Sileo. The steps are similar if using Cydia, Installer, Zebra, or another package manager app.

2) In the search bar, type “TrollStore” and tap on the TrollStore Helper package: 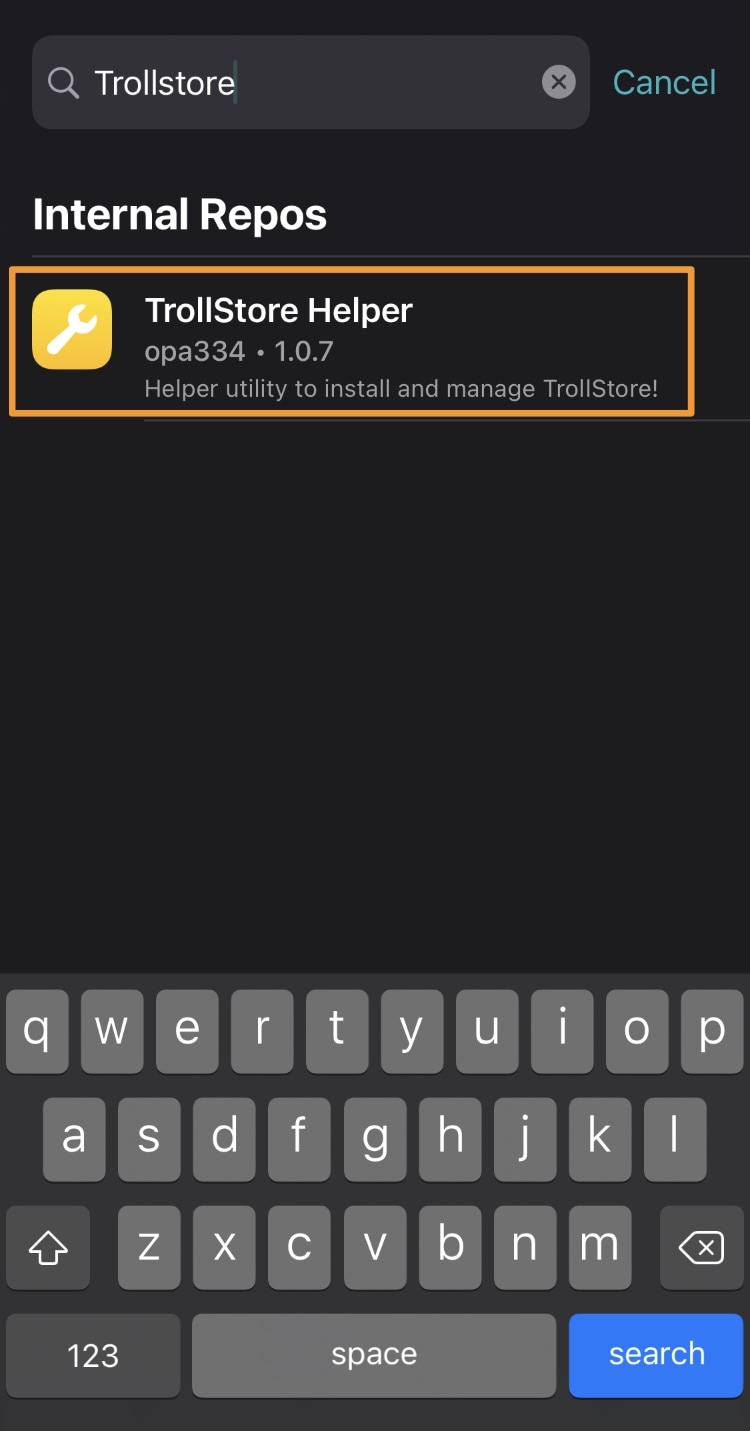 Note: If the TrollStore Helper package isn’t appearing for you, then you may need to refresh your sources or entire that you’re using the Havoc repository. If you’re not, then you can add it to your package manager app of choice by using the URL embedded below: 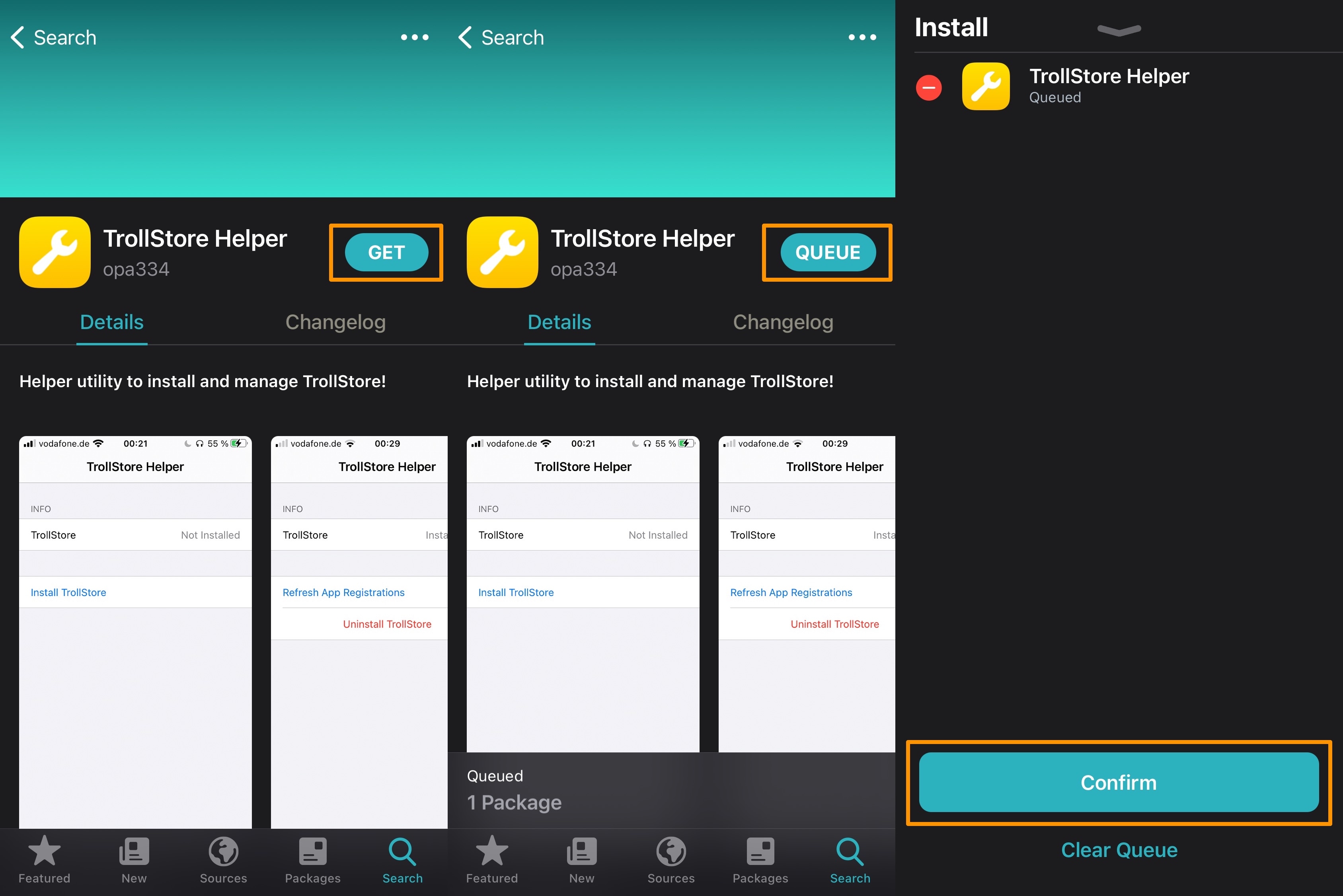 4) Tap on the Queue button.

5) Tap on the Confirm button.

6) Once the install finishes, tap on the Done button:

7) Go to your Home Screen and launch the TrollStore Helper app: 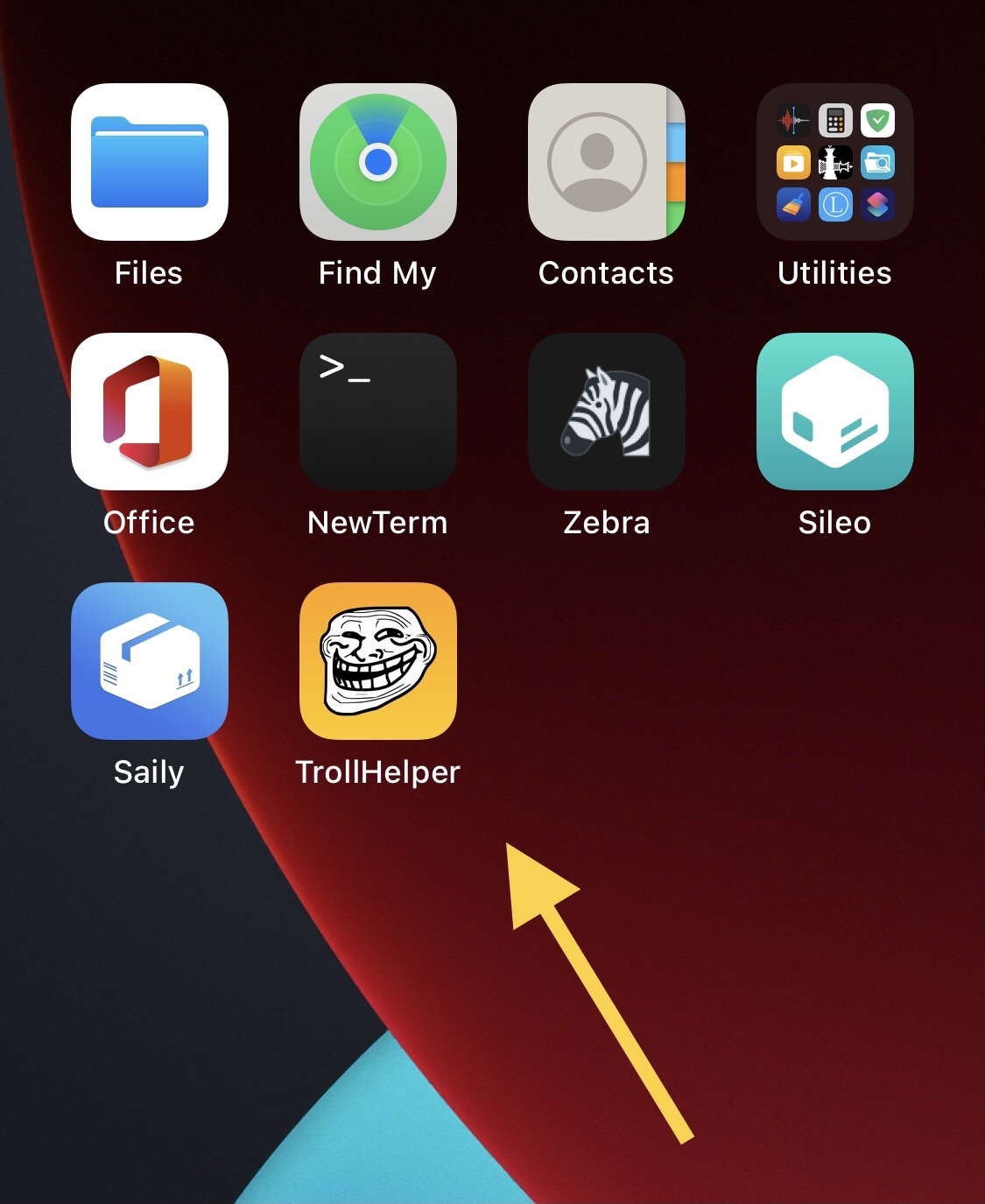 8) Tap on the Install TrollStore button: 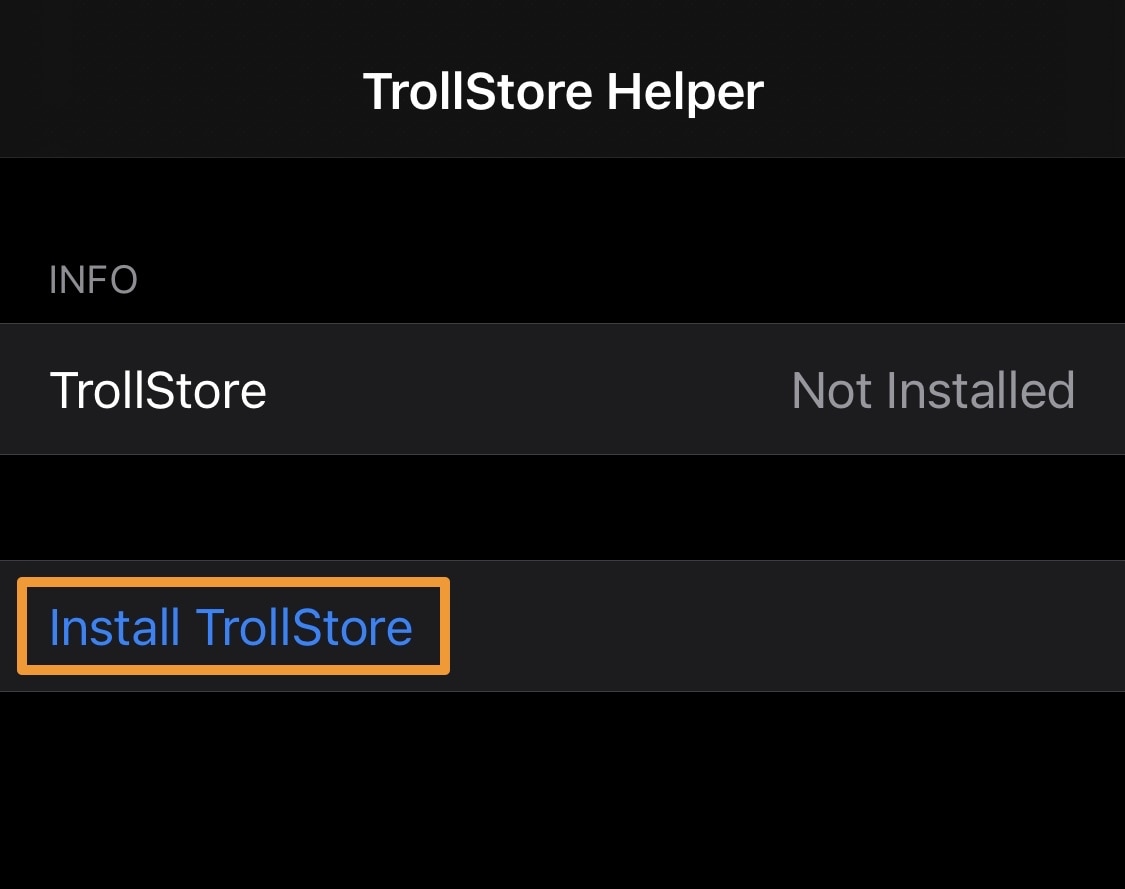 Note: Your device will respring, and when it does, you should find the TrollStore app on your Home Screen, like so: 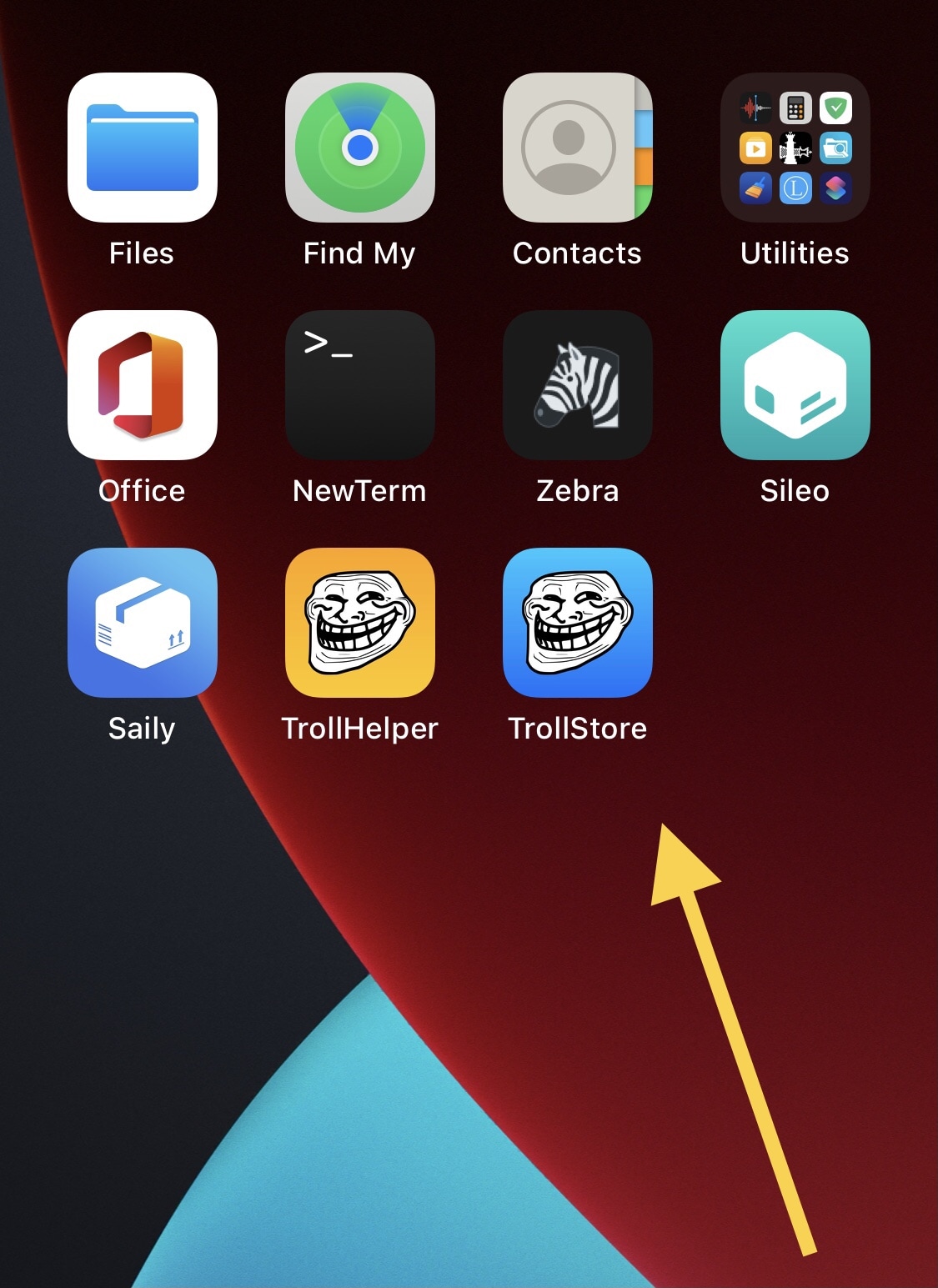 Congratulations; you’re ready to start perma-signing .ipa files on your iPhone or iPad!

TrollStore is especially useful for jailbreakers because it can keep a jailbreak app .ipa permanently signed. This means you have more of a semi-untethered experience with that jailbreak app rather than a semi-tethered jailbreak experience because you won’t need to connect to a computer every so often to re-sign the app in question.

But even if you’re not using TrollStore for jailbreak apps, it’s handy for perma-signing other .ipa files, such as those that you might sideload using other utilities. Never again will the app crash on you after seven days of signing, because those apps will stay signed indefinitely due to the exploit TrollStore utilizes.

Also read: How to install TrollStore on non-jailbroken iOS 15.0-15.1.1 devices

Did you manage to install TrollStore using the steps outlined above? Be sure to let us know in the comments section down below.