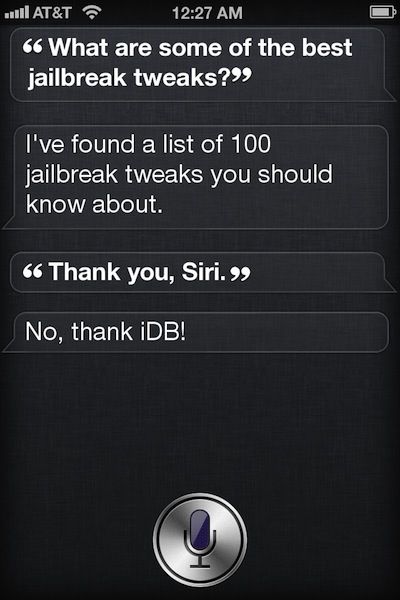 With the recent release of the untethered jailbreak for iPhone 4S and iPad 2, the time has come for many of us to install some of our favorite jailbreak apps and tweaks again. Because there was no jailbreak for your iDevice for a few months, you might have been out of touch with the tweaks that recently came out.

But don’t worry, we’ve got you covered! We handpicked 100 jailbreak tweaks we think you should check out. Take your time to peruse this list. We’re confident you’ll find a few tweaks interesting enough to install on your freshly jailbroken iPhone 4S or iPad 2…

If that’s too overwhelming, we did all the legwork for you and have selected the best jailbreak tweaks for iPad and 10 awesome tweaks for iPhone 4S.

Note that all these tweaks are not necessarily “must have” tweaks. They are tweaks that were released in the last six months that we think you should know about and take a look at. So don’t be surprised if you don’t see BiteSMS, LockInfo, or SBSettings in there…

We’re always on top of the new jailbreak apps and tweaks coming out, so stay tuned for more coverage. In the meantime, let us know which of these apps you would recommend downloading.