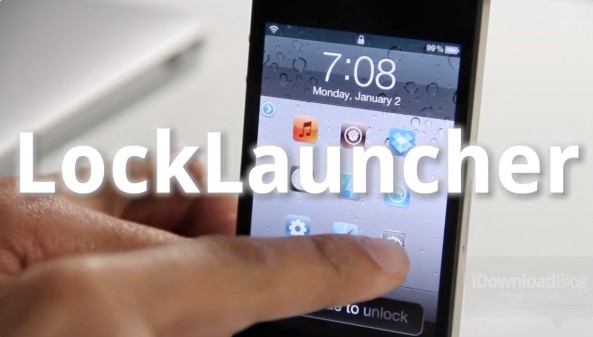 LockLauncher — not to be confused with, well, LockLauncher — is a jailbreak tweak that allows you to launch up to 9 different apps directly from your lock screen.

Despite its unoriginal name, LockLauncher differs from the previous LockLauncher we reviewed last summer. This version of LockLauncher is both free, and features the ability to launch more apps.

The one thing about LockLauncher that I wish was different were the animations after launching an app. Instead of directly launching the app, it went through the motions of the unlocking animation, and then launched the app at the Home screen. That seems like a pretty inefficient method for launching apps because it slows you down. Instead, it would have been nice if an app would directly launch without the need of the unlocking animation.

If you have a passcode lock enabled, LockLauncher will require the passcode before the app is launched. That’s a good thing, meaning the tweak doesn’t compromise your device’s security.

If interested, you can download LockLauncher for free from Cydia. Let us know what you think about it in the comments below.