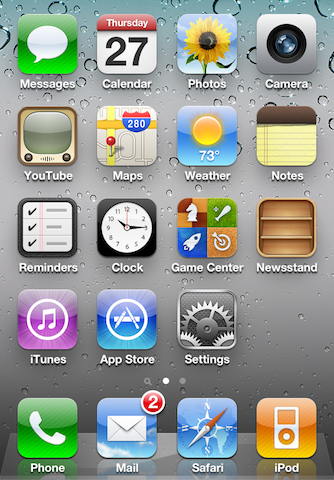 I never understood why Apple decided to make the iPhone like the iPod touch — separating the iPod app into Music and Videos — but I guess they are wanting to move away from the “iPod” moniker.

If you hate having separate Music and Video apps as much as I do, then you’ll certainly be interested in Unified iPod for iOS 5 — a jailbreak tweak that brings the iPod app back in style on iOS 5…

Regaining your iPod app is as simple as installing this free tweak from Cydia and respringing. Once you’re back to your Home screen, the familiar iPod app will be back in its normal place, while the Music and Videos apps are no more.

The only downside to this tweak is a very nitpicky one; the Videos icon that appears in your iPod app’s shortcut links are missing. Surely this was just an oversight, and there’ll likely be an update to the tweak to address this issue.

If you’re sick and tired of two icons taking up the space of one, then try out Unified iPod for iOS 5, and let us know what you think about it below.