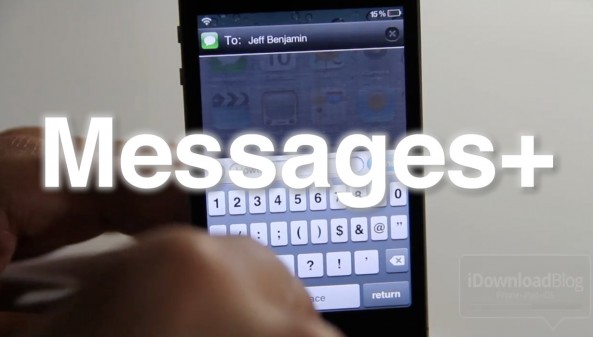 Why would anyone buy Messages+ alone when you can get it with another great jailbreak app for $2.00 more? Let’s take a look…

There are two possible scenarios. First, for those who hate IntelliScreenX (I know, that’s crazy) but love the built-in messaging functionality, they can buy it separate for a $2.00 discount at $7.99, instead of IntelliScreenX’s $9.99 asking price.

The second scenario is this: you already own Messages+’ predecessor, Tlert. Intelliborn has generously decided to extend free upgrades to previous owners of that jailbreak tweak. So when you think about it, it’s really a great thing that Messages+ is available as a standalone package.

That right there is proof again that developers aren’t just out to pilfer your hard earned money as many may believe. It would have been easy for Intelliborn to justify making all users pay full price again, but they didn’t. Props to them for that.

Messages+ is no biteSMS when it comes to features, but for those who want simple quick reply and quick compose, you can’t go wrong; especially when it’s bundled in for free with IntelliScreenX.