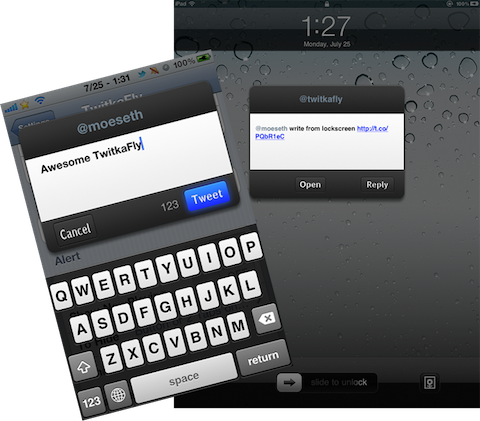 As Jeff highlighted in the latest edition of “What’s On My iDevice?,” TwitkaFly has been updated to version 2.0. If you haven’t heard of TwitkaFly, it’s a jailbreak tweak for the iPhone and iPad that lets you tweet quickly through a super fast and easy Activator shortcut.

TwitkaFly 2.0 brings a slick redesign of the tweet compose window, and it also adds support for Tweetbot. If you like to tweet from a jailbroken iDevice, TwitkaFly is an essential tool…

TwitkaFly takes the quick reply feature of BiteSMS and brings that to Twitter. You can use TwitkaFly with the official Twitter app and Tweetbot, and assigning an Activator gesture lets you easily compose tweets from anywhere on your iPhone’s springboard.

You can watch Jeff’s original review of TwitkaFly to get the general feel of the tweak, and version 2.0 only makes TwitkaFly better. I was skeptical of TwitkaFly at first, but after using it, I’ve realized that it’s a must-have jailbreak tweak for any Twitter user.

The main reason I didn’t use TwitkaFly originally was because it didn’t support my favorite Twitter client, Tweetbot. In version 2.0, TwitkaFly works great with Tweetbot’s new support for push notifications, and the gorgeous design of the compose screen got me hooked.

I assign TwitkaFly in Activator to my iPhone’s volume keys. When I press the up and down volume toggles simultaneously, TwitkaFly pops up no matter what I’m doing on my iPhone. Another awesome feature is that TwitkaFly lets you quick reply to your Twitter mentions as they are sent to you. 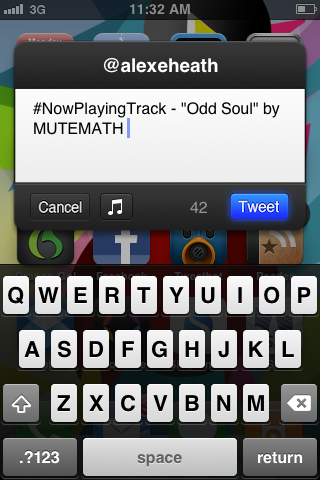 Another cool feature of TwitkaFly is the ability to tweet song info for the track that’s playing from your iPod app. A little music icon in the tweet compose window will automatically add your song information to your tweet. This removes the need for other tweaks and apps that offer that feature.

One thing I would like to see in TwitkaFly is the ability to add photos/video from my iPhone’s camera roll. To do that, you’ll still need to go into an actual Twitter app.

Overall, TwitkaFly 2.0 is an excellent jailbreak tweak. You can pick it up for $1.99 in Cydia.

Let us know what you think of TwitkaFly 2.0!