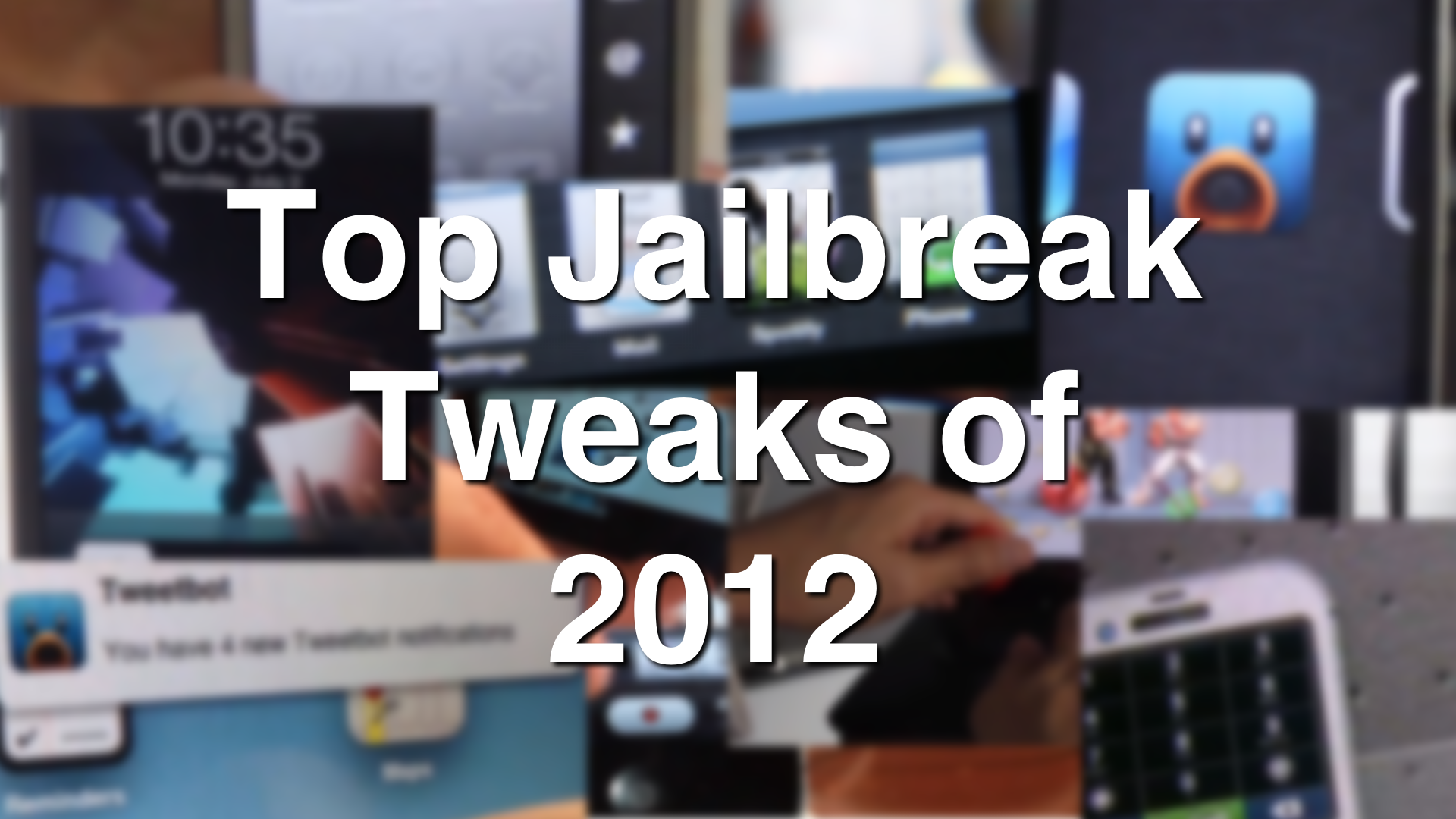 A few weeks ago I published a somewhat controversial post about jailbreaking, and how its popularity is waning. This wasn’t intended to be controversial, but it ended up that way, and after some thought I began to backtrack (a bit) on my stance.

The problem stemmed from the fact that I didn’t do a very good job of explaining my stance. I didn’t intend to say that jailbreaking was dead, my main point was just to show how innovation in the jailbreak community was being stifled by sometimes lazy developers, but mostly by Apple’s efforts to stamp out jailbreaking.

While I still stand by my post, I felt that I needlessly ruffled a few feathers, and probably should have kept those thoughts to myself for the time being. When I began to work on this post — the top jailbreak tweaks of the year — it became more apparent that we actually have seen lot of innovation this year. Most of that innovation was earlier in the year, but nevertheless, there have been lots of great jailbreak tweaks to come out in the last 12 months.

Take a look inside as we cover some of this year’s best jailbreak efforts from the development community. I’ll also crown 2012’s top jailbreak tweak of the year.

Here is our complete list of top jailbreak tweaks for 2012 (in no particular order). We understand that perhaps we omitted your favorite jailbreak tweak. That’s not to say that other tweaks aren’t worthy enough to make this list, but a lot of factors were considered here, and to be honest, there were so many tweaks released in 2012, that we may have left off one or two by accident. Still, if you’re new to jailbreaking, or you haven’t kept up with it like you should, this list is a fine start to get your going.

Be sure to click on the name of the tweak for a full article accompanied by a full video walkthrough of each tweak (or app) in action.

As you can see, Auxo is our top jailbreak tweak of the year. It was a tweak that started as a mere concept, eventually finding its way to reality by means of a very talented development and design team. A lot of times you’ll find a tweak that a lot of people get excited about, but there’s still a very vocal group of individuals who don’t particularly like the idea or the way it was implemented.

Auxo defied this trend, and is almost universally praised for its excellence. The main complaint about the tweak is that it just isn’t available for all devices and iOS versions as of yet.

Obviously, the lack of an iOS 6/iPhone 5 jailbreak hurts a bit, but there have been a lot of good tweaks and apps to come down the pipeline over the year, especially during the beginning and middle of the year. As I look back on this year, I can say with a certainty, that from a pure development standpoint, 2012 was one of the best years for jailbreaking yet.