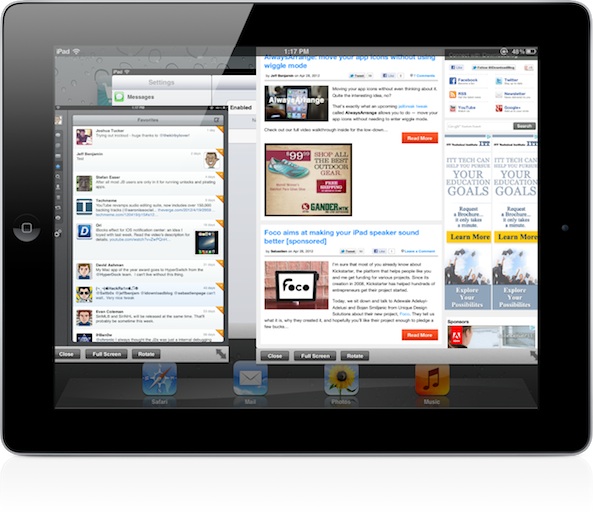 A new $9.99 jailbreak tweak was released for the iPad today on Cydia, and it goes by the name of Quasar.

Quasar is a tweak that’s exclusive to jailbroken iPad’s, and it allows you to have a true window based multitasking session with your iPad.

As you know we’ve been fairly adamant about a true multitasking solution for the iPad for quite some time now, so we’re excited to see what Quasar can do for iPad users.

Full story and video walkthrough inside…

I’ve had the opportunity to play with Quasar for a while, and I’ve come to the conclusion that this could be a significant jailbreak tweak for the future.

It still has a few bugs and glitches to work out, but I’m thoroughly impressed with its functionality thus far.

Opening up multiple windows, dragging them, and making them full screen, all performed really well on my iPad 2 from a pure performance standpoint.

Granted, there were a few bugs with the orientation (apps kept wanting to open up upside down), which required me to use the rotate button to orient them. I also encountered a few instances where the apps would be stuck in portrait mode, while the drag handle at the bottom remained landscape oriented. Lastly, if the handle at the bottom of the app somehow makes its way off screen, there’s no real way to recover that app, you have to restart the app completely. 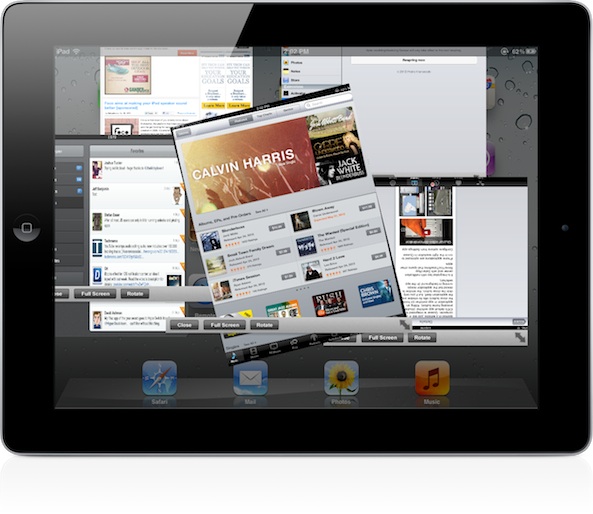 My next gripe with Quasar isn’t really the developer’s fault at all. It’s the fact that small windows just don’t work on the iPad 2’s non-retina display. I have a feeling that once we get an iPad 3 jailbreak, this will work gloriously. In the meantime, it’s just really difficult to discern smaller text as a result of the reduced windows.

When taking everything into consideration, Quasar simply isn’t very practical in day to day use. Don’t get me wrong, it’s one of the most amazing and ambitious jailbreak tweak I’ve ever seen for the iPad, or iPhone for that matter, but I just can’t see myself gaining much practical benefit out of its current implementation. 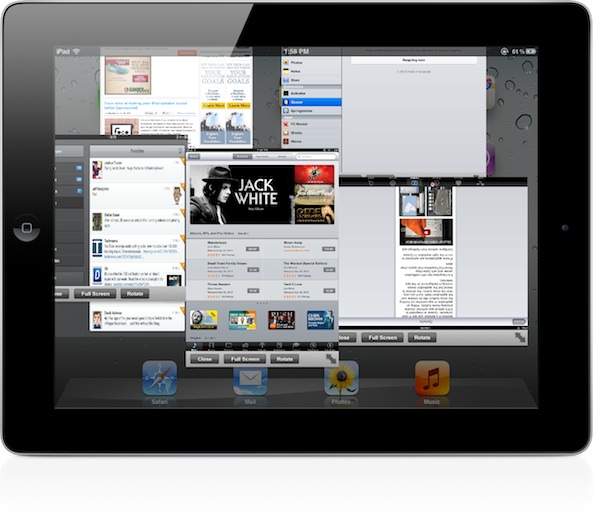 If the developer adopted an option that was more in line with my MultiLayer concept, then I could see it being more useful. I’m not saying this just because I made that concept design, I just think that’s the best setup for multi window multitasking on such a small screen. I think two side-by-side windows are the maximum amount of windows to derive any real benefits. As it stands, the iPad just lacks the necessary screen real estate (and pixels for the iPad 2 or original iPad) to make it very useful in real world usage.

With all that being said, if you want to impress your friends, I mean really impress them, then feel free to drop $9.99 (BigBoss repo) for Quasar. In its current iteration, I believe it’s only useful as a technical demo. With some bug fixes, and a fleshing out of the idea, I could see Quasar as being a must have jailbreak tweak, and in fact, a reason alone to jailbreak — especially for the retina enabled iPad 3.

Update: after speaking with the developer — Pedro Franceschi — he says he’s actively working on bug fixes for the next release, and he’s also working on adding Bluetooth keyboard support, which should make things even more interesting. Stay tuned!

Update 2: Quasar has been updated to fix the orientation bugs. It now works just like you would expect, and is much more usable this time around. If you have Quasar, be sure to head over to Cydia to update to the latest version 1.0.1. For the record, I’ve notice that the majority of the orientation issues are fixed, but I still experience a problem with Cydia always appearing upside down. Let me know what you guys find.