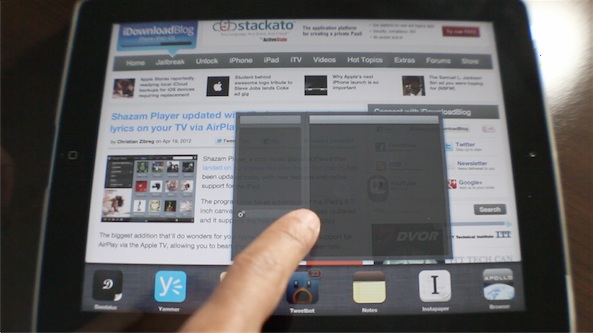 Make no mistake about it, the iPad is a wonderful desktop alternative for some. I know plenty of people who use it as their main computing device, which makes it live up to Apple’s Post-PC billing.

But there’s still one gripe in my mind that is holding the iPad back from true greatness. It’s a missing feature that’s inherently obvious when you’re blogging, or doing anything else that calls for true multitasking.

The iPad needs a way to view two or more apps simultaneously.

Of course you can work around this limitation; plenty of people are doing it on a day-to-day basis. But the fact of the matter is this: in many cases you’re working slower than need be.

Solving this problem is incredibly simple, and with the processing power of the the new iPad, it’s beyond feasible.

Apple can go about implementing this functionality in any number of ways. Literally, I can think of nearly half-a-dozen strategies that it could use to pull this off wonderfully.

For one, they could extend the already existing multitouch gestures. A simple swipe from the bottom of the screen yields the App Switcher, and from there just tap and drag the second app to the main portion of the screen. 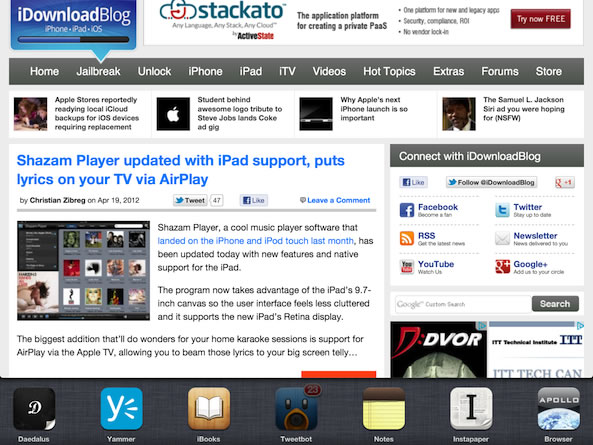 Open the app switcher, then tap and hold on the app that you want to add to the MultiLayer.

Apps could be snapped into place side by side, or one app could overlay another to quickly switch between the two. To remove an app from the MultiLayer view, simply select the app and press the Home button once, or kill it like we’ve been doing from the App Switcher. That will present the bottom layer app back into a normal full screen view. 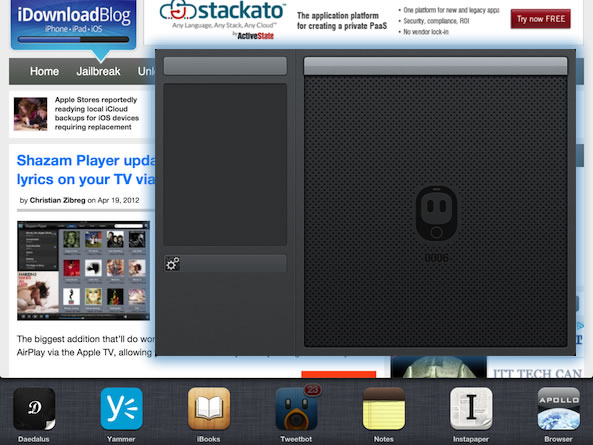 Drag the selected app into the main view and release. 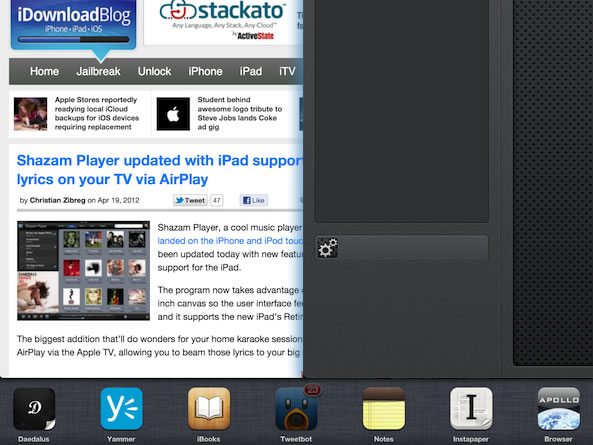 As stated, this is just one strategy that Apple could take, it’s probably not even close to the best solution that their engineers could come up with.

Of course this isn’t the only problem Apple needs to stamp out before I would consider the iPad as a true desktop replacement, but it would go a very long way to helping the cause.

Really, when you think about it, what else does Apple have left to do with the next iteration of iOS besides implementing a ton of Snow Leopard-esque refinements?

Running two apps together side-by-side is overdue for the iPad. Lets make it happen, Apple.