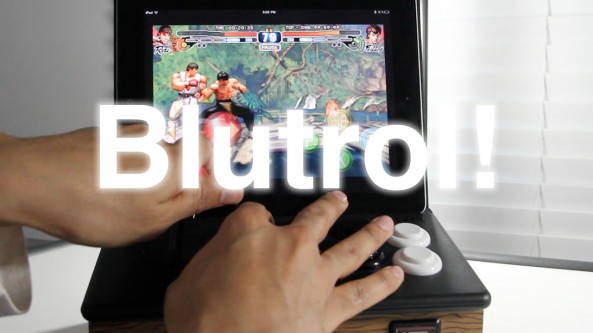 Blutrol is a recently released jailbreak app that allows you to map your iCade control cabinent to pretty much any game that features on screen controls. That means that the iCade is no longer limited to a handful of so-so games, which makes the device a lot more useful and appealing to gamers.

Basically, Blutrol transforms your iCade from a mere conversation piece, into a legitimate gaming machine. All you need is a jailbroken iPad, and you’re good to go…

I tested out Street Fighter 4: Volt, NBA Jam, and a handful of other games, and they worked just as expected. Games with on screen controls work great, but games without any sort of on screen controls, or controls that change based on situations won’t work as well.

Blutrol will set you back $6.99 on the Cydia store, but it’s well worth the 7 bucks if you’re a serious gamer with an iCade and an iPad. It also works with the iPhone, but the iPad is infinitely more compelling when mated with the iCade via Blutrol.

You will need a jailbroken iPad or iPhone in order to take advantage of Blutrol seeing as it is a Cydia app. iPhone owners are okay since there is an iOS 5.0.1 untethered jailbreak available, and iPad 1 owners are in the same boat. For iPad 2 owners, you have the option of either downgrading to iOS 4.3.3 and using Jailbreakme, or waiting until the iPad 2 and iPhone 4S untethered jailbreak drops any day now.

Put it this way, if they iPad 2 jailbreak wasn’t right on the horizon, I’d recommend iPad 2 owners downgrade their iPad’s to take advantages of the goodness that Blutrol brings to the table. It’s that good, and it’s that well thought out.

Are you an iPad owner with a iCade? If so, will you be purchasing out Blutrol?