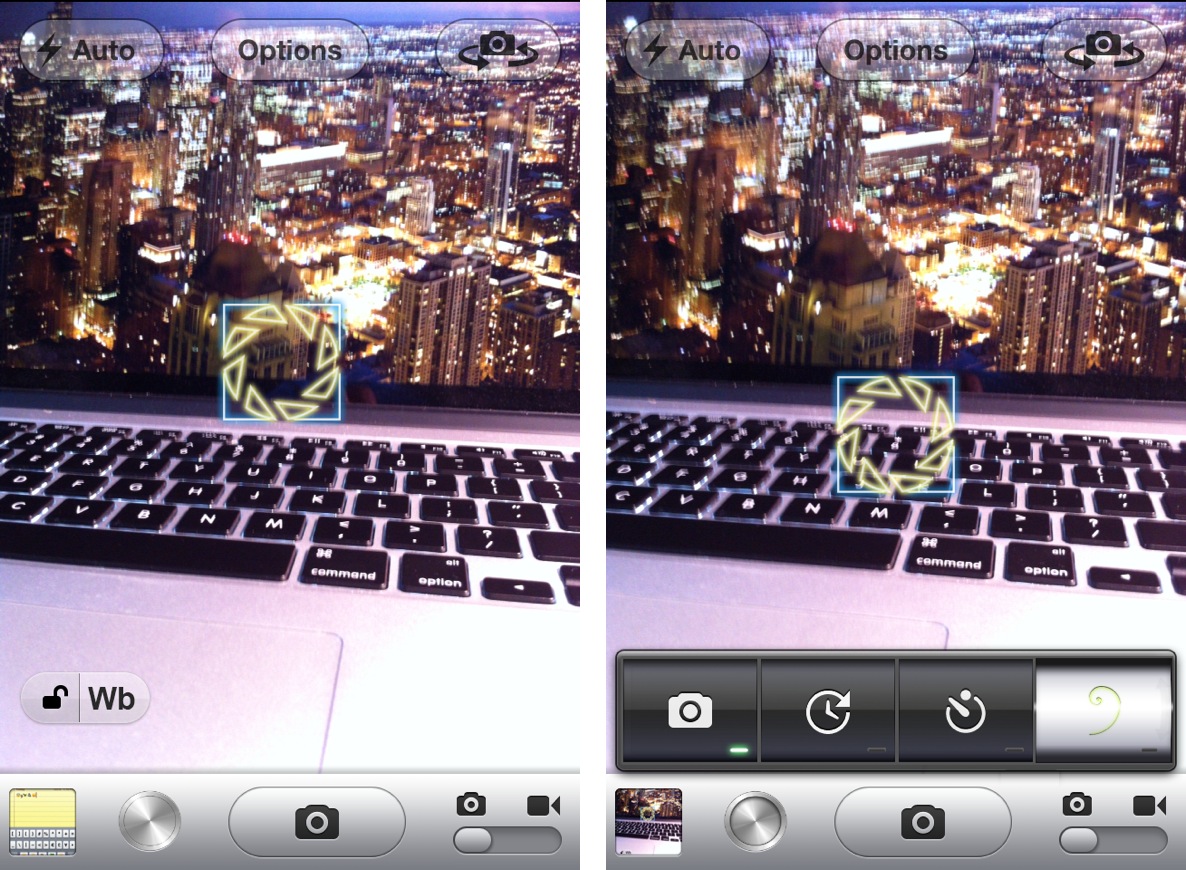 From a quality standpoint, the iPhone’s built in camera has always been near the top of its respective class. But, admittedly, there are a few chinks in the armor when it comes to advanced camera features.

For instance, there’s no countdown timer to be found inside the camera app. Also, more advanced features like independent reticles for exposure and focus are no where to be found. And what about a built in time lapse feature? That seems like only a mere dream at this point.

That is, of course, unless you are jailbroken.

Jailbreakers have the luxury of adding additional features to stock apps, and the Camera app is no exception. CameraTweak is a new jailbreak tweak that affords the ability to add all of the previously mentioned features into the stock Camera app, and then some. Take a look at our video walkthrough inside for the full details.

Once you install CameraTweak, you won’t notice any new settings panel inside the Settings app, but you will notice a host of new options within the stock Camera app.

To the left of the camera shutter button resides a new button that resembles the volume control slider knob found in the app switcher. Tapping this button engages a brand new panel, which flanks the stock set of buttons. The functions inside this new panel change depending on the current mode (photo or video) that you have enabled.

If you’re in photo mode, you’re presented with four buttons that perform the following:

Let’s break down each of these options, shall we?

Advanced mode
This mode is present on both photo and video. This mode allows you to swap out the combined exposure and focus reticle for two separate reticles geared towards handling exposure and focus. Each reticle can be positioned separately, and locked independently of one another using a tap and long hold. 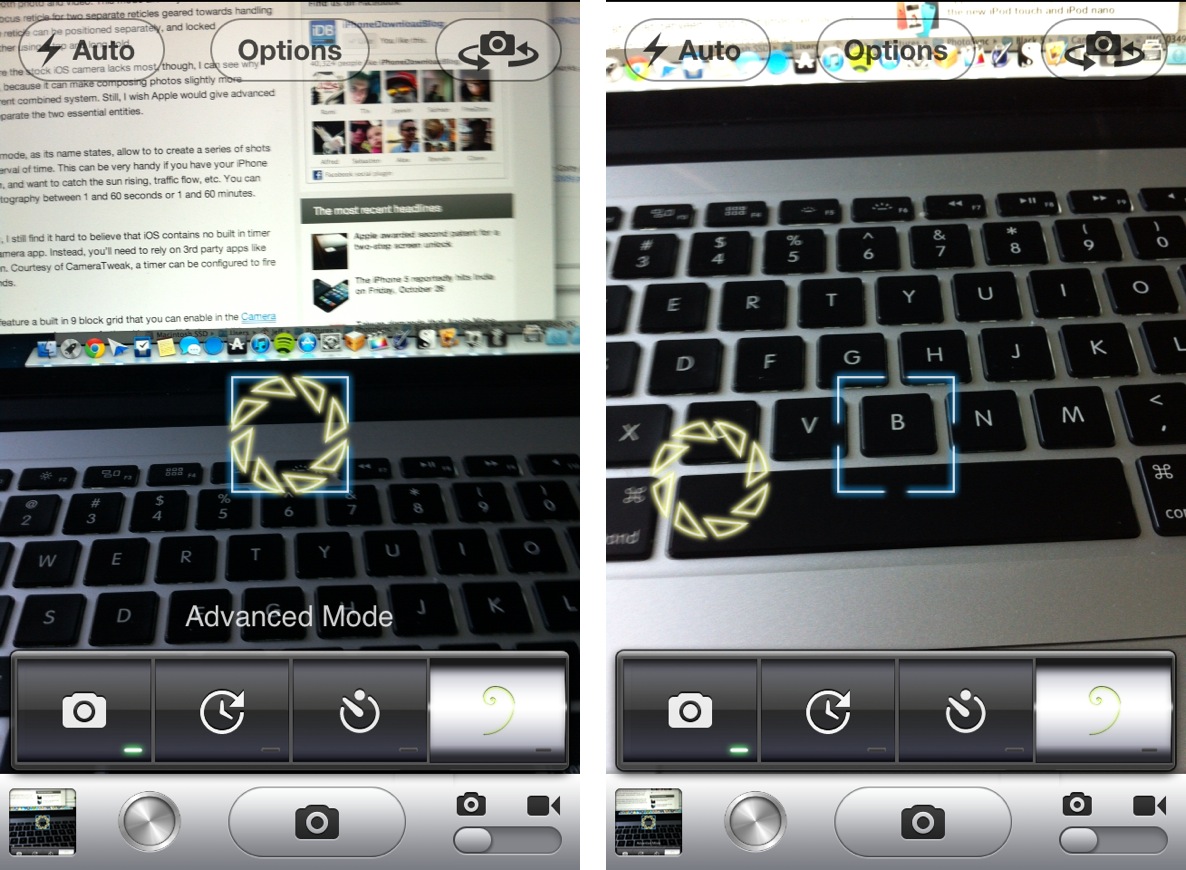 In my opinion, this is where the stock iOS camera lacks most, though, I can see why Apple omitted the option, because it can make composing photos slightly more complicated than the current combined system. Still, I wish Apple would give advanced shooters the option to separate the two essential entities.

Time lapse mode
Photos only. Time lapse mode, as its name states, allow to to create a series of shots over a specific preset interval of time. This can be very handy if you have your iPhone setup on a tripod system, and want to catch the sun rising, traffic flow, etc. You can configure time lapse photography between 1 and 60 seconds or 1 and 60 minutes. 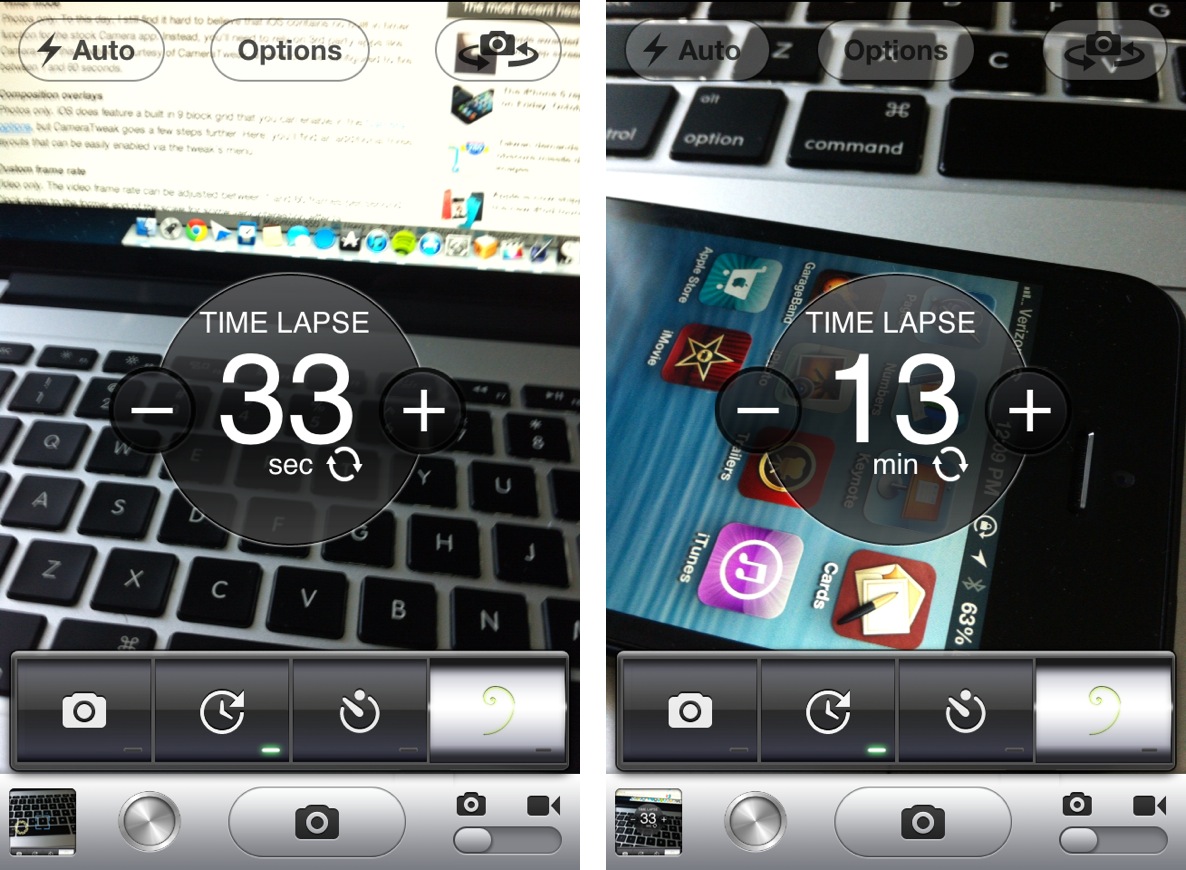 Timer mode
Photos only. To this day, I still find it hard to believe that iOS contains no built in timer function for the stock Camera app. Instead, you’ll need to rely on 3rd party apps like Camera+ for this function. Courtesy of CameraTweak, a timer can be configured to fire between 1 and 60 seconds. 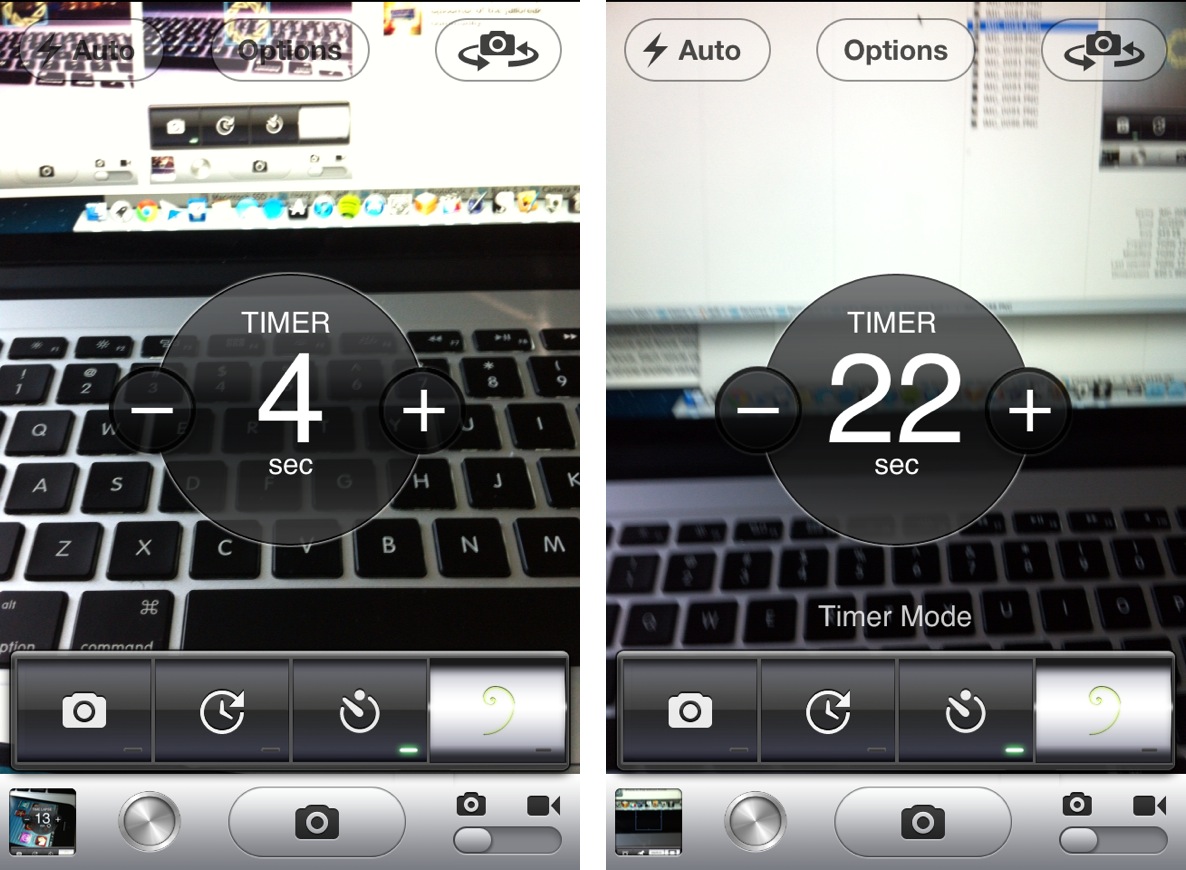 Composition overlays
Photos only. iOS does feature a built in 9 block grid that you can enable in the Camera options, but CameraTweak goes a few steps further. Here, you’ll find an additional three layouts that can be easily enabled via the tweak’s menu. 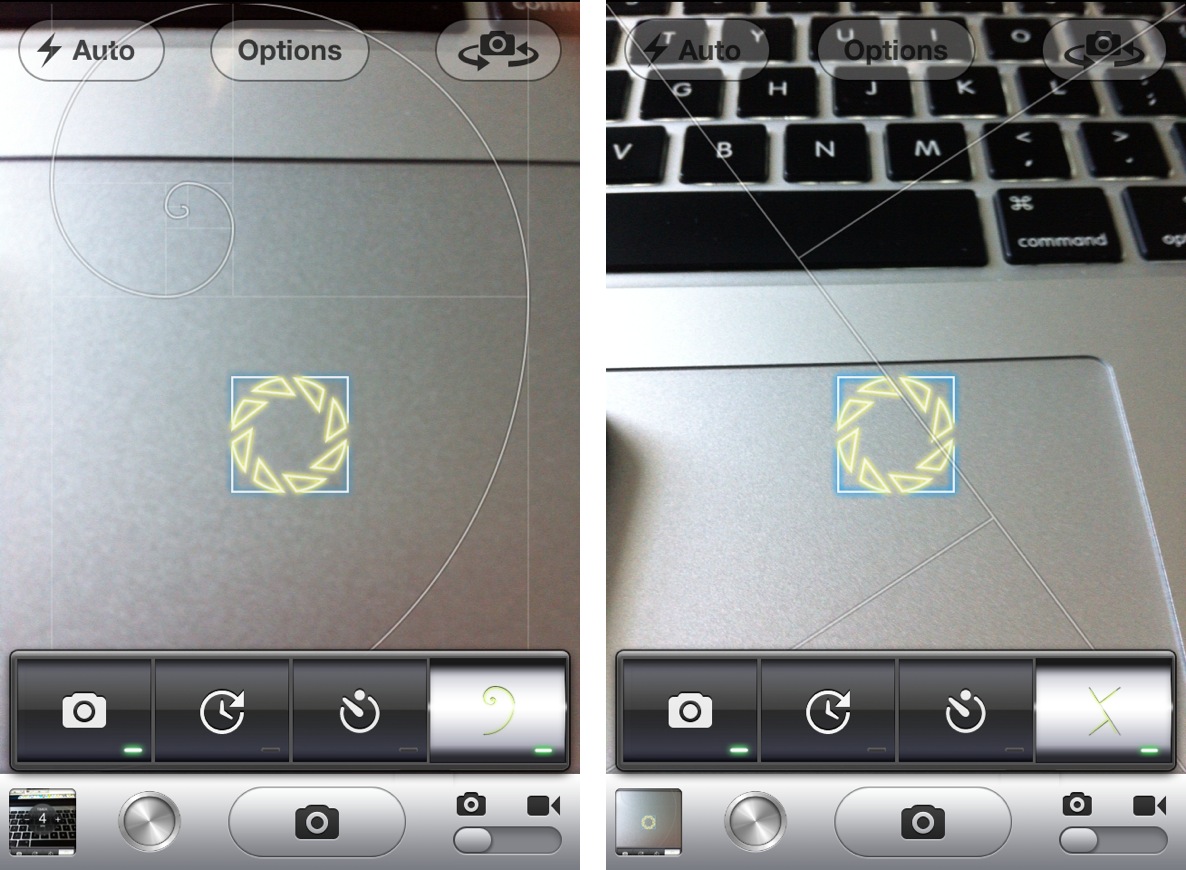 Custom frame rate
Video only. The video frame rate can be adjusted between 1 and 60 frames per second. Clock down to the former end of the scale for some very interesting effects. 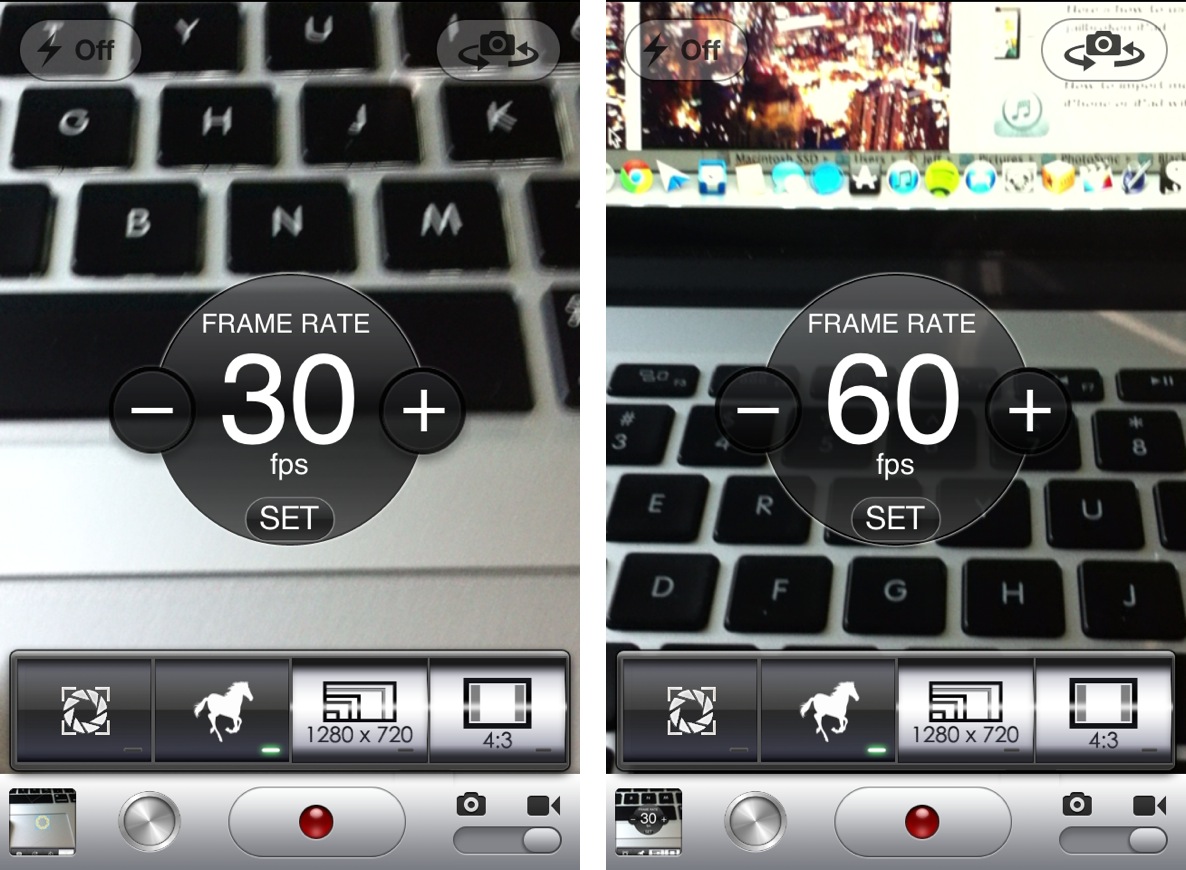 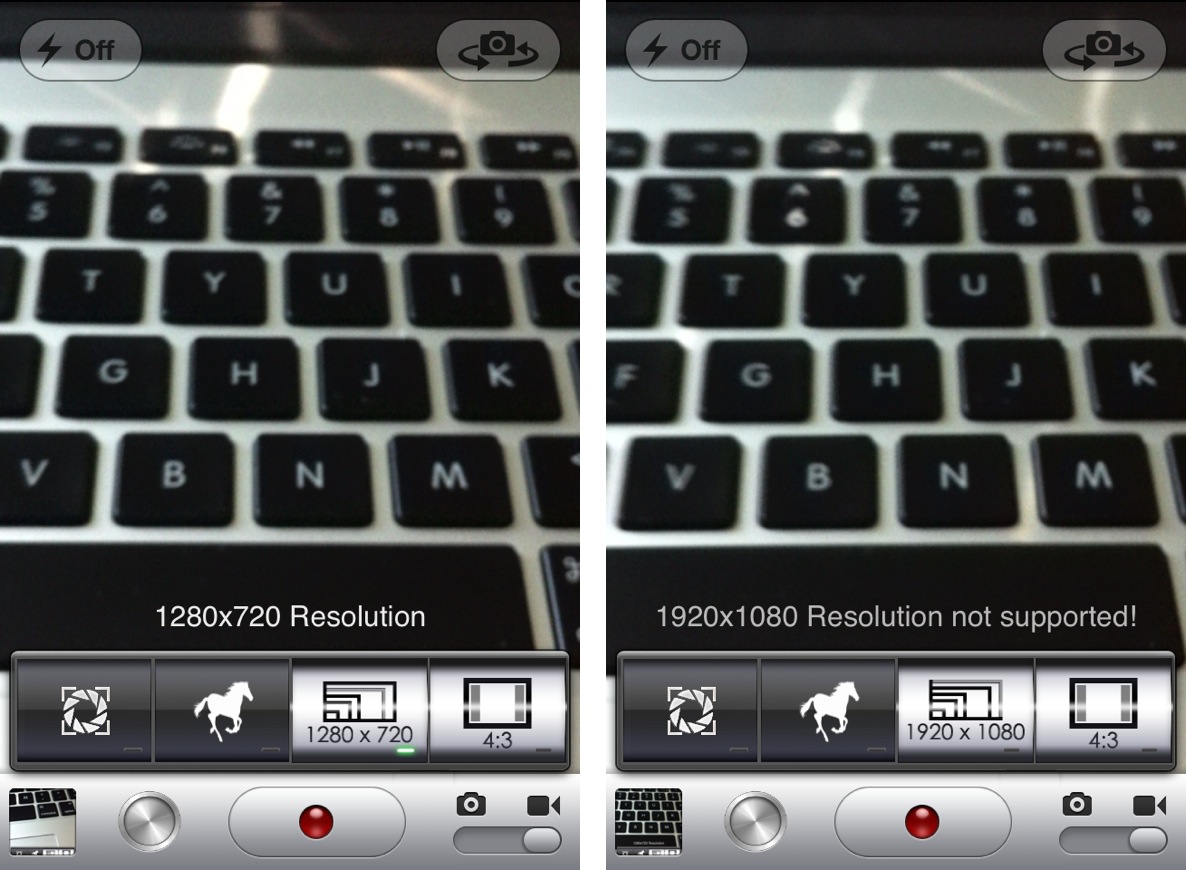 Aspect ratio
Video only. You can select from three different aspect ratios, and they are 4:3, 16:9, and 2:35:1. Letterboxes will be applied to your fram depending on which aspect ratio enable. 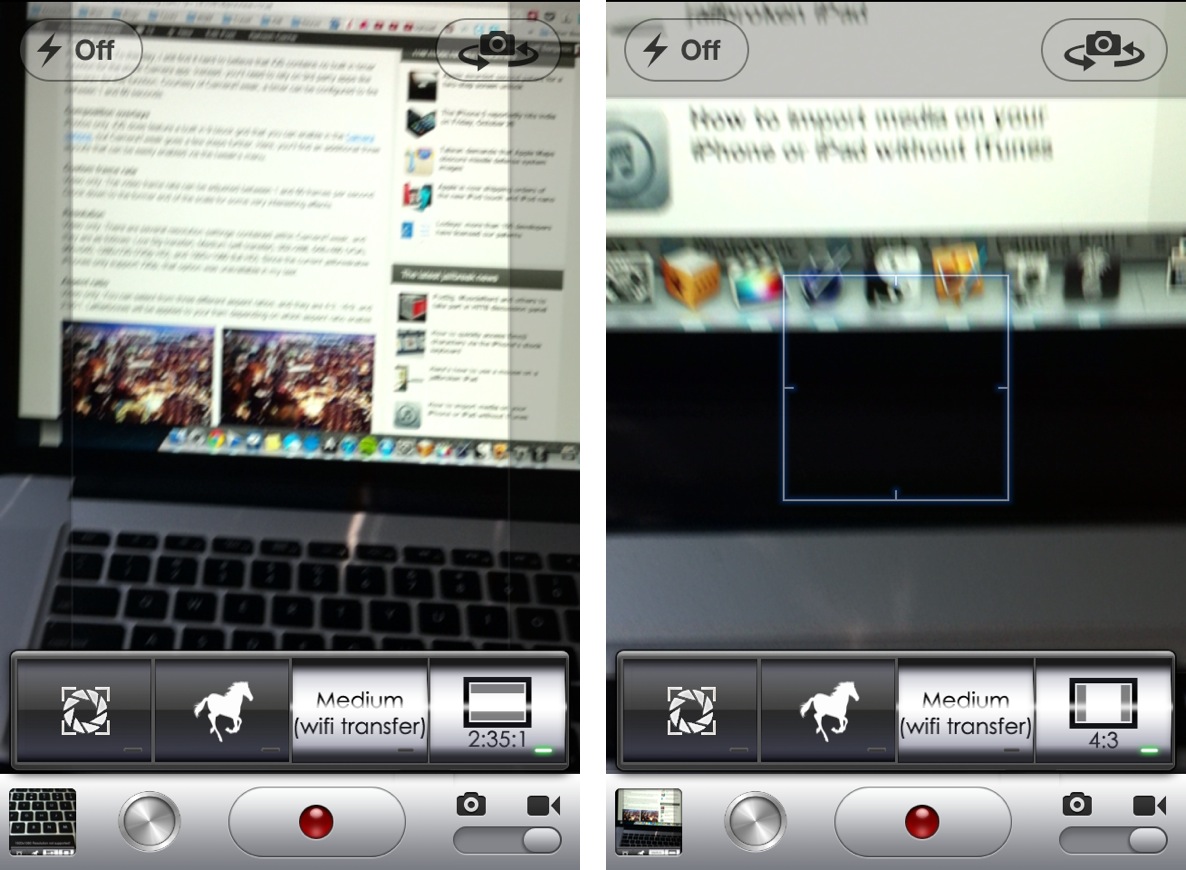 The bottom line
This tweak is excellent, especially for jailbroken iPhone 4S users. Not only do you already have a quite capable camera, but you have the necessary speed to go along with the added features. Testing CameraTweak out on the iPhone 4 worked well enough, but you will notice a reduction in speed when using the Camera app.

If you’re serious about iPhone photography, and you have a jailbroken device, then don’t hesitate to try out CameraTweak — it’s just as good as it looks. CameraTweak can be downloaded from Cydia’s BigBoss repo for $0.99, which is crazy cheap considering how many options it contains.

Let me know what you think about CameraTweak in the comments below.