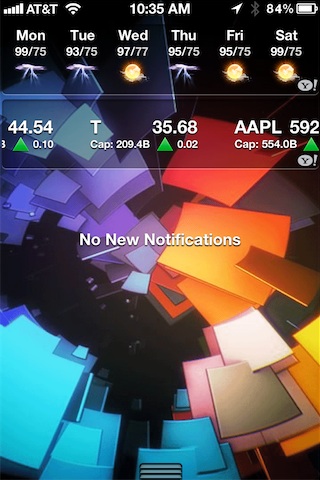 Are you looking to take Lock screen boot logo animations to the next level? If so, then AnimateAll is a new tweak that’s worthy of your attention.

AnimateAll is a follow-up (an actual outright replacement) to a tweak that we covered in the past called AnimateLockscreen. The prior tweak only allowed you to add boot logo animations to your Lock screen, while AnimateAll goes the extra mile and adds the Home screen and Notification Center into the mix as well.

AnimateAll, like its predecessor, allows you to tap into Cydia’s massive cache of animated boot logos to use on your jailbroken iDevice. If you’ve already purchased AnimateLockscreen in the past, then AnimateAll is a free download. Otherwise, AnimateAll with set you back $1.00 on Cydia’s BigBoss repo.

For as much functionality as it packs into the package, I have to give a wholehearted recommendation to AnimateAll. Granted, it won’t be doing your battery life any favors, but you probably figured that out already.

Have you tried AnimateAll? If so, share your thoughts in the comments below.