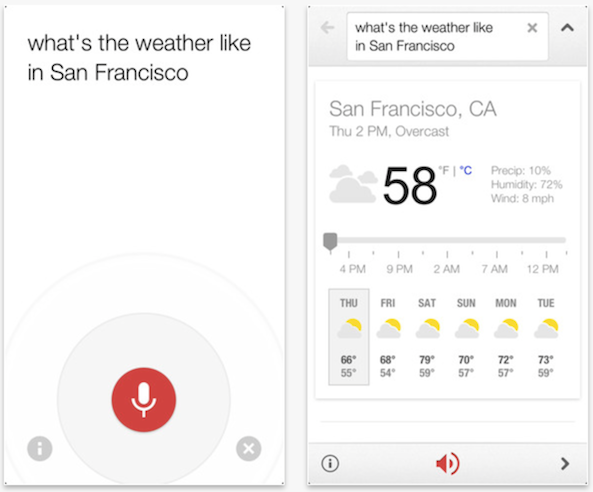 Well that didn’t take long. Just a week after Google’s revamped Search app with new voice technology made it into the App Store, a jailbreak tweak has been released that will allow users to supplant it for Siri in iOS.

The voice recognition tech in the new Google Search app has received a lot of praise for its speedy response times and accurate results. And now, thanks to the new tweak NowNow, you can access it from anywhere…

NowNow is a simple utility for jailbroken iOS devices that allows you to launch the Google Search app with an Activator function. There’s no Home screen icon, just a single option in Settings to select an Activator.

As you can see, it works pretty well. So whether you’re a fan of the Google Search app, or you’re on an older device that doesn’t have Siri and you’re looking to fill the void, this tweak is certainly worth checking out.

If you’re interested, you can find NowNow in Cydia, on the BigBoss repo, for free. You’ll obviously need a jailbroken device and the new Google Search App, which is also available for free, in the App Store.

Have you tried it yet? What do you think?