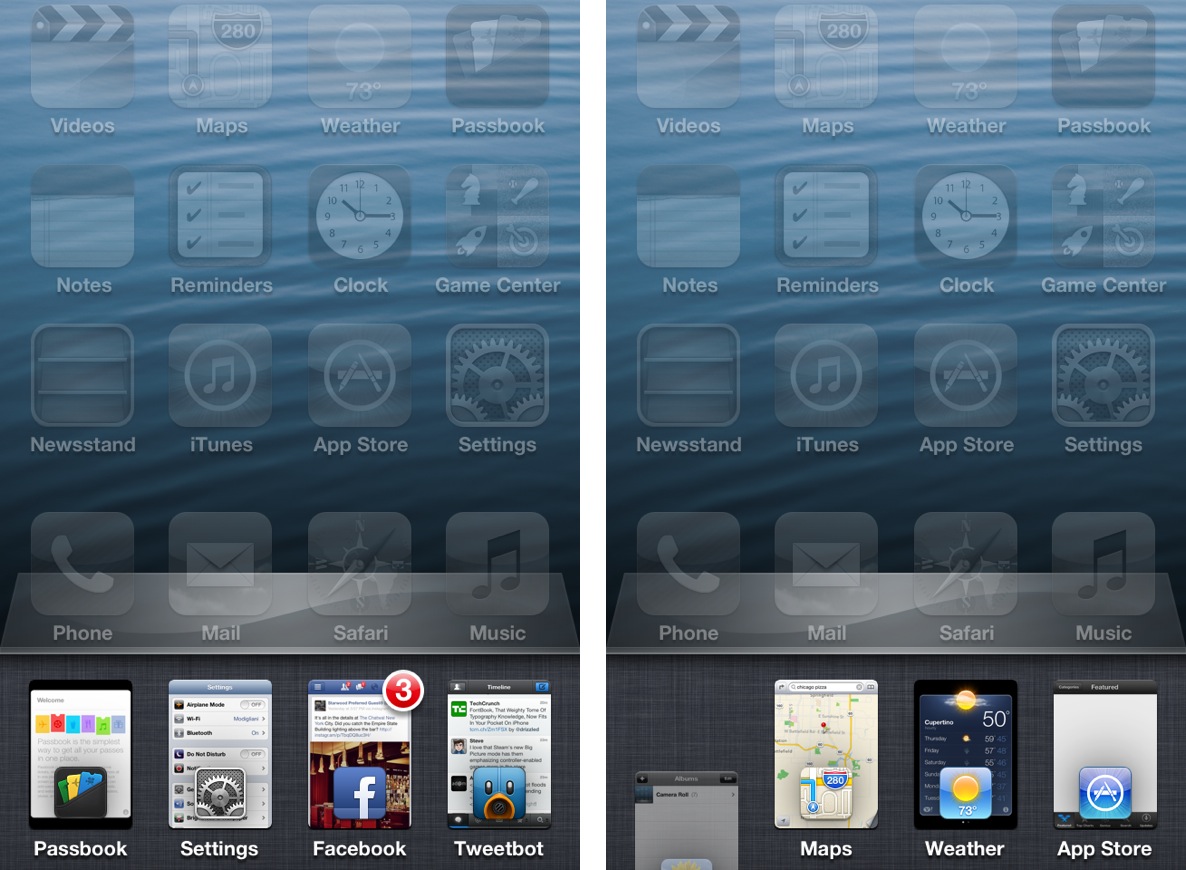 Back in October we posted a tidbit on an iOS app switcher concept that was making waves across the Internet. Initially posted on The Verge forums, designer @Sentry_NC’s concept was met with approval by many, including readers here on iDB.

A lot of times, though, these sorts of things never go anywhere. Concept photos and videos are nice, but rarely do they evolve into anything more than that. Well, I’m happy to tell you that Sentry’s concept hasn’t followed the status quo in this regard. Bent on making his concept a reality, he collaborated with developers, Jack Willis, and JamieD360, to bring the idea to fruition.

We’ve been fortunate enough to gain access to the final build of the real live working tweak. Auxo is its name, and changing the stock iOS app switcher for the better is the game…

The most obvious improvement made by Auxo when compared to the stock iOS app switcher is the new card preview of recent apps. Instead of merely containing an app icon representing the running app, Auxo displays a miniaturized snapshot of the current state of the app for context.

Apps can be quickly removed from the switcher by means of a swipe down motion, and since multi-touch is in play here, you can kill multiple apps at once using more than one finger. It’s a nice touch, and it’s much more intuitive than using the standard tap and hold to remove an app from the switcher.

When you want to remove all apps from the app switcher, then you can utilize the tap and hold gesture. Tapping and holding on any running app brings up a confirmation menu that will allow you to close all apps with a single tap.

Auxo is smart, too. For instance, if you try to kill an app that’s playing music in the background, it will prompt you to make sure that you really want to do so. Of course, there’s no such functionality on the stock iOS app switcher.

The music controls have been completely redesigned and feature a style that more closely resembles the rest of iOS 6. 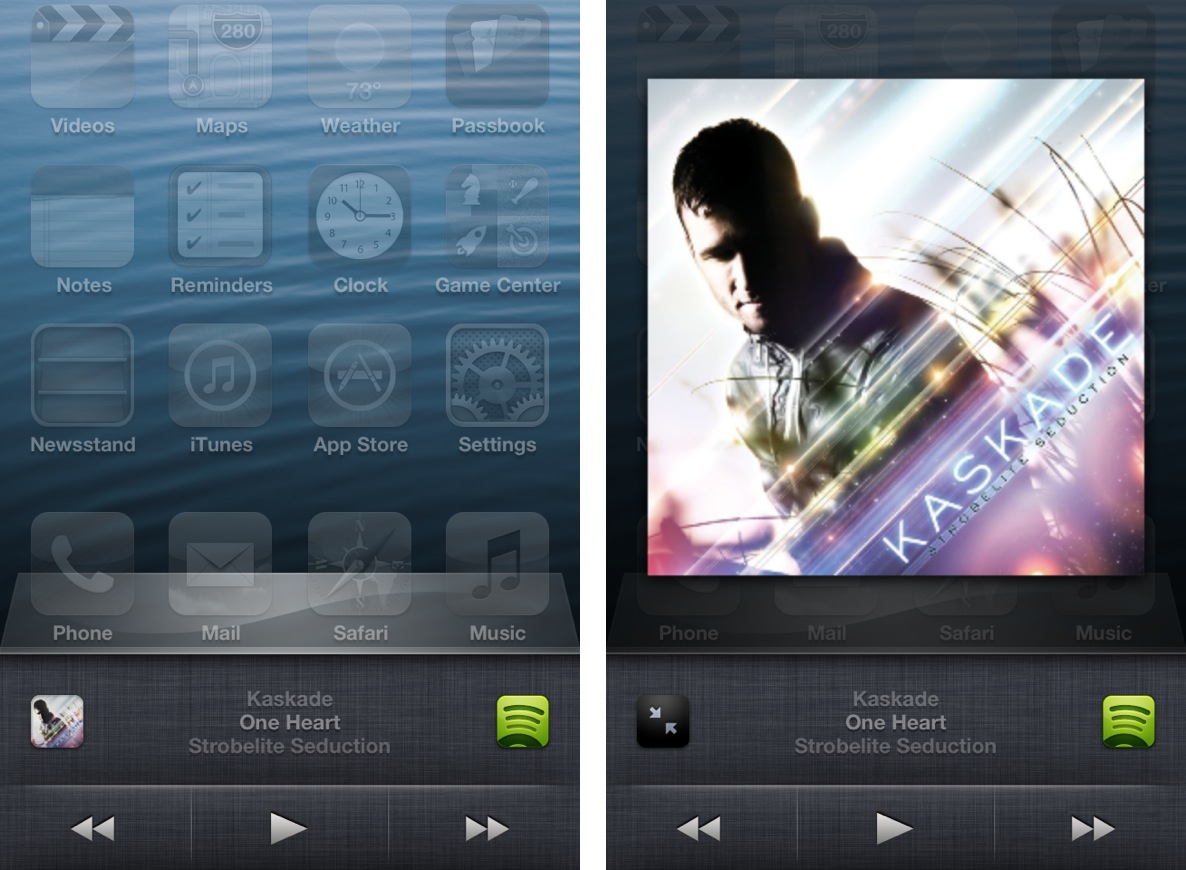 I never understood why the stock music controls contained within the app switcher fail to display anything but the song title of a currently playing track. Auxo redesigns and rearranges things so that the music controls now display the song title, artist name, and album title, all without feeling cluttered. Even album art from a now playing track is displayed, and it can be enlarged very much like Spotify does on the desktop.

Included with Auxo are two rows of toggles on the last page of the app switcher. These toggles work exactly like NCSettings or SBSettings, and let you quickly enable or disable standard features like Wifi or Bluetooth. 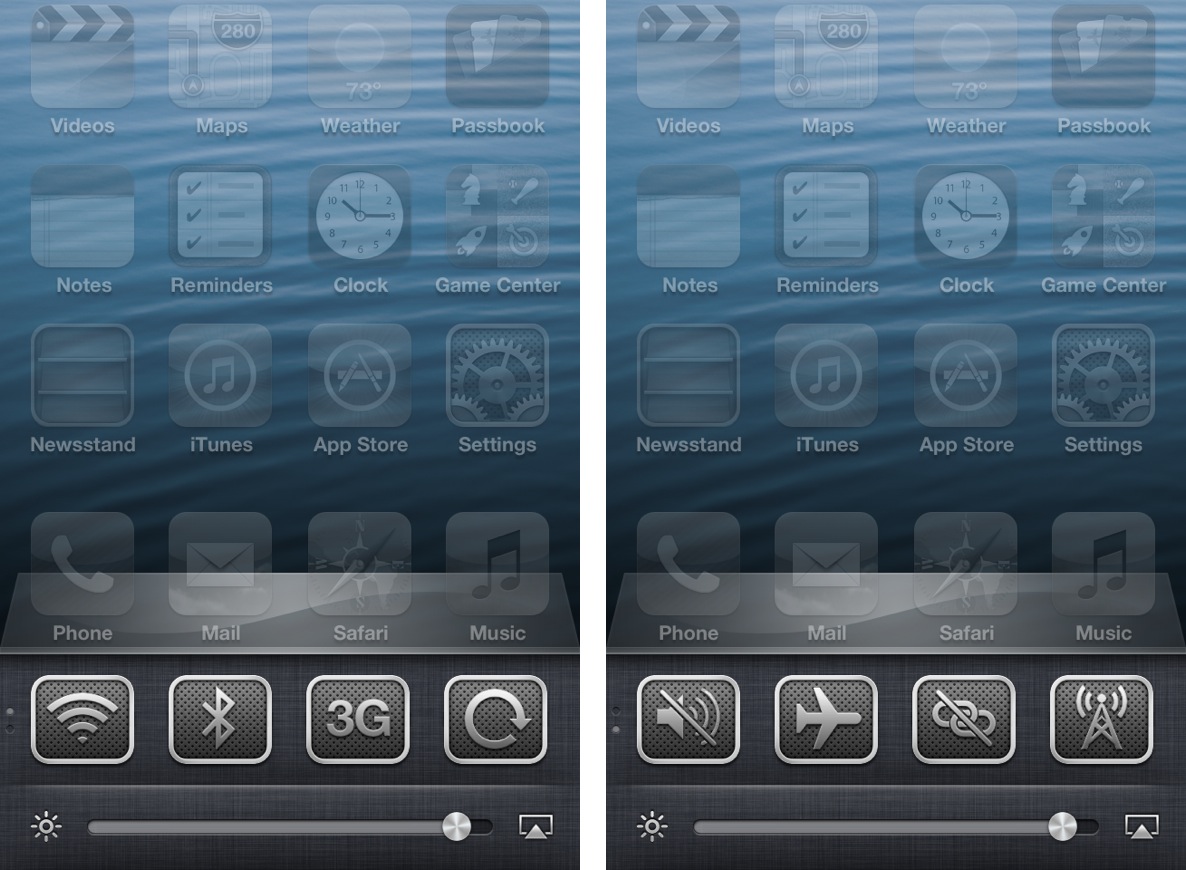 As a bonus feature, tapping and holding on certain toggles will open up the Settings app to the particular section pertaining to the toggle. Toggles can be easily reordered using the configuration section in Auxo’s preference panel.

I’m impressed at how Auxo is able to implement so much more functionality to the app switcher without removing any functionality. Not only that, but nothing feels forced or cluttered. There’s plenty of space for all of the new features to fit within the scope of the switcher.

All in all, Auxo is definitely in my top 10 jailbreak tweaks of all time, perhaps even top 5. It significantly improves the look, feel, and function of the app switcher, and it does so without causing any stability issues.

Look for Auxo to hit Cydia in the very near future. As of now, it’s only for iOS 6, but the developers are working overtime to create a compatible iOS 5 version. There’s currently no set price, but from what I’m hearing it will be extremely reasonable. Sound off with your thoughts in the comment section below.