As summer starts to heat up, we try our best to stay cool. One way to beat the heat is to keep out of the sun. Stay indoors, play some mobile games, and veg out with your various gadgets.

Whether you need help with tracking your freelance work, are getting excited about Marvel’s new movie, or just want to dig into some good old-fashioned fun, we’ve got a list of apps and games to keep you sheltered indoors this weekend… 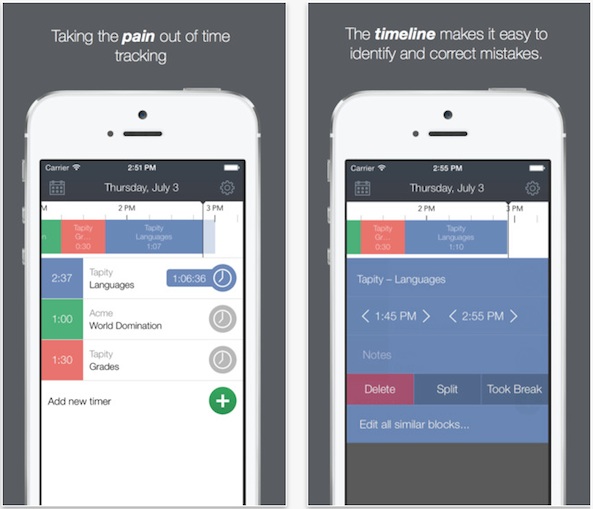 I set a timer whenever I write reviews. I’ve learned that it helps me stay on track so I don’t get distracted and wander off onto Instagram or something. Sometimes (more like most of the time) I forget to set a timer. When I do remember, it is usually after I’ve started writing and have to guess how long I’d been at it already. This app will set smart reminders to start and stop timers so you’ll never forget. You can also round the minutes up or down by the quarter-hour. The calendar view shows you how much time you’ve spent on individual tasks. This timer has got it all. This app is available for $4.99.

Guardians of the Galaxy: The Universal Weapon 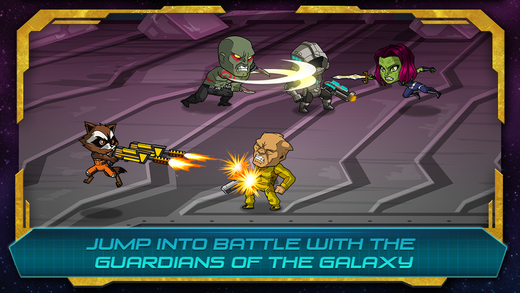 Marvel is at it again. This time, our galactic guardians are adorable big-headed heroes. Join the superhero team that is just about to get a movie franchise as they battle enemy forces across the universe. Play your favorite characters and unlock villains to bring them to your side. Battle against multiple enemies at once. Customize your team with members of the Guardians and learn new moves as they gain experience. Fight in arena style combat or take down villains one at a time in Story mode. This game is available for $4.99. 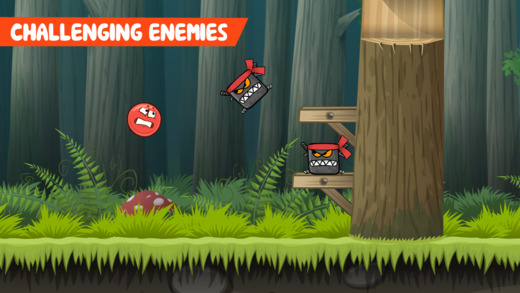 In a world where squares and circles are enemies, Red Ball has to fight to save his kind against an evil square with a mission to turn the world round. Like its three predecessors, this installment has you in control of Red Ball as he bounces his way to saving the world. Fight bosses and crush enemies in this physics-based side scrolling puzzle game. Each section features a different challenge for players to overcome. Find your way out of the course and defeat your square face foes. This game is available for $0.99. 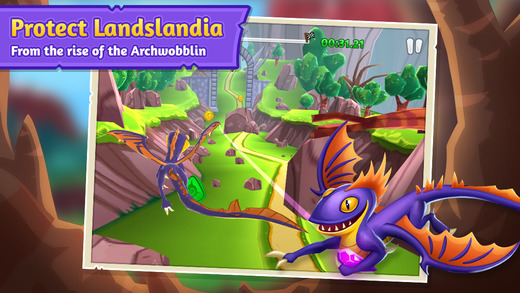 The newest chapter in the Dragon Academy series is now available on iOS. In this game, players get to raise dragons. Grow, evolve, and customize Pokey, Frosty, or Melty. The names are so uninspiring that it’s actually clever. Your job is to protect Landslandia (no joke) from evil forces by flying, endless runner style, through a variety of courses. Zoom up, sideways, and under obstacles while collecting gems and power ups. You’ll also be able to battle against Megawobblins in unique, dynamic arenas. This game is available for $0.99. 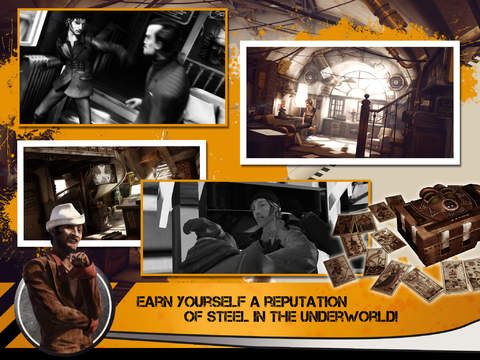 Microids is back with another epic adventure game. This time, you’re solving mysteries as private detective Red Johnson. In Metropolis, corruption reigns and the police have nowhere else to turn to solve a murder that doesn’t have a dead body. Players look for clues, interrogate witnesses, and combine evidence to unravel the mystery. You’ll be challenged to solve complex puzzles, use your logical thinking skills to analyze clues, and use your charisma to influence witnesses to confess what they know. All this, and you’ll still end up having to punch a guy or two before the day is over. This game is available for $4.99. 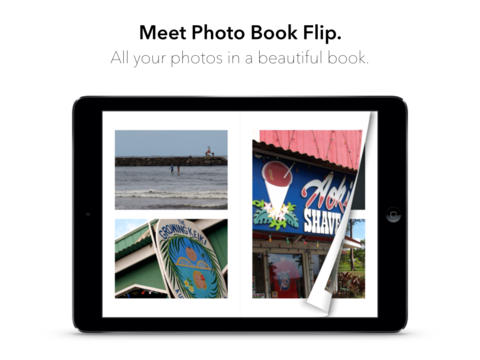 Tired of looking at your Photo Stream like the rest of the world, one image at a time? Why not mix it up a little and turn your camera roll into a photography magazine. With this app, you’ll be able to automatically load your pictures into a premade template that presents your pictures in a classy montage. It’s like creating a photo book in iPhoto without having to do all of the work. Separate your photos into albums and use this app to share your vacation pics with others. Mirror your iPad to Airplay and view your photo magazines to your T.V. This app is available for $0.99. 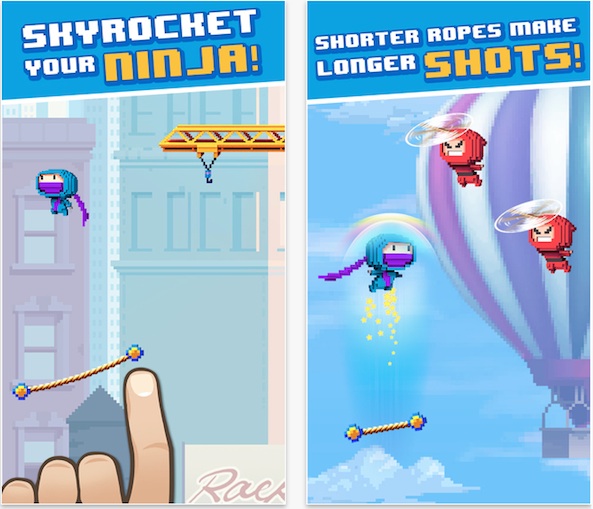 Jumping to new heights has never been easier with this vertical scroller. Players help the pixelated ninja jump into outer space by creating ropes in mid-air. As the ninja bounces up, drop a line below him to create a rope so when he lands, he will take off again. Watch your head. If the ninja runs into anything he may just lose consciousness and fall to his doom. There are also enemy ninjas waiting in the clouds to stop you from succeeding. The acrobatic jumper will flip and leap from platforms that are in the right place. See what kinds of tricks you can perform on the way up. This game is available for free.