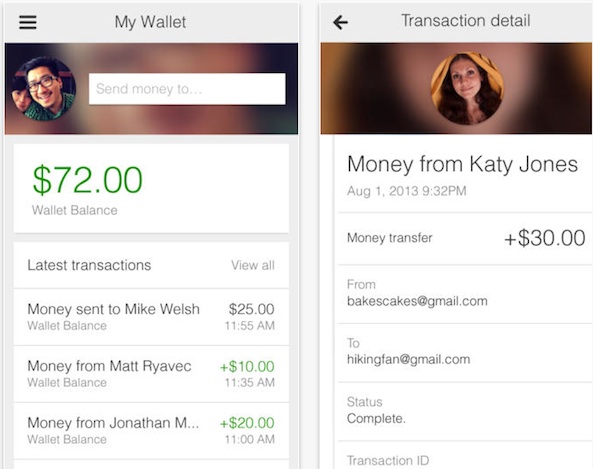 Google today announced a significant update for its Google Wallet service. The new version brings about support for gift cards, money requests, and the ability to send money with your debit card for free, and it should be rolling out to iOS and Android apps shortly.

With the new gift card support, users will be able to save their electronic cards to Google Wallet, redeem them in-store, and even check their balances [only at participating merchants]. The Wallet app can even remind you to use your card when you are near stores…

Today, we’re introducing several new features to the Google Wallet app* for Android and iOS devices that make it easier to shop in stores and get paid by friends and family. First, you can now easily manage your gift cards and redeem them in stores using the Wallet app. Never worry about forgetting your gift cards at home again. You can also request money from friends, which means you can settle the dinner bill while you’re still at the table. Lastly, sending money with your debit card is now free, making it even easier to pay your friends or the babysitter using Wallet.

The new money requesting feature is also a nice addition. If your friend forgets you pay you back for dinner, you can simply request money using Google Wallet. They’ll receive a notification in their email or on their device, and have the ability to instantly send you money.

Finally, Google has enabled users to send money for free in Wallet via their debit cards. While sending money using a debit card was previously possible, users were charged a 2.9% transaction fee for credit and debit cards. As of today’s update, that fee will no longer be charged.

If you’re not seeing the new version yet, don’t worry, it’s on its way. You can find Google Wallet in the App Store for free.