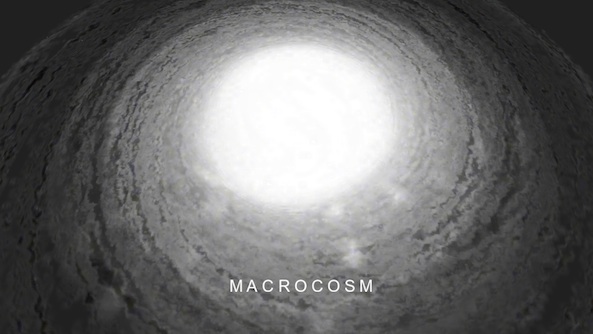 Though I do play my fair share of action games on iOS, I tend to sway more towards the relaxing side of the game spectrum; games that I can use to relax at the end of a long week. When on the hunt for more cool-down games, I came across Macrocosm, a new space-age game that was released earlier this month.

This game is based in space where you play as a blob of dark matter with your objectives being simple: get bigger, don’t get killed by spaceships, and free other dark matter. To find out if this game is both relaxing and exciting, read on for my full Macrocosm review…

When you launch Macrocosm, you’ll be greeted with a simple level select screen. Each level is represented by a different text icon, and after selecting a level, you’ll be brought right into gameplay barely any instruction aside from a couple of speech bubbles. 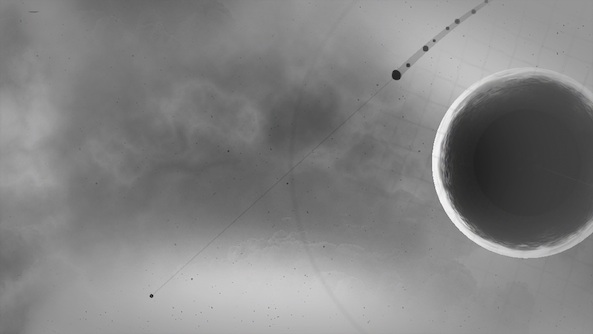 In Macrocosm, each level has an absolutely beautiful backdrop with a different black and white space photo. In the photos, you see loads of different planets, space dust, and other calming pieces of space. Even the app’s initial loading screen (that must be tapped to enter the level select menu) has a beautiful background.

Your character, a black blob of dark matter, is designed well and fits in with the rest of the game. The blob is animated and bubbles when you race around the map finding more dark matter. The spaceships and planets in the game are also designed well, both with minimal yet classy designs that are very pleasing to the eyes. 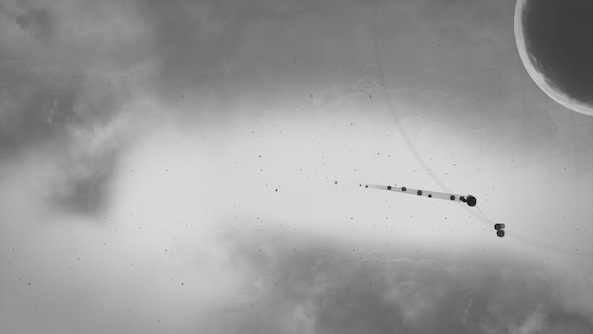 To control your dark matter, you must tap and drag a line for your blob to move along. As you move about Macrocosm’s different maps, you’ll begin to see other blobs of dark matter. You must collect these other blobs by running into them in order to make your blob bigger.

You’re not alone in space, in fact, you have enemies. When collecting dark matter, you’ll run into tiny space ships that will shoot at you. Make sure to avoid these spaceships as, when you’re hit with their bullets, your blob of dark matter will shrink and eventually disappear completely.

Later in the game, you realize that these spaceships, or “forces of evil,” are trying to collect all of the dark matter for themselves, so your objective becomes to find these black dots of dark matter and free them from the forces.

Macrocosm’s design is absolutely beautiful with stunning space graphics and backdrops. I’m also a huge fan of the app’s setting, making for a super calming game that can still provide hours of fun.

As of now, there’s  no instruction guide to lead you throughout the game. This can make first starting to play Macrocosm quite confusing, and may even turn some users away from the game completely. Additionally, there’s no way to return to the main menu mid-way through a game, making it so one must quit out of the app to switch levels.

Considering Macrocosm only costs $0.99 and is a universal iPhone and iPad app, I think it’s a pretty good deal right off the bat. Though the game only has five levels, they can take quite some time to work through, especially as you near the end of the game, making for a game that will keep you entertained for hours.

Macrocosm may not be for everyone, but I can definitely recommend it to those who want to use the game to settle down after a long day with the game’s floaty controls, beautiful design, and interesting concept. However, those expecting high-action entertainment will be thoroughly disappointed.

If you’re looking for more games set in outer-space, you may want to check out Space Shooting, though this game takes on a more action packed feel.