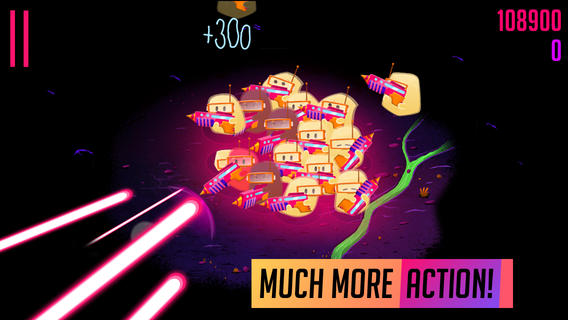 A few months ago, we took a quick look at the adorable arcade shooter game Hopeless: The Dark Cave. The cute glowing Blobs won my heart when they shook with fear as the incoming onslaught of monsters would terrorize the gun-toting puffs.

Hopeless: Space Shooting is the sequel to the first adventure starring the marshmallow-like Blobs. This time, they’ve found themselves fighting aliens in outer space. Don’t worry, though. They are still huddled together in a dark cave, hopeless as ever…

Just like its predecessor this game features Blobs in the center of the screen, equipped with protective eyewear and laser guns. If you played The Dark Cave, you’ll be familiar with the game’s mechanics. Tap the screen in the direction of the invading monster. Only this time they are alien monsters. You know, because the ones in outer space are different than the ones on Earth. Duh. 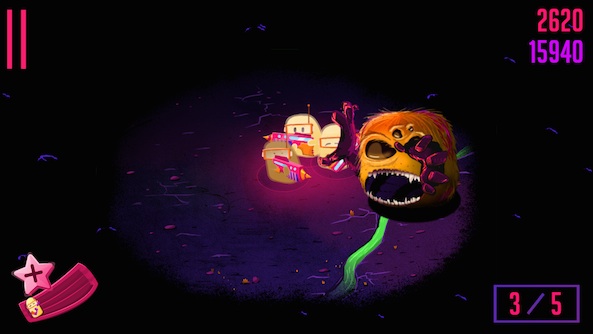 This sequel comes with two game modes, Action and Survival. In Action, players must protect Blobs as they gather to the center of the room. You will start out with one shooter. As you fight off monsters, new Blobs will join the spotlight. Once you’ve rescued a certain number, the process starts again. Only the number of Blobs you must rescue increases.

In Survival mode, players start with three Blobs and must kill wave after wave of monsters, just trying to stay alive. You won’t get any more help. Once the last Blob dies, the game ends.

When you reach a certain number of points, you can unlock special items. Reach 20,000 points to unlock the Triple Laser Spreadshot. Make it to 35,000 to unlock the “Early Warning Sign,” which alerts you a second ahead of time when a monster approaches so you don’t accidentally shoot your companion. 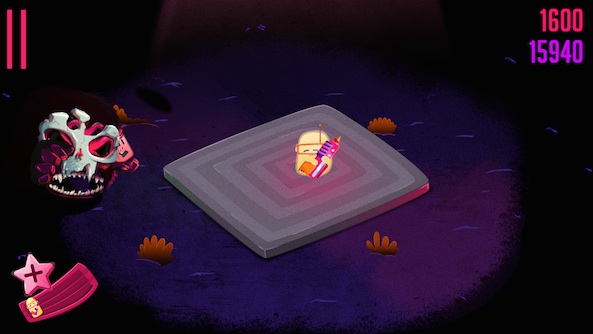 These Blobs are always frightened and always on the verge of ending it all. If you accidentally shoot a buddy, the glow will dim on the offending Blob. He will shake in his spot with his eyes closed. If one more mistake is made, he will take his own life out of a feeling of hopelessness. However, if you successfully stave off the monsters, and maybe even rescue another Blob, his glow will return and he will fight again.

Hopeless: Space Shooting is available on the iPhone, iPad, and iPod touch for $0.99. Download it in the App Store today.

Did you play Hopeless: The Dark Cave? Are you excited about this sequel?