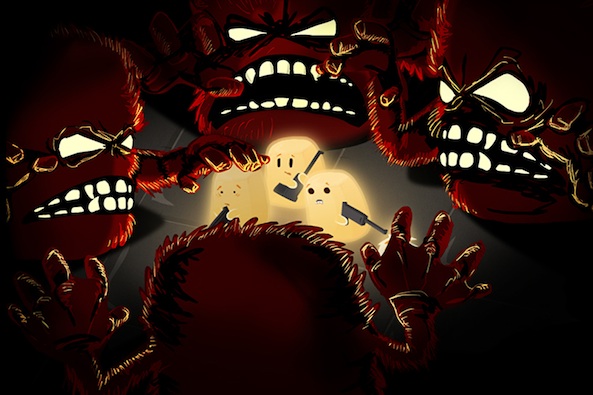 Pow! Pow! Pow! Arcade shooters are a blast. Especially when there are zombies, mutants, or terrorists involved. Who would have thought killing monsters could be so cute?

Hopeless: The Dark Cave is an arcade shooter where the adorable glowing blobs are about as cute as animated marshmallows (think about it) and the monsters are so adorable they could have been hiding in Disney’s closet…

The game is simple. Tap the screen to kill a monster that approaches from the dark. At the same time, stay your weapon as Blobs approach. Friendly fire is pretty messy. Blobs gather together in rounds. When you’ve protected enough shivering scared-y cats, all globs but one are rescued and you have another go at it.

As you successfully kill monsters that creep in from the dark, it gets harder to time your shots. They show up sooner and faster. Sometimes, you’ll go on a killing spree, but the monsters really don’t like that. They will attack en masse and probably gobble up your Blobs. 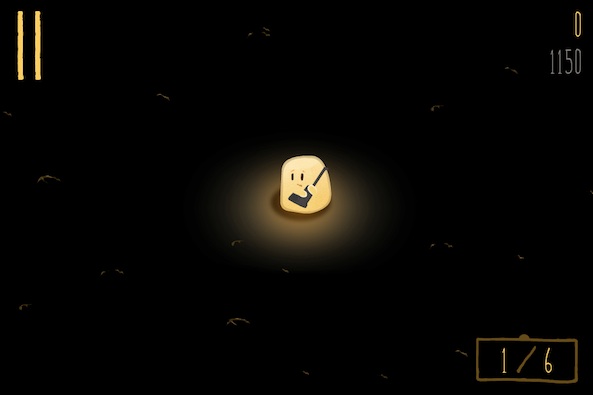 If you fail to protect Blobs, they will be eaten. Your Blob will eventually lose all hope and… kill himself. I know. It sounds morbid. But it is actually kind of cute. If you don’t like the thought of a creature, even a cartoon one, killing itself, then make sure he doesn’t fail.

When you rescue Blobs and kill monsters you will earn points. These can be used to unlock items that will make the game more interesting. For example, you can unlock “Some Ginger Monsters,” which add a red bi-hawk to some monsters. You can also increase how far away you can see the monster approaching, unlock a super powered gun, and shed some light on the entire cave. 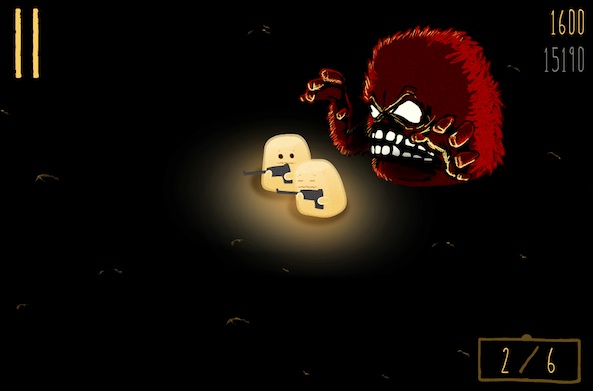 There are no real instructions for playing the game other than to tap the screen. However, from what I can tell from testing it, Blobs appear at random, and so do monsters. Monsters will increase in appearance exponentially until you have completed a “wave.” All the while, Blobs will appear and get eaten while you are defending your circle. Some Blobs will start to get really scared. When they do, they will stop shooting and lose some of their glow. I think they might be close to killing themselves. However, I’ve only seen one Blob do that after he let all of his friends get eaten.

You can buy emergency Blobs through an in-app purchase, which can be added to the game when you need them.

Hopeless: The Dark Cave is available on the iPhone, iPad, and iPod touch for free. Download it in the App Store today.

What do you think of these marshmallow-y Blobs? Will you be rescuing them from the dark?