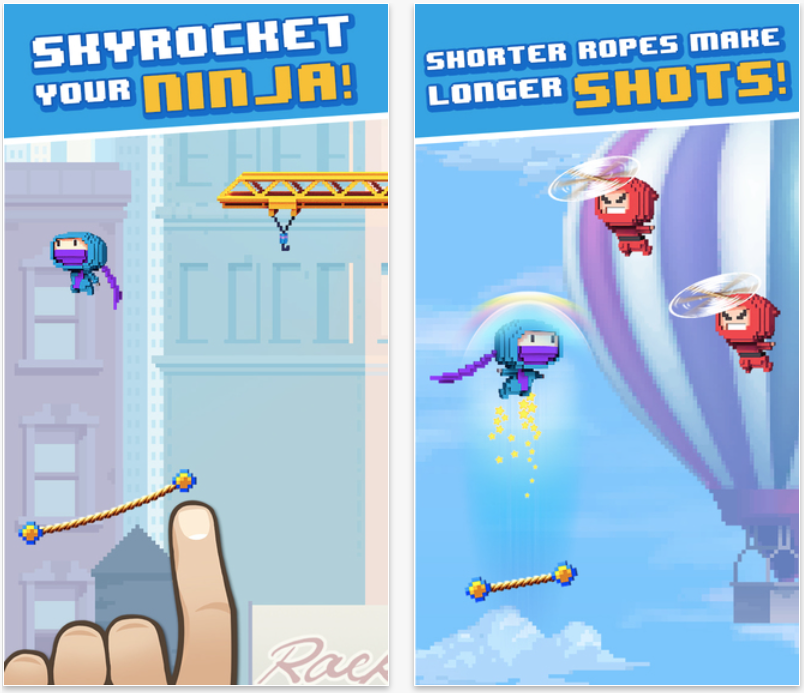 Gameloft today released an interesting new game called Ninja UP! It’s not a first-person-shooter, movie tie-in, or anything else the studio is typically associated with—instead it’s an endless jumper, à la Line Jumper and others.

Gameplay is as addictive as you’d expect. Players are tasked with sending a ninja flying upward by drawing lines that simulate trampolines. The smaller the line, the bigger the bounce, and levels are littered with deadly obstacles…

Again, for folks who have played other endless jumpers, there may not be much incentive here for you to check this game out. But for those like me, who haven’t really ventured into the genre before, Ninja UP! is a fun time-waster.

If you’re interested you can find Ninja UP! in the App Store for free for both iPhone and iPad. Surprisingly, there are no IAPs, but Gameloft does frequently insist that you login to Facebook to share your score, which gets annoying.