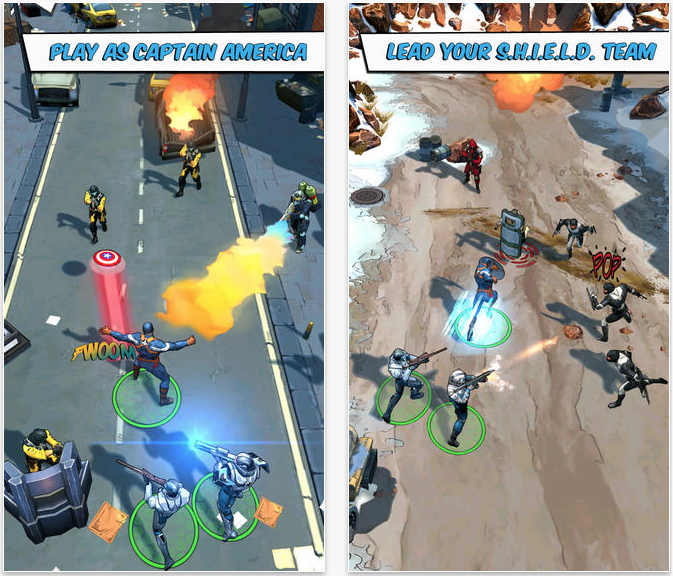 As promised last month, Gameloft has released its highly anticipated title ‘Captain America: The Winter Soldier’ for iOS. The game is a tie-in to the upcoming Marvel movie of the same name, and is now available for download on your iPhone or iPad.

The good news is this doesn’t look like your typical tie-in. The graphics sort of resemble those found in Borderlands and other comic book-style games, and we’re hearing that Marvel actually co-wrote the story. Keep reading for a complete overview… 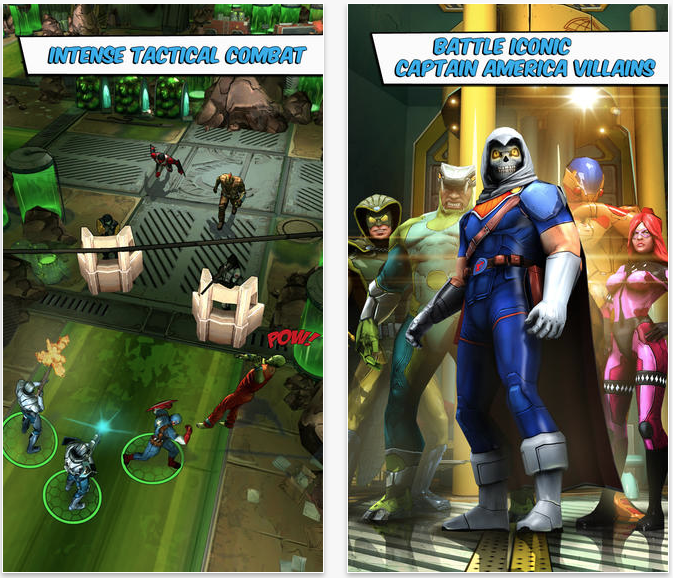 Here’s a little bit of background on the game’s storyline:

Play as Captain America and lead your S.H.I.E.L.D. Strike Team as they struggle to contain a massive global attack by several nefarious criminal organizations. Stop the attacks and then take the battle to your enemies.

Captain America must use all his tactical skill as he commands his Strike Team to combat threats on every front. Grow your agents into a potent fighting force, and when the odds are against you, call in Black Widow and Falcon to help turn the tide.

And here’s a list of the game’s more notable features:

And finally, here’s your gameplay video via TouchGameplay:

While Gameloft has a hit-and-miss track record with its movie spin-offs, this one looks like it might be worth checking out—particularly for those that are fans of the franchise. Captain America: The Winter Soldier hits theaters in the US on April 4th.

As for the game, it’s available in the App Store for $2.99. Note: it looks like the game requires iOS 7 or higher.