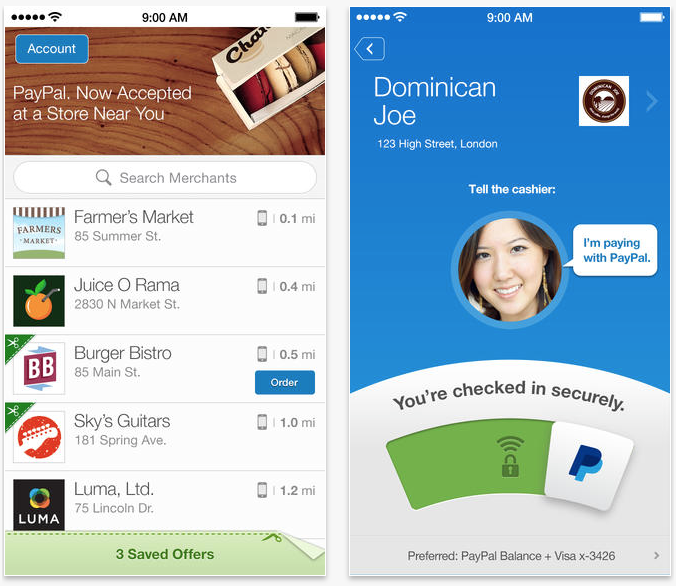 PayPal pushed out an update to its iOS client last night, bringing the app to version 5.5. The update brings about the usual bug fixes and performance improvements, but it also adds a big new feature: support for loyalty cards.

This means PayPal users will be able to carry virtual versions of their favorite loyalty cards—such as Starbucks, CVS, and several other retailers—within the app, essentially making it a one-stop shop for payments and checkins…

Loyalty cards, login, and more!
– Link all of your favorite loyalty cards to PayPal. Carry virtual versions on your mobile. Your wallet deserves the break.
– Vroom! Faster logins are here. We did some work behind the scenes to speed things up for you.
– No bug is safe! We’re finding and fixing them as fast as we can.
– We’re no longer offering the “scan a check” feature. Not to worry. You can still add money to PayPal directly from your bank account.

Folks wanting to add a loyalty card to the new PayPal app can do so by tapping on the Wallet section, and then the ‘+’ icon in the top right-hand corner. From there you can scan-in or manually enter in your particular account number.

The new feature makes the app a bit more handy, but more importantly it steps into Apple’s Passbook territory. This is significant, as it’s widely believed the iPad-maker is about to take on PayPal and others in the mobile payment space.

If you’re interested, you can find the PayPal app in the App Store for free.