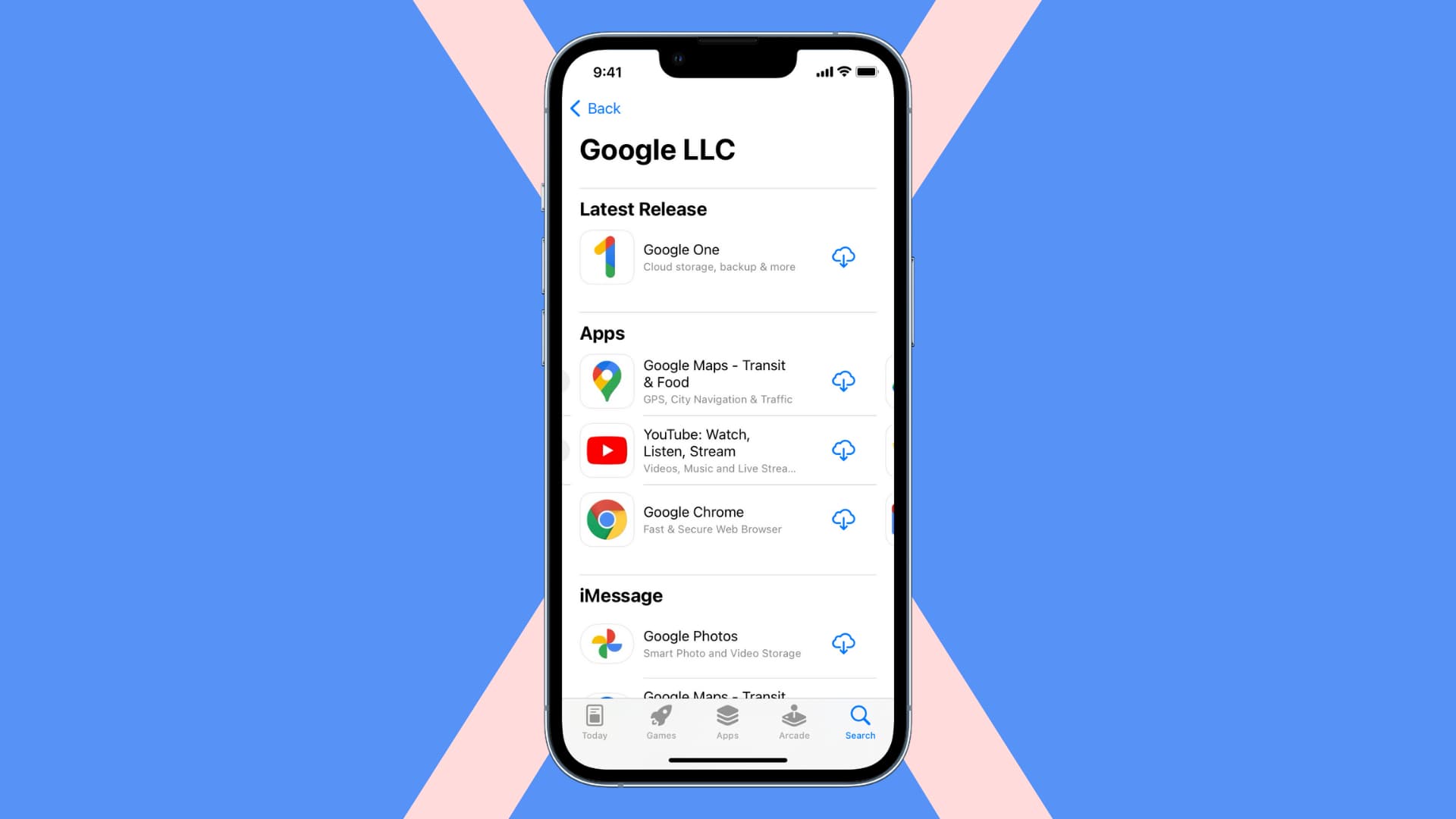 No Google apps are pre-installed on your iPhone. You only download them later from the App Store. But, Google pays a huge amount of money to Apple to remain the default, out-of-the-box search engine in Safari. If you aren’t a fan of that, here’s how to change the Safari search engine on iPhone and iPad:

You can easily download Chrome on your iPhone and even set it as your default web browser. But since your goal is to stay away from Google services, use Safari instead.

You can also download Firefox from the App Store if you must have a third-party browser or don’t want to rely only on Safari. Please note that the default search engine in Firefox is Google. So, you might want to change that.

It’s easy to enable system-wide Google Password Manager via Chrome on your iPhone. This lets you fill in usernames and passwords stored in Chrome. But to cut the dependence on this Google service, you can switch to Apple’s iCloud Keychain. It’s available on iPhone, iPad, Mac, and Windows PC.

To stay away from Google’s email app, you can use the Apple Mail app that comes pre-installed on iPhone, iPad, and Mac. In case you don’t like Apple Mail, there are alternatives like Spark, Email – Edison Mail, Microsoft Outlook, or Yahoo Mail.

Gmail is the most popular email service out there. And chances are you have already signed up to a bunch of services using your Gmail address. So, here are two things you can do:

Note: Even if your Apple ID ends in @gmail.com, you have a similar @icloud email. You can use that. For example, my Apple ID is example1234@gmail.com. Now, example1234@icloud.com is also mine, and I can use this email inside email apps and on the web by logging into iCloud.com using my Apple ID details.

Related: How to find and know your Apple ID on iPhone, iPad, and Mac

If you’re using your Gmail address as your Apple ID, you can easily change it to any other non-Gmail email address.

Online classes, meetings, and virtual get-togethers happen on Google Meet. If your organization or friend uses Google Meet and shares a link to join a meeting, you can’t do much.

But if you’re the one who is initiating a group or one-on-one video call, you can use FaceTime or Zoom instead of Google Meet and Google Duo. Businesses can also use Slack or Microsoft Teams.

Move to iCloud Drive or OneDrive

If you’re already paying for Google One for more cloud storage, you can switch to Apple One, which offers iCloud Storage, Apple Music, TV+, and more in one bundle. Other services also have comparable paid cloud storage plans.

Google Photos is one of the services that’s genuinely excellent. But if you want to stay away from this Google offering, you can switch to Apple’s iCloud Photos.

Use other apps instead of Snapseed

Many people love Snapseed, which is a photo editing app by Google. You can use the Edit feature in your iPhone Photos app as its alternative.

Some Snapseed alternatives for iPhone are:

Check out: How to get the edited and original versions of an iPhone photo

Related: How to translate a page in Safari on iPhone, iPad, and Mac

Alternatives to Google Sheets and Google Docs on iPhone

You can use Apple’s Pages and Numbers instead of Google Sheets and Docs. If you’re already familiar with Microsoft’s suite of office apps, you can use them on your iPhone and iPad as well.

GBoard is a popular keyboard app for Android and iPhone. If you want to stop using this, you can switch to Apple’s built-in keyboard. Or, if you want to use a third-party alternative, Microsoft SwiftKey is an option I personally consider to be one of the best.

Use Apple Maps in place of Google Maps or Waze

Google Maps and Waze (owned by Google) are excellent. But Apple Maps has improved significantly over the years, and you can switch to it and not miss much.

Move away from Google Pay

Apple Pay is a reliable service you can use instead of Google Pay. And in countries where Apple Pay isn’t available, but Google Pay is, you can switch to some indigenous alternative or use your card directly to make payments.

I have YouTube Premium which lets me use YouTube Music in the background. To be clear, it isn’t as good as Spotify, Amazon Music, or Apple Music, and if I wasn’t already paying for YouTube, I would not use this app for my music needs.

Google owns YouTube, and I think it has no alternative as of now.

First, YouTube is free (with ads). Second, it has a huge library of videos, and your favorite creators are here. So, parting ways from YouTube is extremely tough. But that being said, there are some smaller, niche alternatives.

Here are some paid services you can use instead of YouTube:

Other alternatives to Google products

Google Keep: You can use Apple’s Notes, Microsoft OneNote, Evernote, or Simplenote instead of Google Keep.

Google Fit: You can use an Apple Watch and the built-in Health app to store your health and fitness data.

Google Calendar: Use Apple Calendar as a potent recourse.

Google Home: If you already have smart lights and appliances that work only with Google Home, you can’t do much. But for your future purchases, buy those gadgets that also work with Apple’s Homekit or Amazon Alexa.

Related: How to get Apple News even if it’s not available in your country

Can I fully stay away from Google?

No (unless you live in China, where Google services are blocked and homegrown alternatives fill the gap). Google is among the biggest companies in the world. Even if you stop using all Google apps on your iPhone, you indirectly have to use them. For example, even if you vow to never use Google Maps yourself, some third-party apps rely on that service’s information, including Uber.

While it is almost impossible to eliminate Google from your day-to-day life, you can definitely cut down your direct dependence on its services.

That being said, no company is a hermit, and if you leave Google apps for something from Apple, Amazon, Microsoft, etc., chances are they too have similar policies when it comes to your data. However, if your choice to divest from Google isn’t based purely on privacy concerns but user preference, I hope this guide was of some help.