As of February 2022, Apple News is officially available in only 4 countries: the United States, Canada, the United Kingdom, and Australia.

But thanks to these basic tricks, you can use, explore, and get the latest headlines from Apple News on your iPhone, iPad, Mac, and Apple Watch, even if you live in a country or region where it’s unavailable. 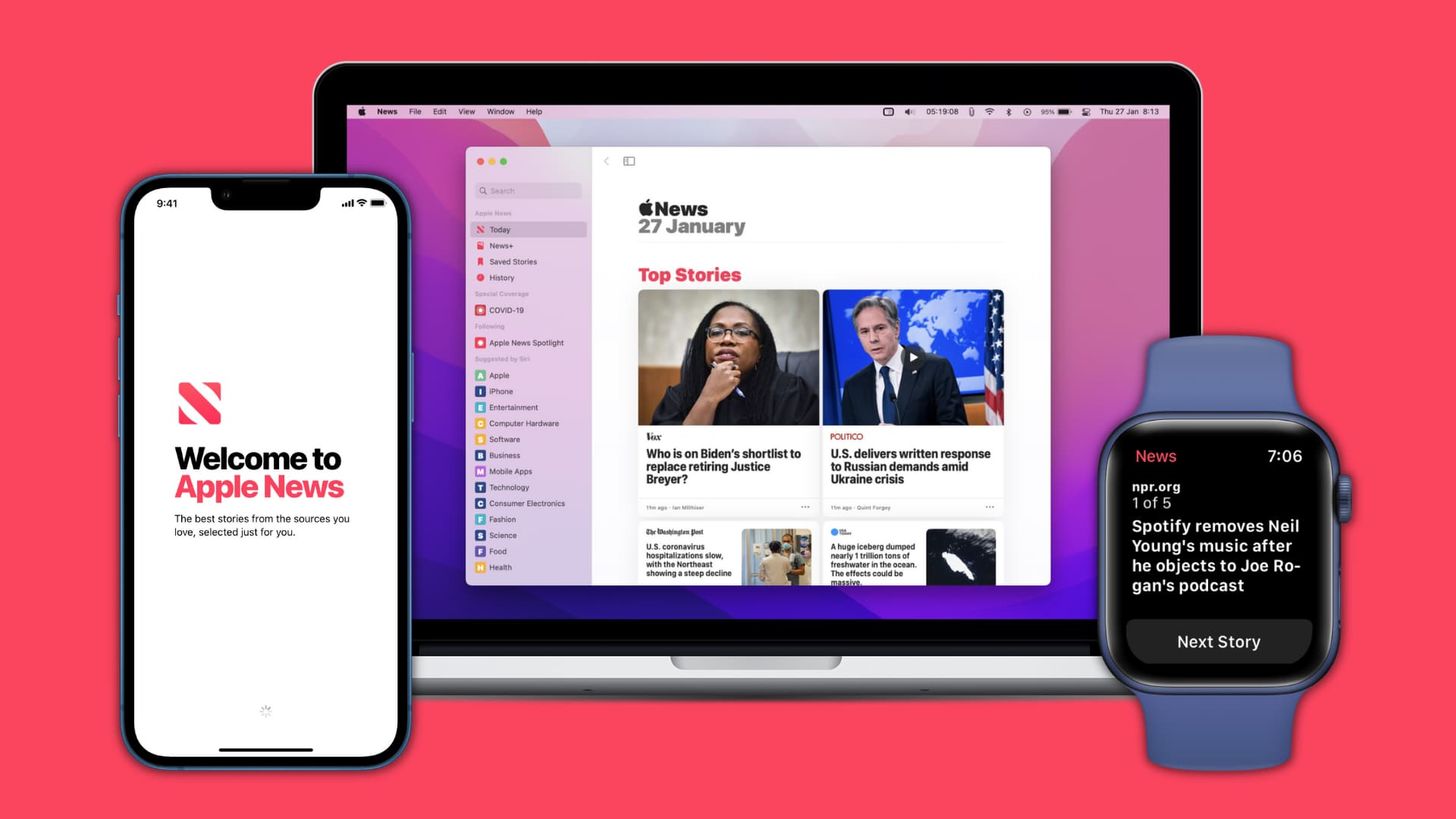 How to get Apple News on Mac in any country

1) Go to the Applications folder inside Finder.

3) You will see the faint News app logo. Double-click to open it. 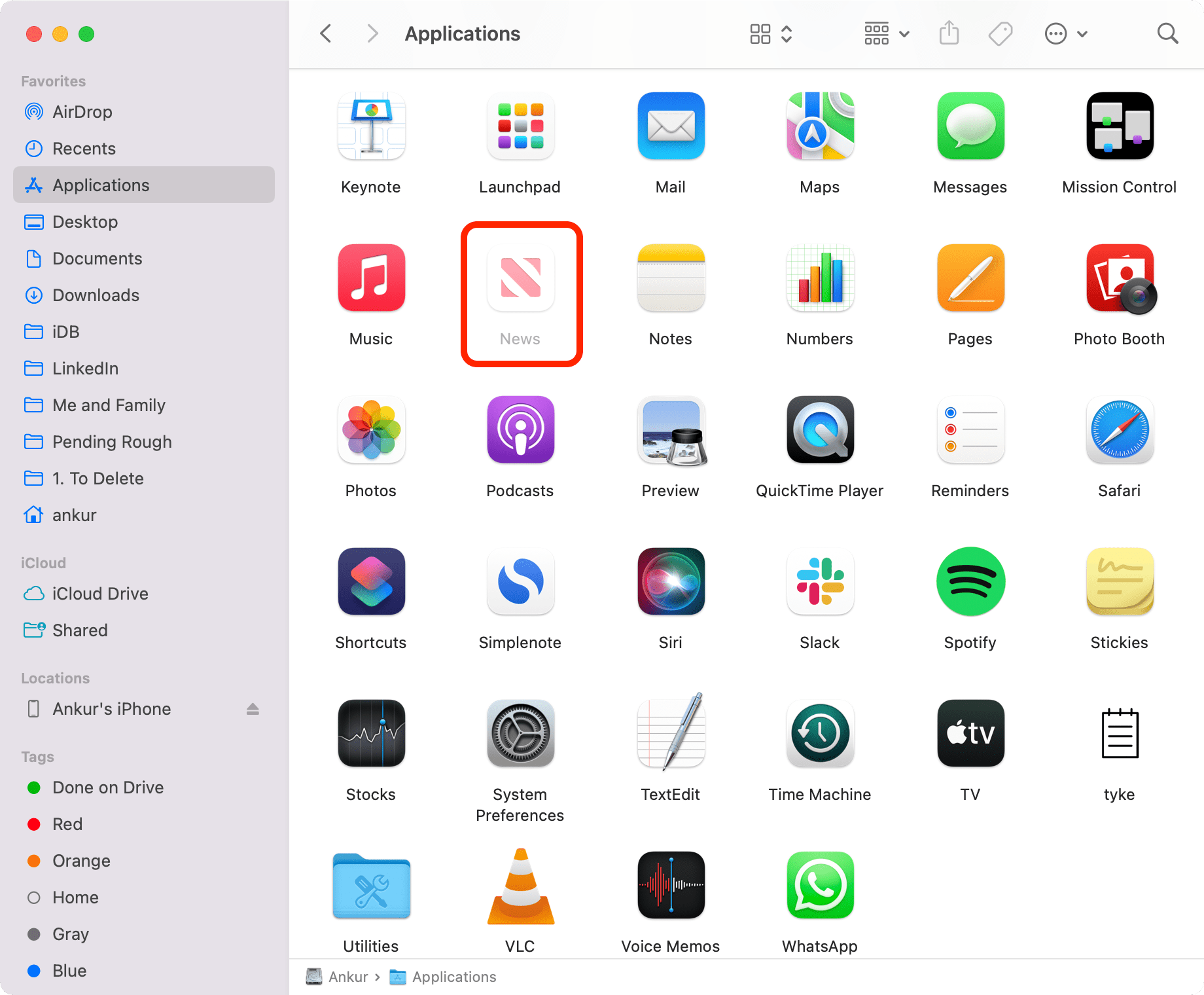 4) This hidden app won’t show in Mac’s Launchpad – where all apps are. So, add it to the Dock by dragging it from the Applications folder onto the Dock. From here, you can open it anytime you like. You can even drag it to Mac’s desktop and have it there. 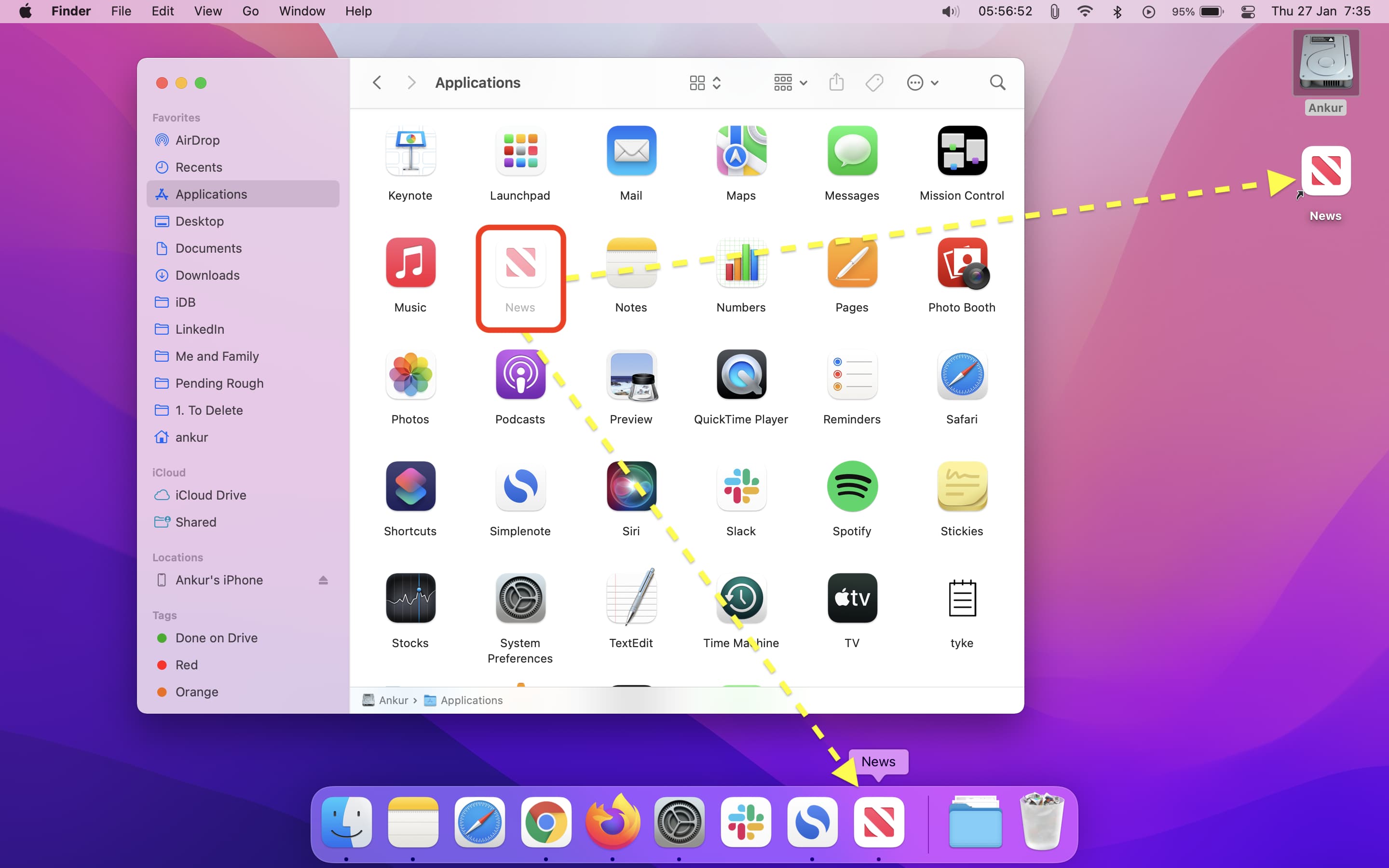 How to get Apple News on iPhone, iPad in any country

On iOS and iPadOS devices, the only way to get Apple News is by changing your device region to one of the four countries where it’s officially available.

Here’s how to do that and get Apple News on your iPhone or iPad while you stay in a country where it’s not available.

3) Tap Region and choose one of the four supported countries – Australia, Canada, United Kingdom, or the United States. 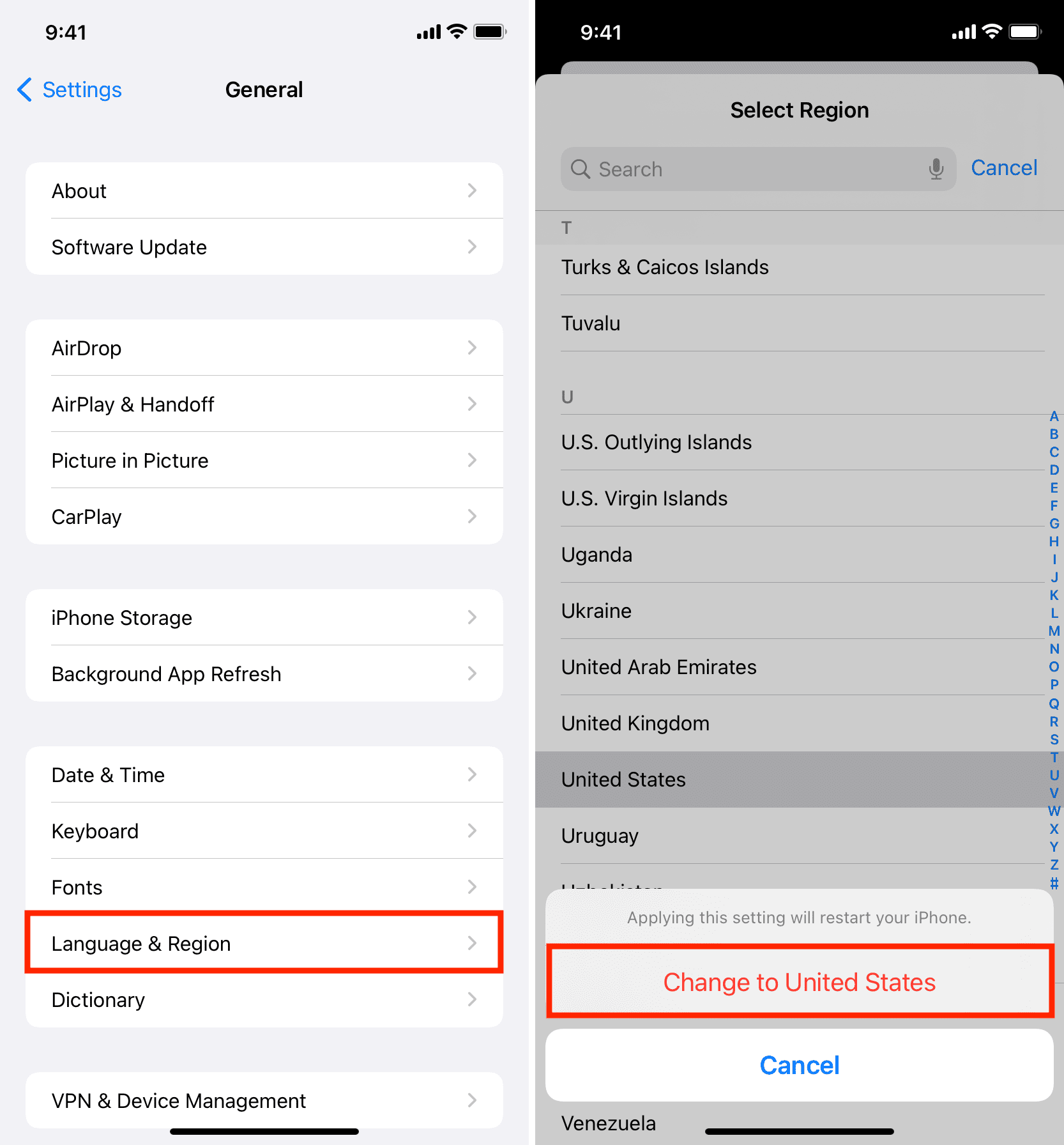 You will instantly see the Apple News app icon on your iPhone or iPad. If not, restart your iPhone. Even then, if you don’t see it, switch to a different supported country. You may also try getting it manually from the App Store via this link. But most likely, it will say App Not Available.

Related: How to download an iPhone app that’s not available in your country 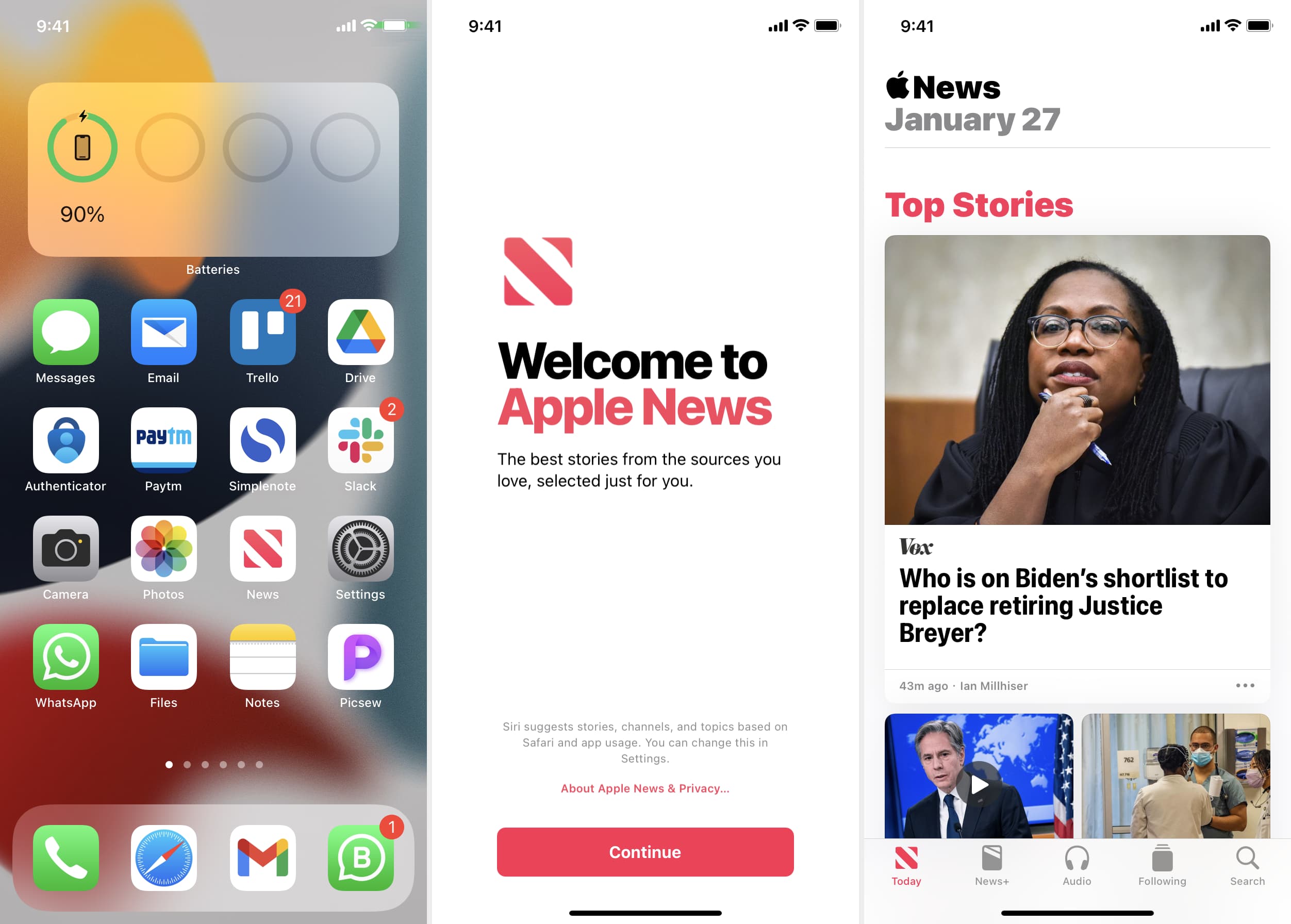 Important: If the News app asks for your location, don’t allow it to access it. If you do, it will figure out you aren’t in the said country, and as a result, you might have a poor experience in the app, with many channels saying “Unavailable in your region.”

The Mac’s method mentioned above is better. But if you want to, you can change your Mac’s region to get the Apple News app. For that, go to System Preferences > Language & Region > Region and select one of the four countries.

If you don’t want to change your iPhone region, you can still use Apple News – to a limited extent – in the form of widgets.

The best part of these widgets is they will primarily serve you news links from your country’s local publishers or relevant to it.

How to get Apple News on Apple Watch in any country

Your Apple Watch mimics most iPhone settings. So, once you change the region of your iPhone to one of the four supported countries, you will find that the News app automatically shows on your Apple Watch as well. From here, you can read the headlines on your wrist.

How to remove Apple News from your device

If the news displayed by Apple News doesn’t suit you, or you find the app lackluster and most things behind a paywall of a foreign currency, follow the same steps to switch back to your original country. After this, the Apple News app will disappear from your Home Screen.

Let me recap the steps:

How to read Apple News on Windows PC, web browser, or Android?

Apple News and its premium News+ service are only available on Apple devices, like iPhone, iPad, Mac, iPod touch, and Apple Watch. As of now, it isn’t possible to read Apple News on Android, Windows PC, or a web browser. It’s also not available on Apple TV and HomePod.