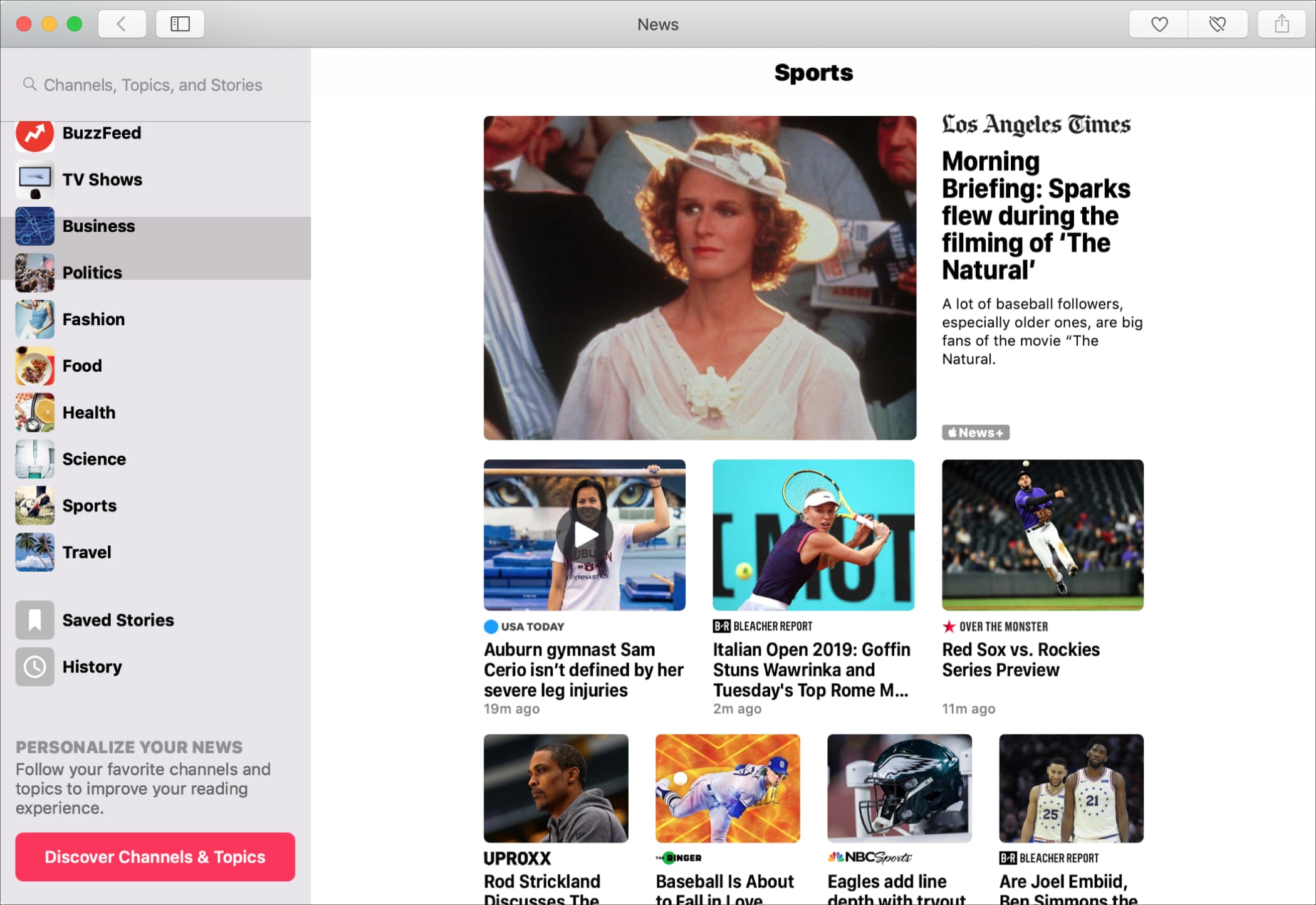 If you use Apple News as your primary news source, then you likely have some certain topics and channels you like more than others. You may love to browse the sports or entertainment section but always see that one source (channel) that you just don’t like very much.

With Apple News, you can block those channels that you don’t care for and if you change your mind later, you can easily unblock them too. So, here’s how to block a news source in Apple News on iPhone, iPad, and Mac.

Block a news source in Apple News on iOS

To block a news channel on iPhone or iPad, open Apple News and then follow these steps.

1) Tap the news source you want to block.

3) Scroll a bit to the right and tap Block Channel.

4) Confirm that you want to block the channel by tapping Block in the pop-up. 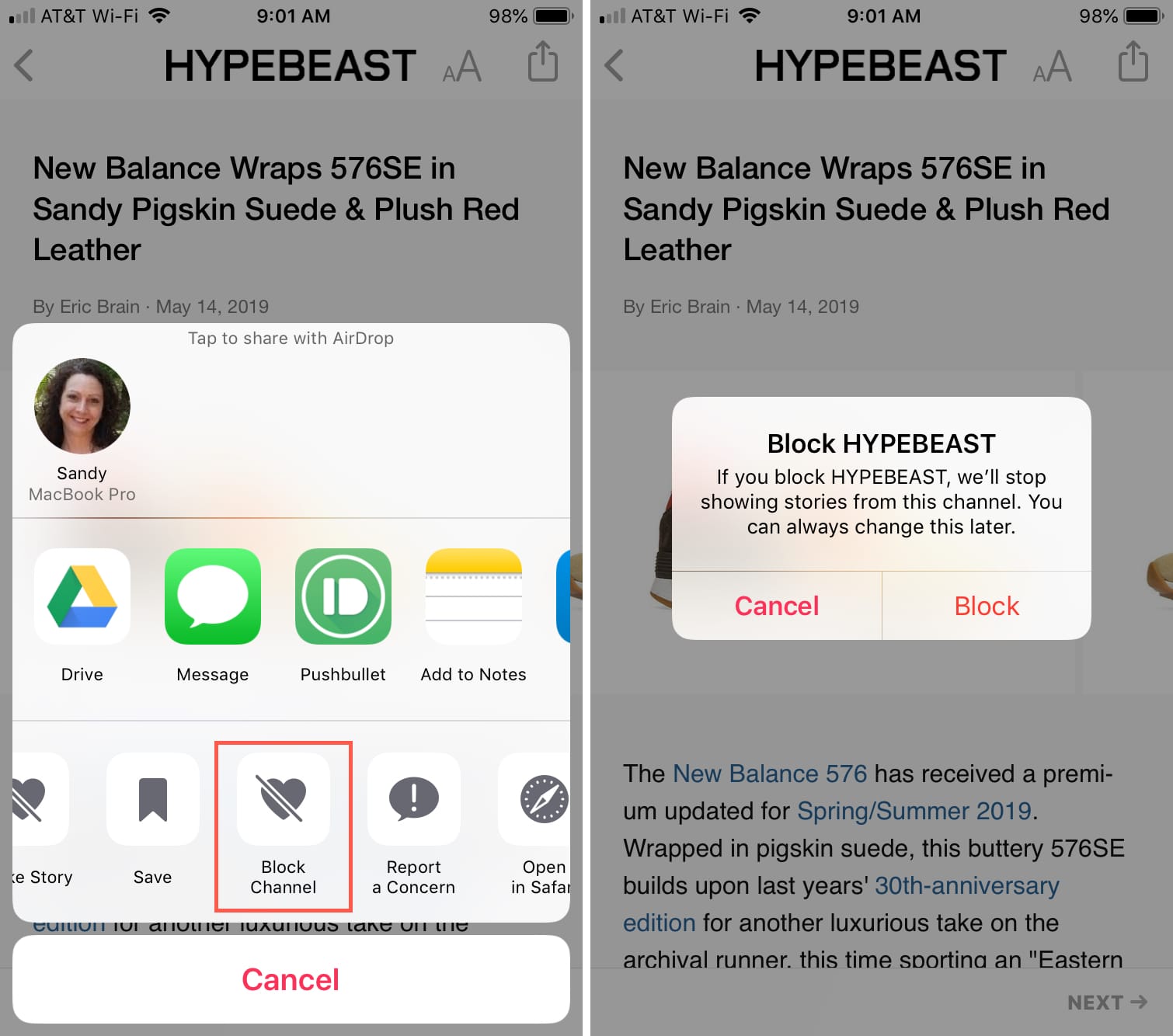 Unblock a news channel in Apple News on iOS

If you change your mind about a news source you have blocked, you can put them back in your good graces easily.

1) In the News app, tap the Following tab at the bottom.

3) Tap the minus sign next to the channel you want to unblock and then tap Remove. 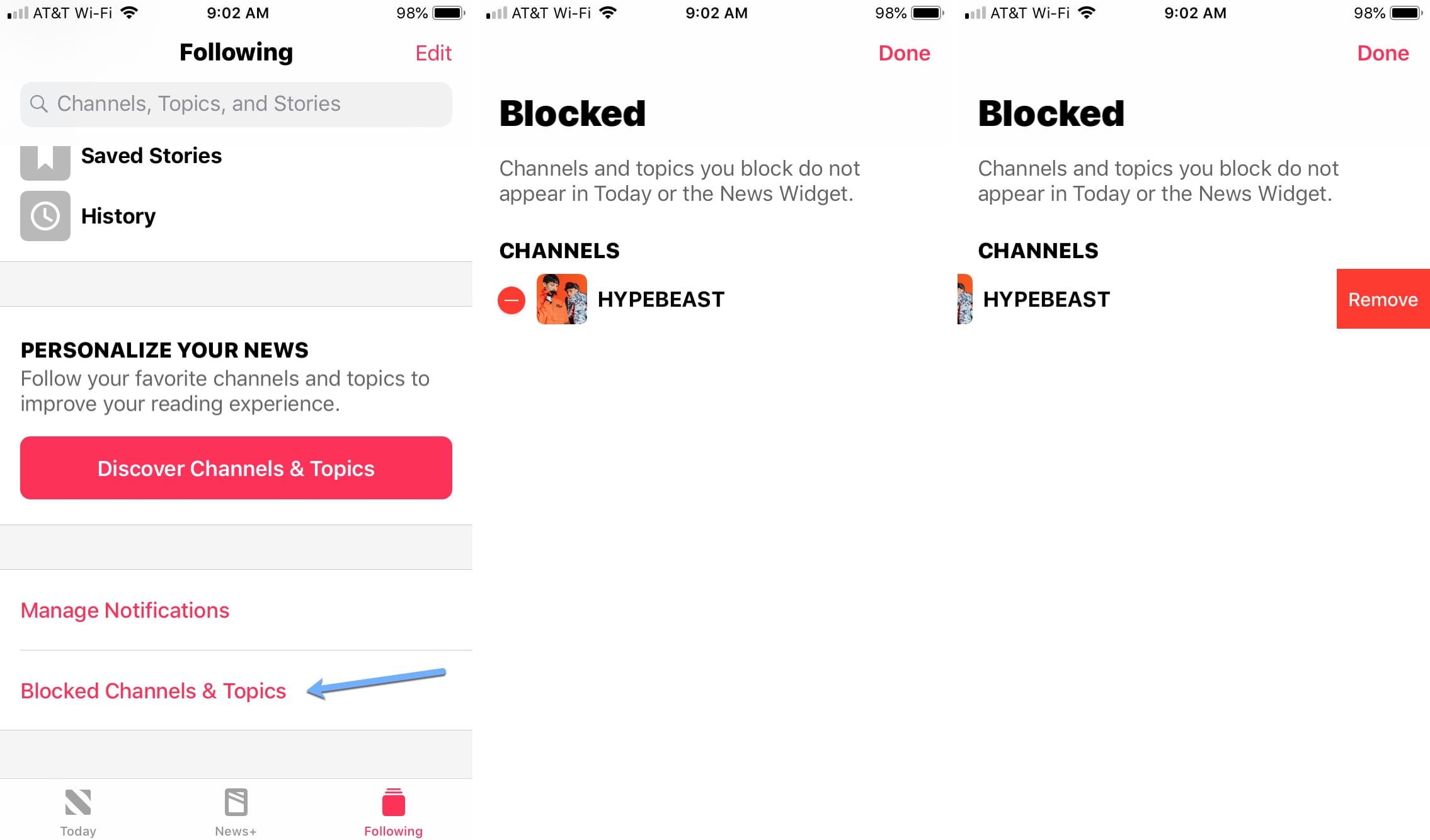 Now you’ll see that channel within its topic once again for you to choose.

Block a news source in Apple News on Mac

Blocking a channel in Apple News is even easier on Mac than on iOS. Just open the Apple News app and do the following.

1) Select the news source you want to block. 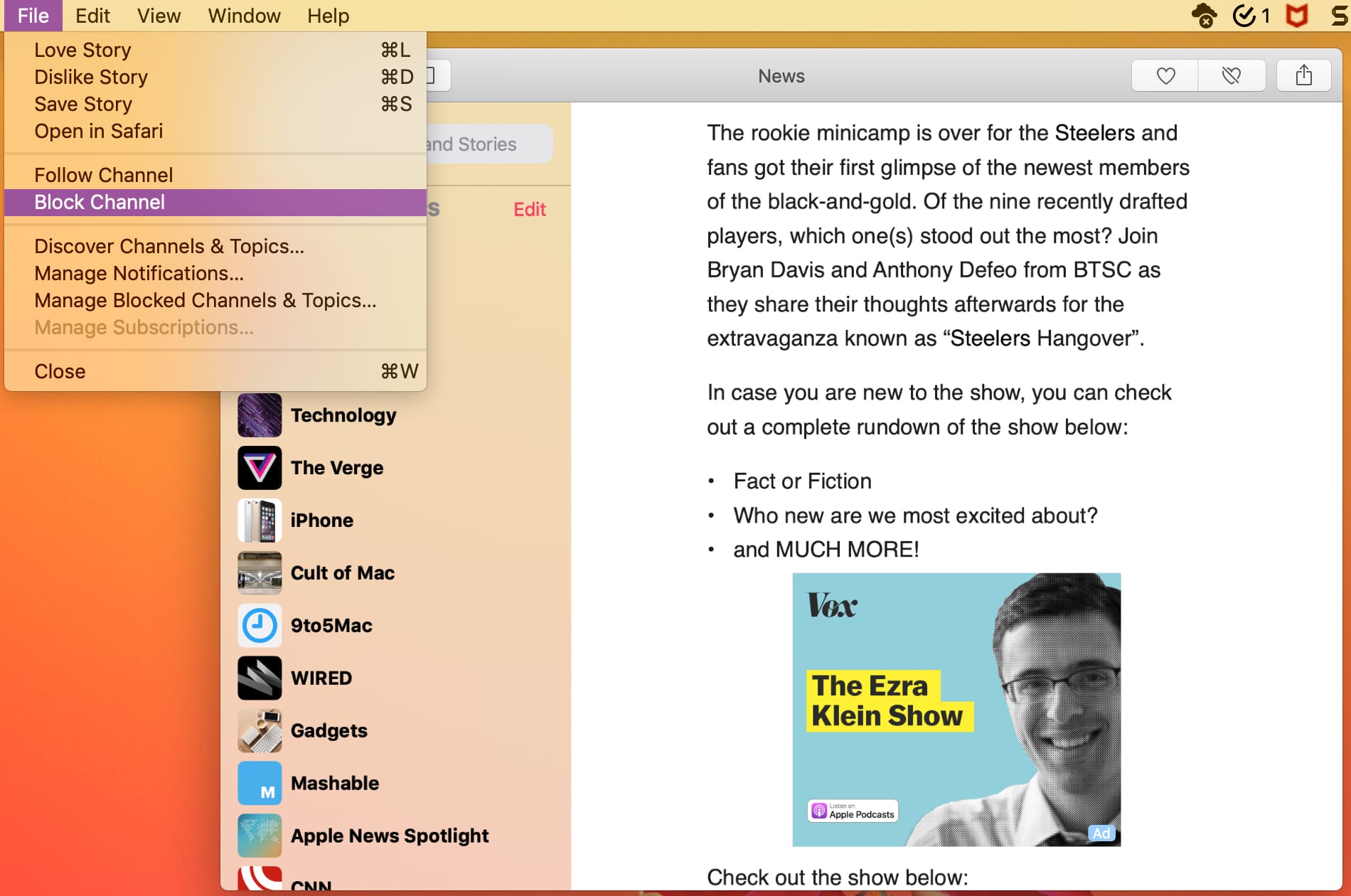 Unblock a news channel in Apple News on Mac

If you decide later to unblock a channel, you can do this on Mac with a few clicks. 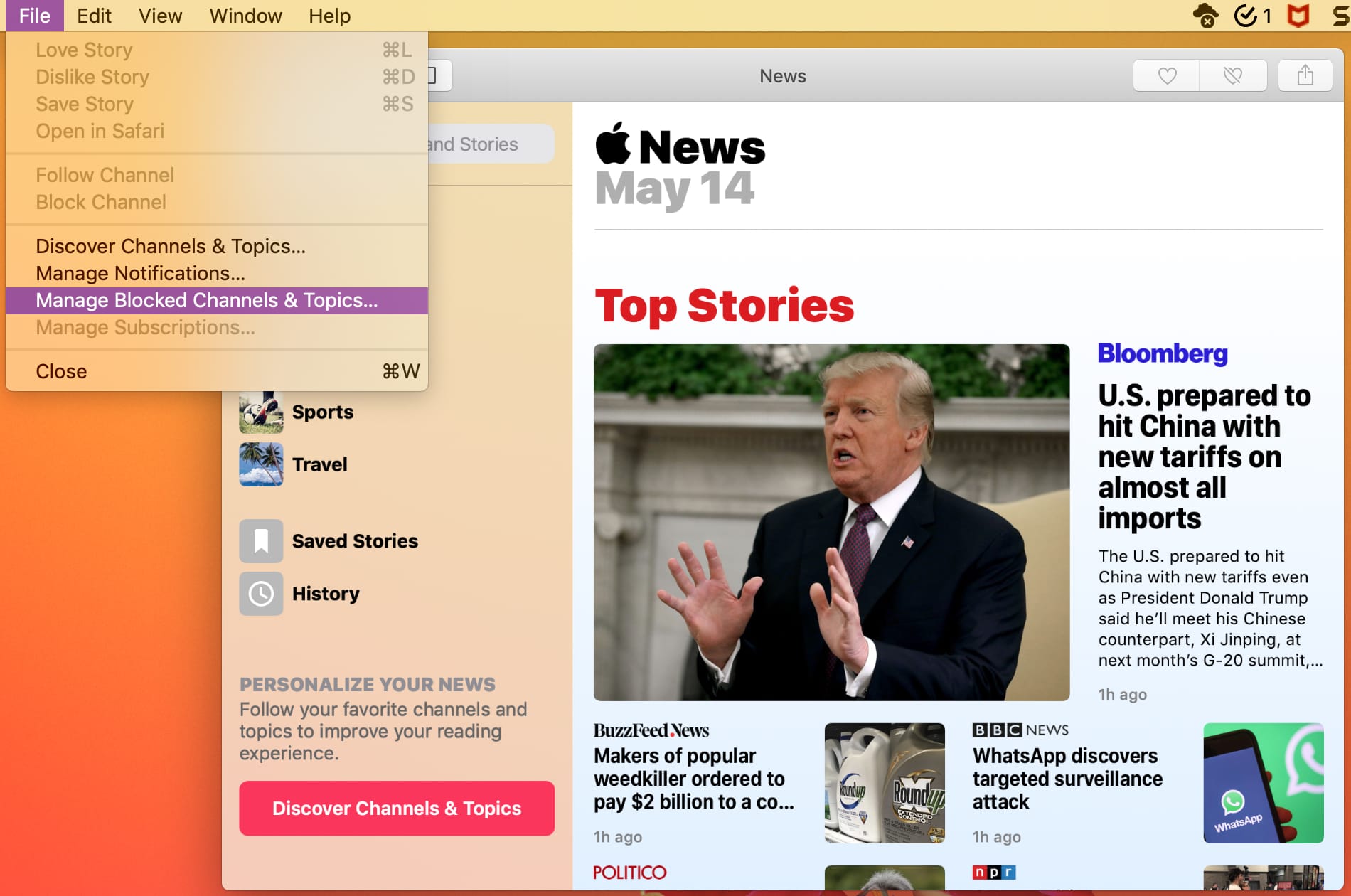 2) Select the minus sign next to the channel you want to unblock in the pop-up window. 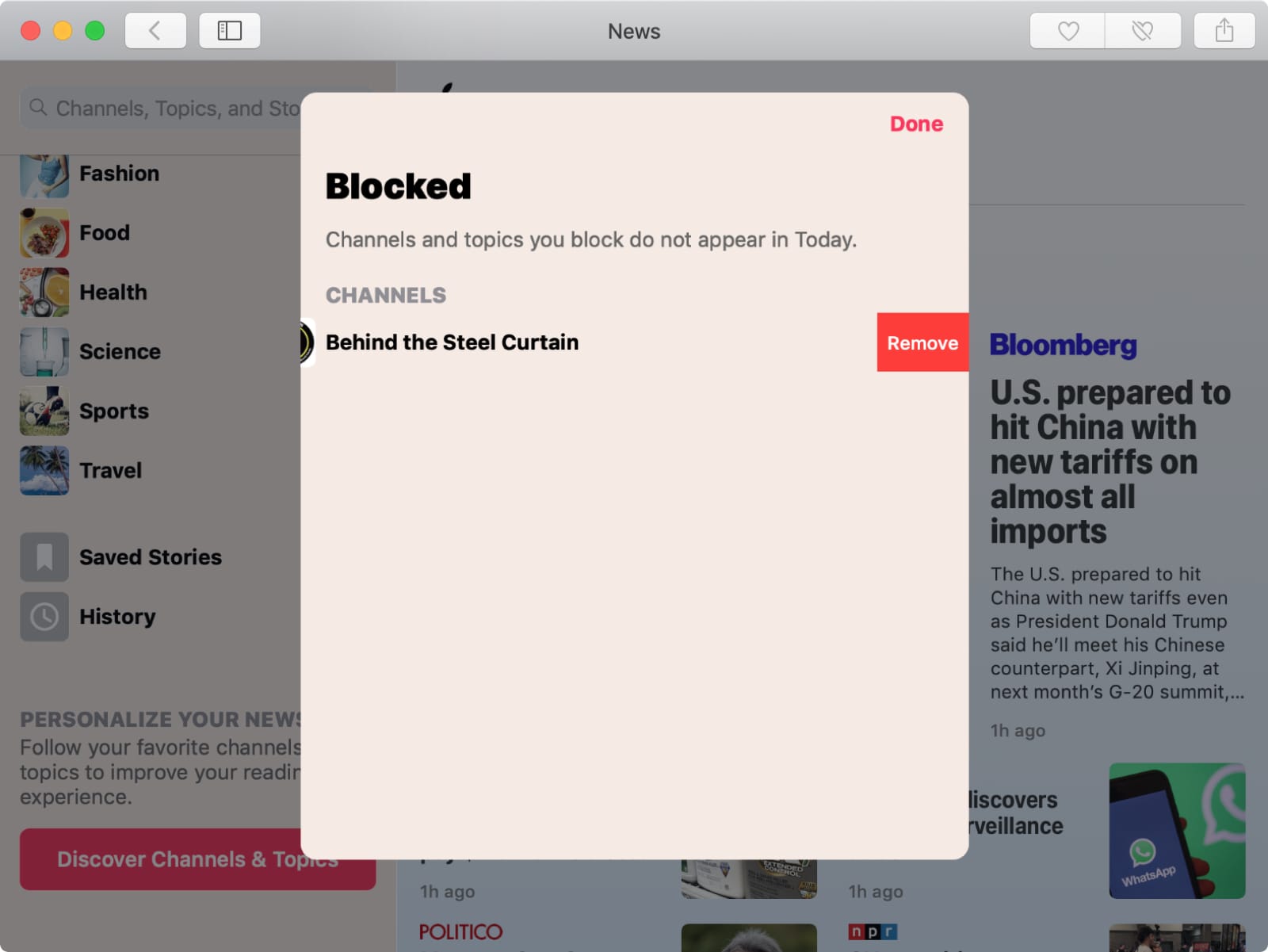 How do you feel about Apple News? Is it your preferred news app? Do you subscribe to receive access to even more sources? Are you planning to block any channels Let us know your thoughts below!

Thank you Dave Mark and Kirk McElhearn for the tip.