It’s that time of the week again, and as usual, we’ll be kicking off a roundup of all the latest jailbreak tweaks in case you didn’t already catch a glimpse throughout the week. This roundup will encompass releases from Monday, July 27th to Sunday, August 2nd.

As usual, we’ll start things off by showcasing our favorite releases first and then wrap things up with an outline of all the other releases afterward. 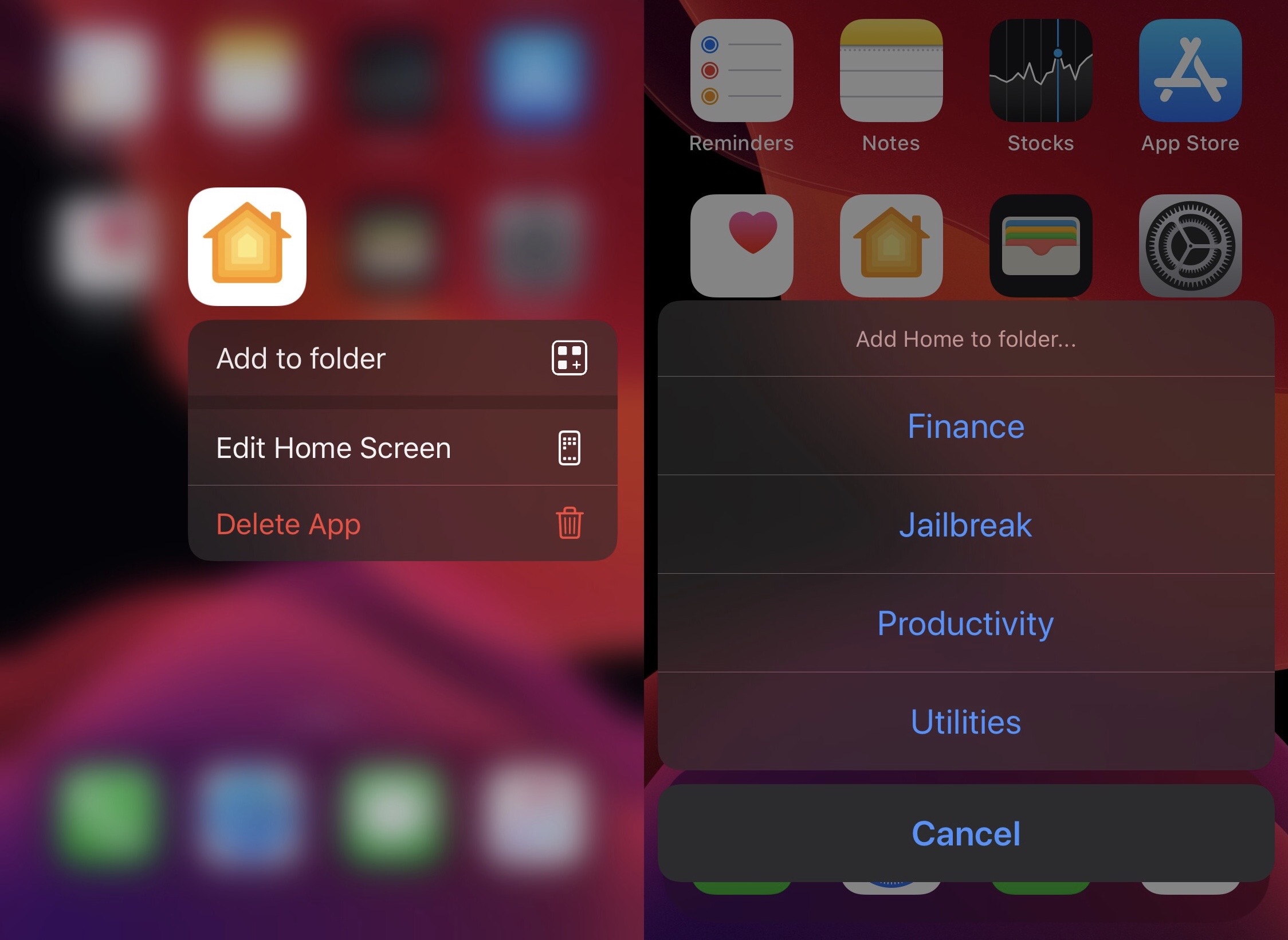 If you’re anything like me and you find the drag-and-drop method of adding apps to Home Screen folders to be tedious and time consuming, then you’ll love a new tweak called AddToFolder.

This tweak simplifies the process by adding a new option to the Home Screen’s 3D Touch/Haptic Touch menus. With just a few taps, you can avoid all that unwanted frustration.

You can learn more about AddToFolder and where to get it in our full review. 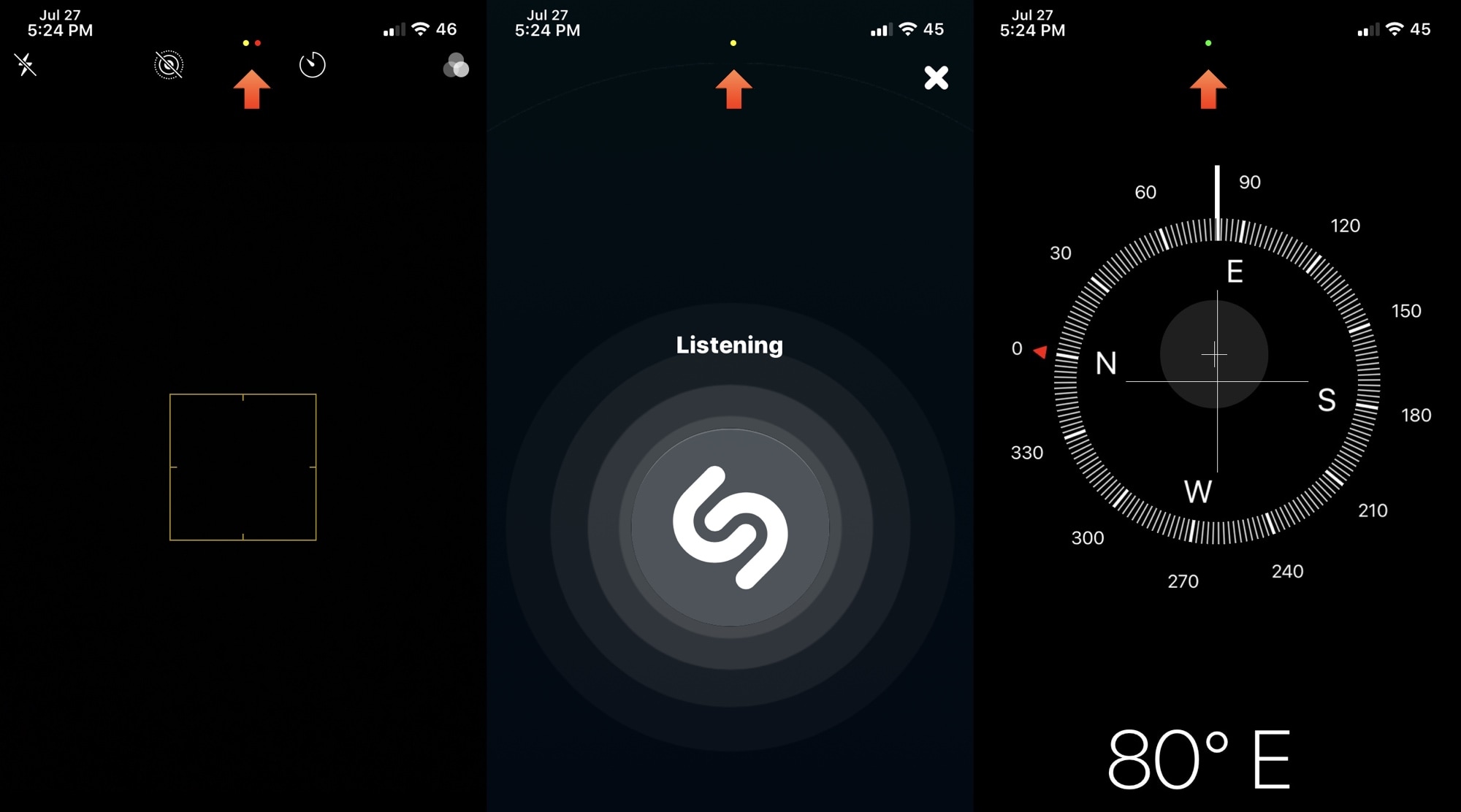 One of the most sought after new features of iOS 14 is the introduction of indicator dots that let you know when an app or service begins using privacy-intruding hardware such as the camera, GPS chip, or microphone.

A newly released jailbreak tweak dubbed Quorra simply brings this same feature to jailbroken iOS 13 devices so that you won’t feel as compelled to upgrade and lose your jailbreak this Fall.

You can learn more about Quorra and how it works in our full review.

Sometimes we all just want an easy-to-digest, all-in-one interface for all our favorite iPhone-oriented things. Whether that’s a module full of shortcuts, an interface for displaying device information, or an animated Now Playing widget.

Rapid is a jailbreak tweak that combines all of the aforementioned things and more into a single interface that can be invoked from anywhere with a gesture of your choosing.

You can learn more about Rapid and what it can do for you in our full review. 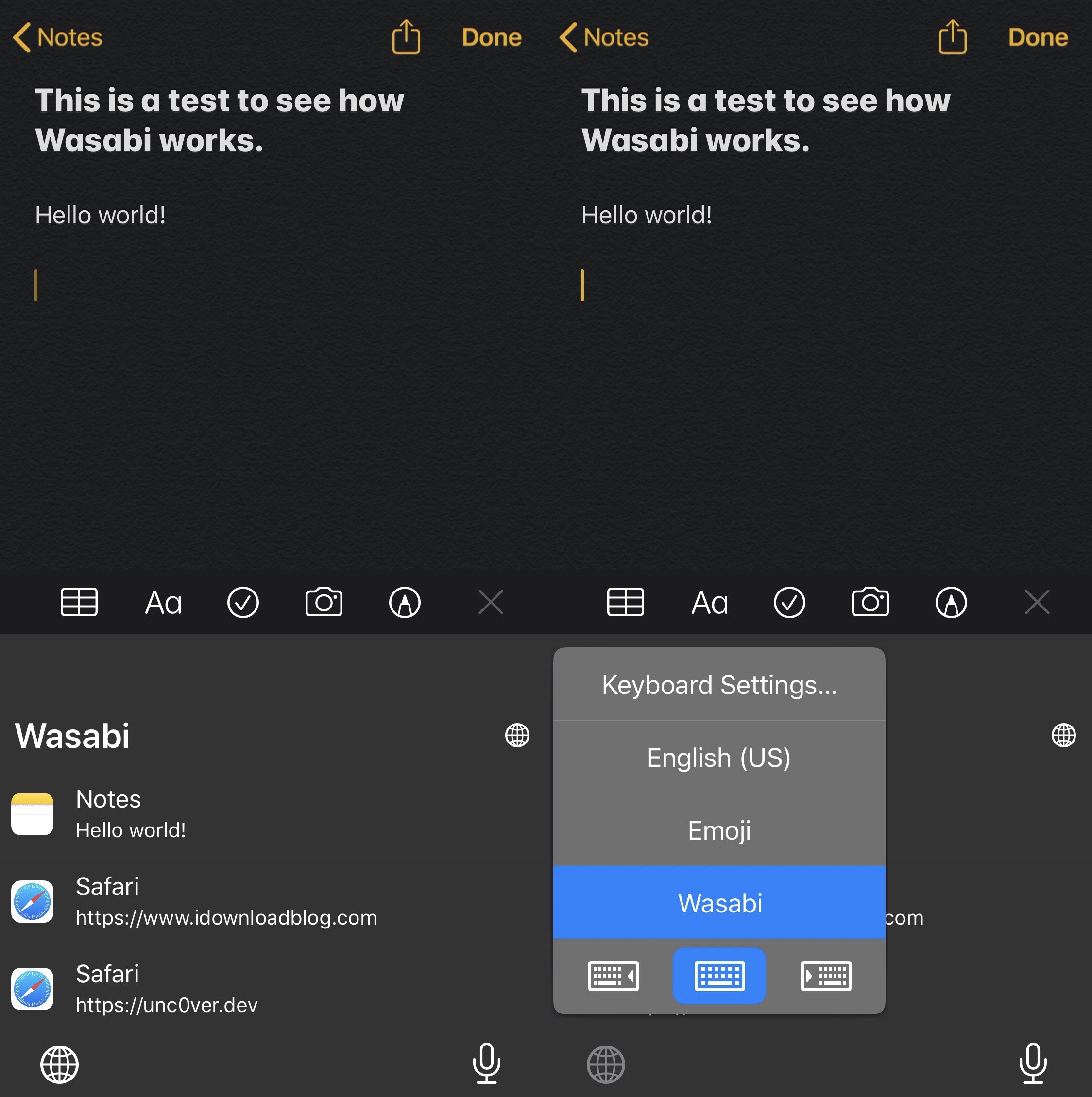 One thing Apple always seems to brush off with each major iOS & iPadOS release is the need for a revamped clipboard experience. As multitasking on mobile devices becomes increasingly important, this is getting more difficult to ignore.

You can learn more about Wasabi and how it works in our full review.

BackRunner: Keeps apps running in the foreground even when they aren’t open on the screen (free via tr1fecta repository)

BringBackDaHaptics: Brings back haptic feedback when liking Tweets in the Twitter app (free via tr1fecta repository)

HomeSize: Lets you customize the size of the Home Bar (free via BigBoss repository – review)

LockShut: Prevents your jailbroken iPhone from being powered off via the native shut down menu ($0.99 via Chariz repository – review)

QzoneRadiator: Removes “Popular Videos” and ads from the Qzone of the QQ app (free via BigBoss repository)

RedditUndoScrollUp: Lets you undo the accidental scroll-up when using the Reddit app (free via Packix repository)

SpotifyDefaultOutputDevice: Lets you automatically connect to your last used audio device when listening to Spotify Music (free via Packix repository)

SpotifyPlaylistNumberOfSongs: Displays the number of songs in each Spotify playlist (free via Packix repository – review)

TVLock13: Brings the classic TV off animation to your jailbroken iOS 13 device when locking it (free via wrp1002 repository – review)

TwitterBackFeedBack: Brings haptic feedback back to the Twitter app (free via BigBoss repository)

Cydia on Odyssey: Learn how to install Cydia on the Odyssey jailbreak alongside Sileo.

Odyssey tutorial: Learn how you can jailbreak with the new Odyssey tool using AltStore.

Remove checkra1n jailbreak tutorial: Learn how you can un-jailbreak a device that was pwned via checkra1n without erasing any of your personal data.

Remove unc0ver jailbreak tutorial: Learn how you can un-jailbreak a device that was pwned via unc0ver without erasing any of your personal data.

While that wraps things up for this week’s jailbreak tweak roundup, we can assure you that there will be plenty more where that came from throughout the coming work week. As usual, we recommend keeping it tuned to iDownloadBlog to so that you don’t miss a beat.

Let us know in the comments section below what your favorite jailbreak tweak release was this past week.