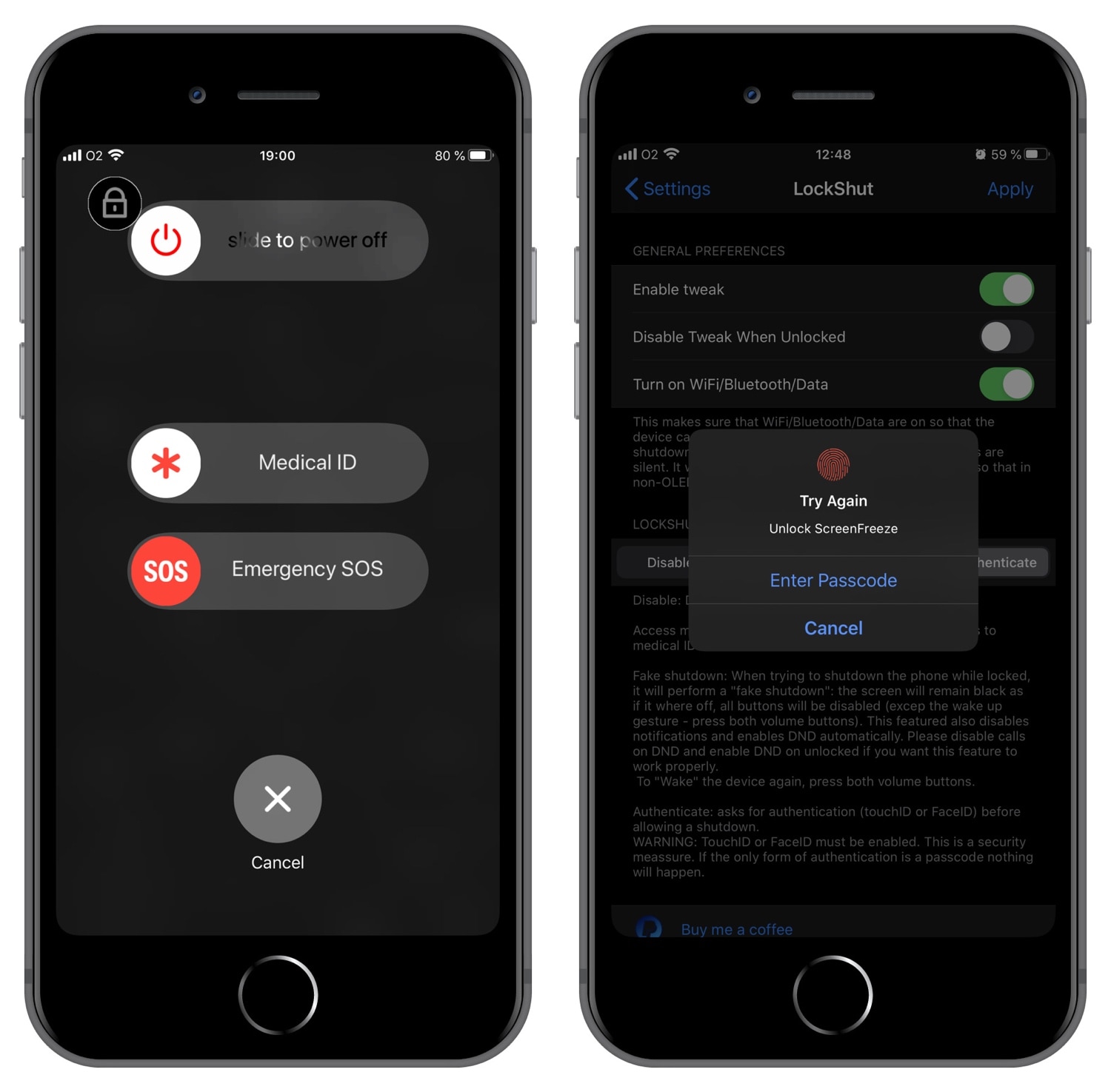 One of the first things a clever iPhone thief will do upon stealing your expensive handset is turn it off so that you can’t call it to listen for your ringtone or use its built-in GPS receiver to track it via Find My iPhone. With this sentiment in mind, it’s amazing that Apple doesn’t require additional secure steps to fully power off your device.

iOS developer Greg Rabago (Greg0109) recognized this eyebrow-raising caveat and consequently developed a new jailbreak tweak called LockShut in an effort to prevent thieves from powering down your iPhone without your permission.

LockShut can be used a variety of different ways depending on the mode you choose to use. Those include:

In the scenarios above, the Disable, Access medical, and Authentication features are probably the most likely to pique a thief’s curiosity. The Fake shut down feature on the other hand makes the thief think that the iPhone has been turned off by turning the display black, when in fact the hardware remains fully functional. For that reason, we highly recommend the fake shut down feature.

Once installed, LockShut adds a dedicated preference pane to the Settings app where users can configure the tweak to their liking: 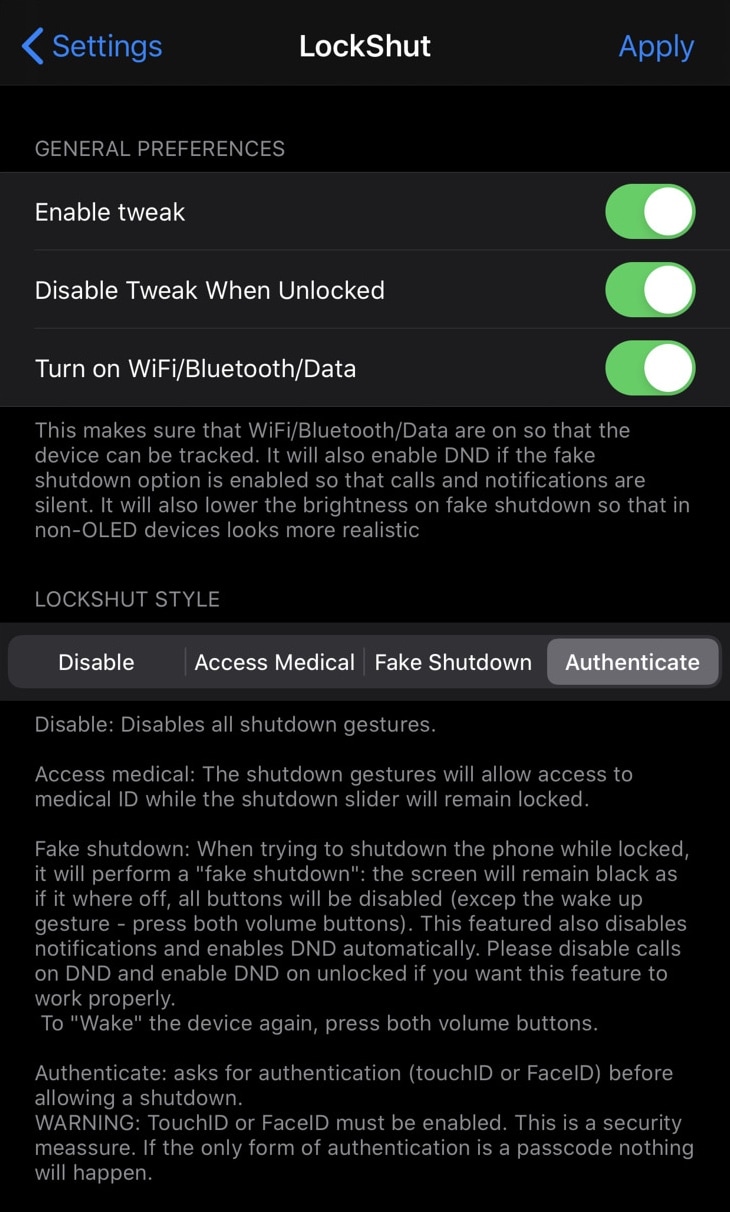 The developer includes an Apply button at the top right of the preference pane to save any changes you make.

If you’re using this tweak, it’s important to remember that someone can always circumvent your jailbreak tweak(s) by forcefully shutting down the device. This is the leading reason that we recommend using the fake shut down feature, as most thieves won’t think twice after they see a black screen. You, on the other hand, will still be able to track your device when this happens.

Those interested in adding an extra layer of theft security to their iPhones can purchase the new LockShut tweak for $0.99 from the Chariz repository via their favorite package manager. LockShut supports jailbroken iOS 11, 12, 13, and 14 devices.

Do you have any plans to use the LockShut jailbreak tweak? Let us know why or why not in the comments section below.