Reachability is an often-under-appreciated feature of iOS that makes it so much easier for iPhone users to touch interface elements normally residing at the top of the display – especially when only using one hand. For the most part, it does a good job of this.

Unfortunately, Reachability also tends to leave a lot of unused space at the top of the iPhone’s display when it moves the interface down to make it more reachable with one hand, an issue that a newly released and free jailbreak tweak dubbed ReachInfo by iOS developer 1di4r tries to fix.

As depicted in the screenshot examples above, ReachInfo fills that empty space with a utilitarian display of your choice. The tweak comes with three primary options, including a bash-like interface that shows useful information, a live analog clock interface that tells the current time, and an alternative time display complemented with an astronaut meme.

Once installed, ReachInfo adds a dedicated preference pane to the Settings app where users can configure the tweak to their liking: 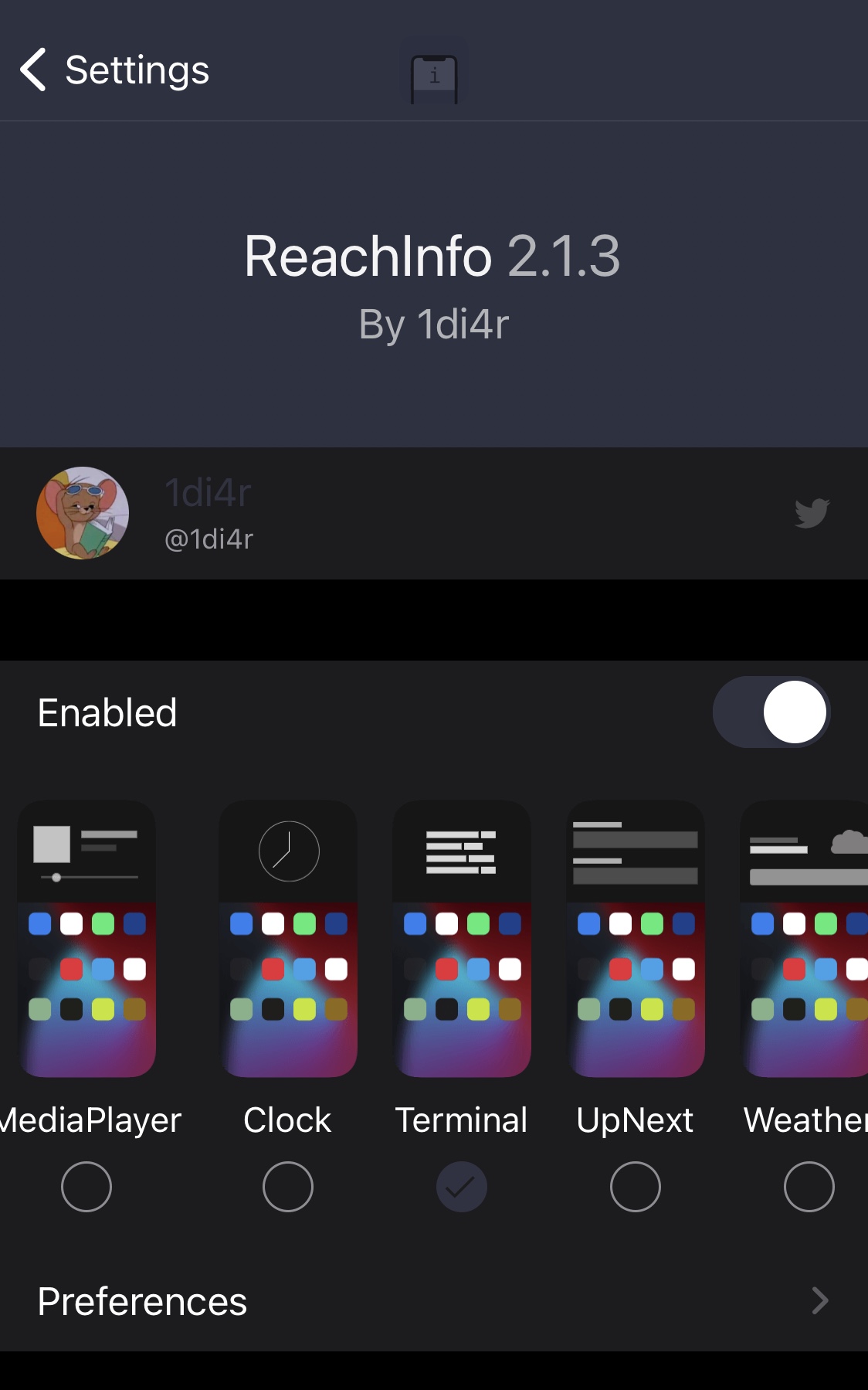 Digging deeper, the tweak offers the following preferences to configure: 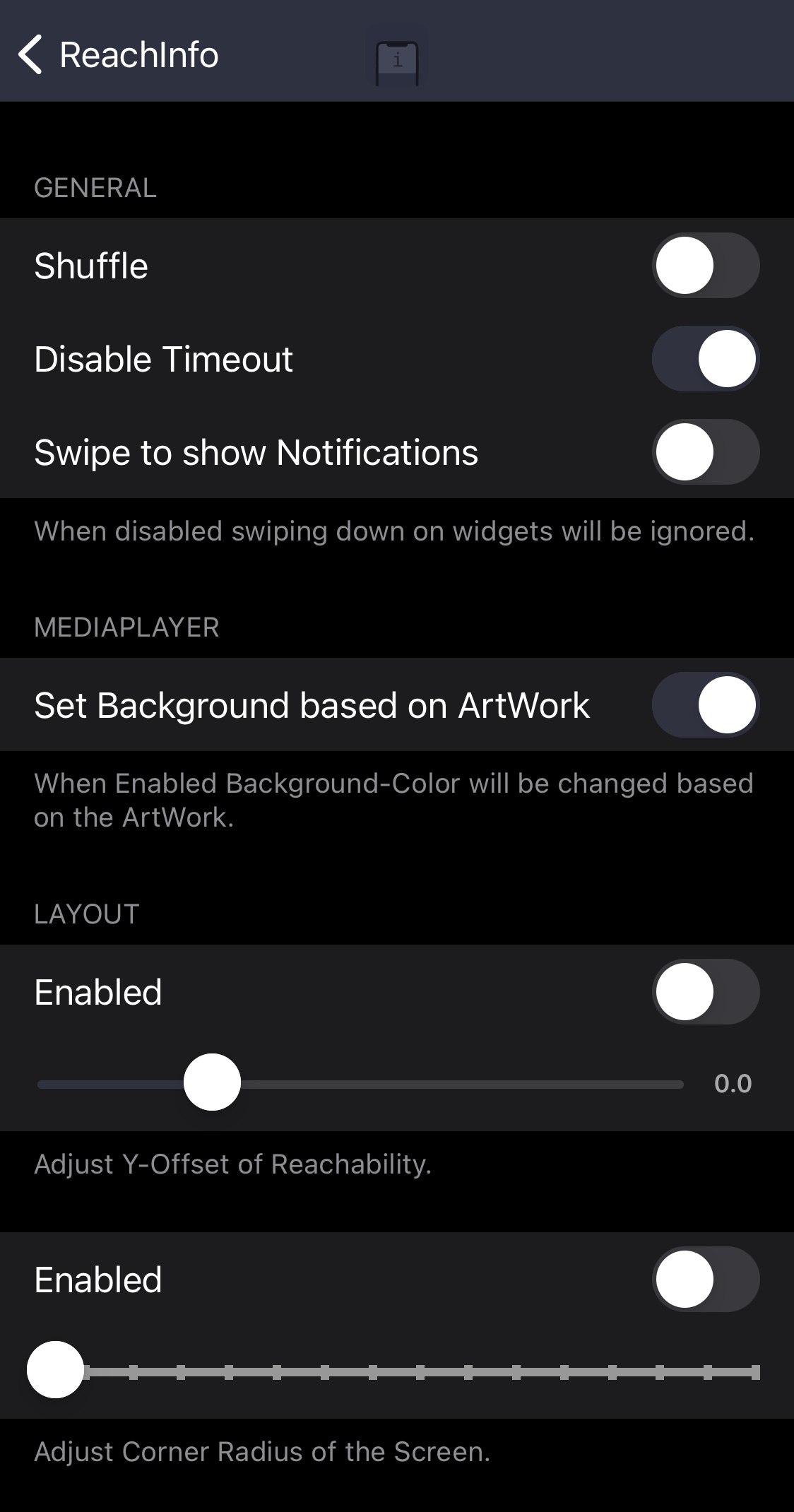 Out of the box, the analog clock option is probably our favorite offering for filling the Reachability interface. In addition to being something nice to look at, it fills the empty space nicely. The bash-like information panel would be our second favorite, followed by the astronaut meme-complemented digital clock for last place.

According to the developer, ReachInfo is open source on GitHub and other developers are free to create their own ReachInfo add-ons if they’d like to contribute to more useful ways of filling this otherwise wasted space.

Those interested in trying ReachInfo can download the tweak for free from the Twickd repository via their favorite package manager. The tweak supports jailbroken iOS 13 & 14 devices.

Do you plan to install ReachInfo on your pwned iPhone? Tell us why or why not in the comments section below. Also, feel free to let us know whether you think the native Reachability interface wastes valuable screen real estate or not.