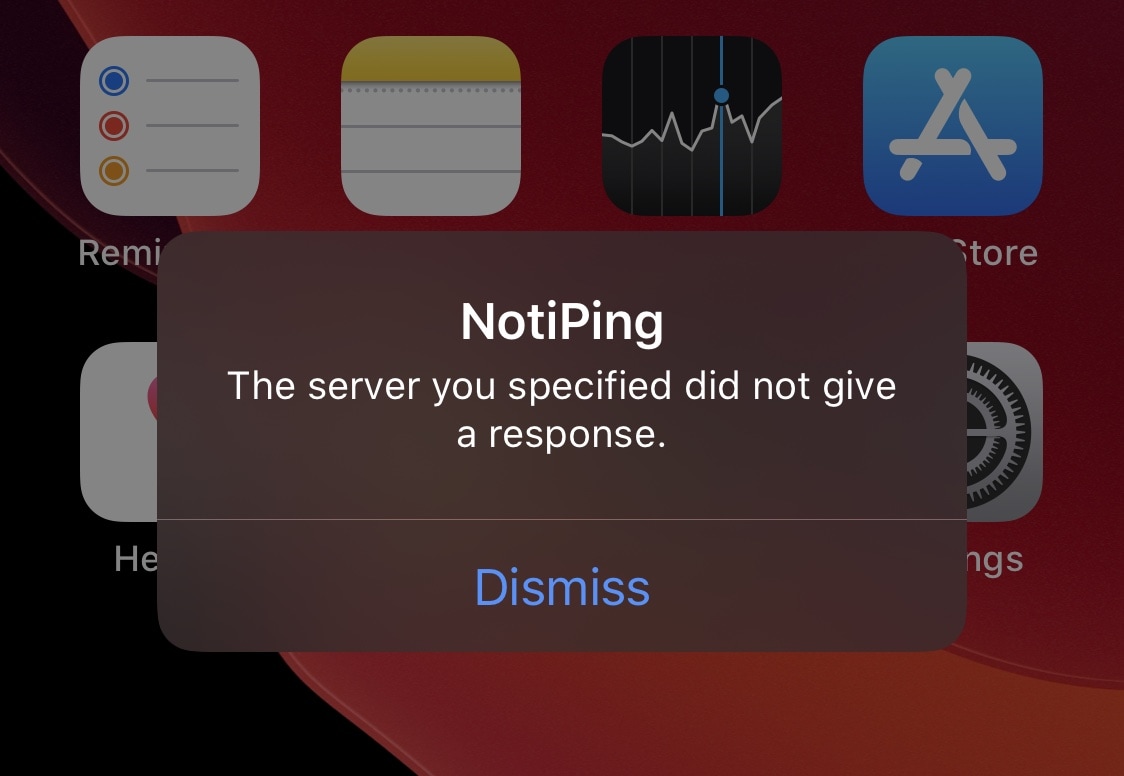 If you spend a lot of time on certain websites, you may happen upon instances where some of those go offline temporarily either because of a small server blip, intentional maintenance, or other circumstances. I often find myself using online utilities like DownDetector to determine whether a site isn’t responding or if it’s my own internet connection, but it sure would be nice to get the heads up that a site was down before I tried to use it.

That’s the idea behind a newly released and free jailbreak tweak dubbed NotiPing by iOS developer ItHertzSoGood. Just as the tweak’s name implies, NotiPing sends occasional pings to a server of your choice and then provides you with a notification if or when that server goes offline for any reason. An example of the aforementioned notification is depicted in the screenshot above.

One thing you’ll notice about the notification is that it appears as a persistent alert rather than a temporary banner notification. This has its pros and cons – the pro is that you won’t miss when the server goes down and the con is that you have to dismiss it manually. Likewise, you’ll also notice that the alert doesn’t specify which server went down; again, pros and cons – the pro being that you can check sites incognito and the con being that you might forget what site you’re monitoring and have to remind yourself later on.

Worried about battery life? Don’t be. NotiPing lets the user configure how frequently the tweak checks for server outages. Obviously, a lesser frequency will have a smaller parasitic effect on the handset’s battery, while a more frequent check will have just the opposite effect. You should balance these factors to suit your own needs.

You can configure that and more from the tweak’s preference pane, which gets added to the Settings app after being installed: 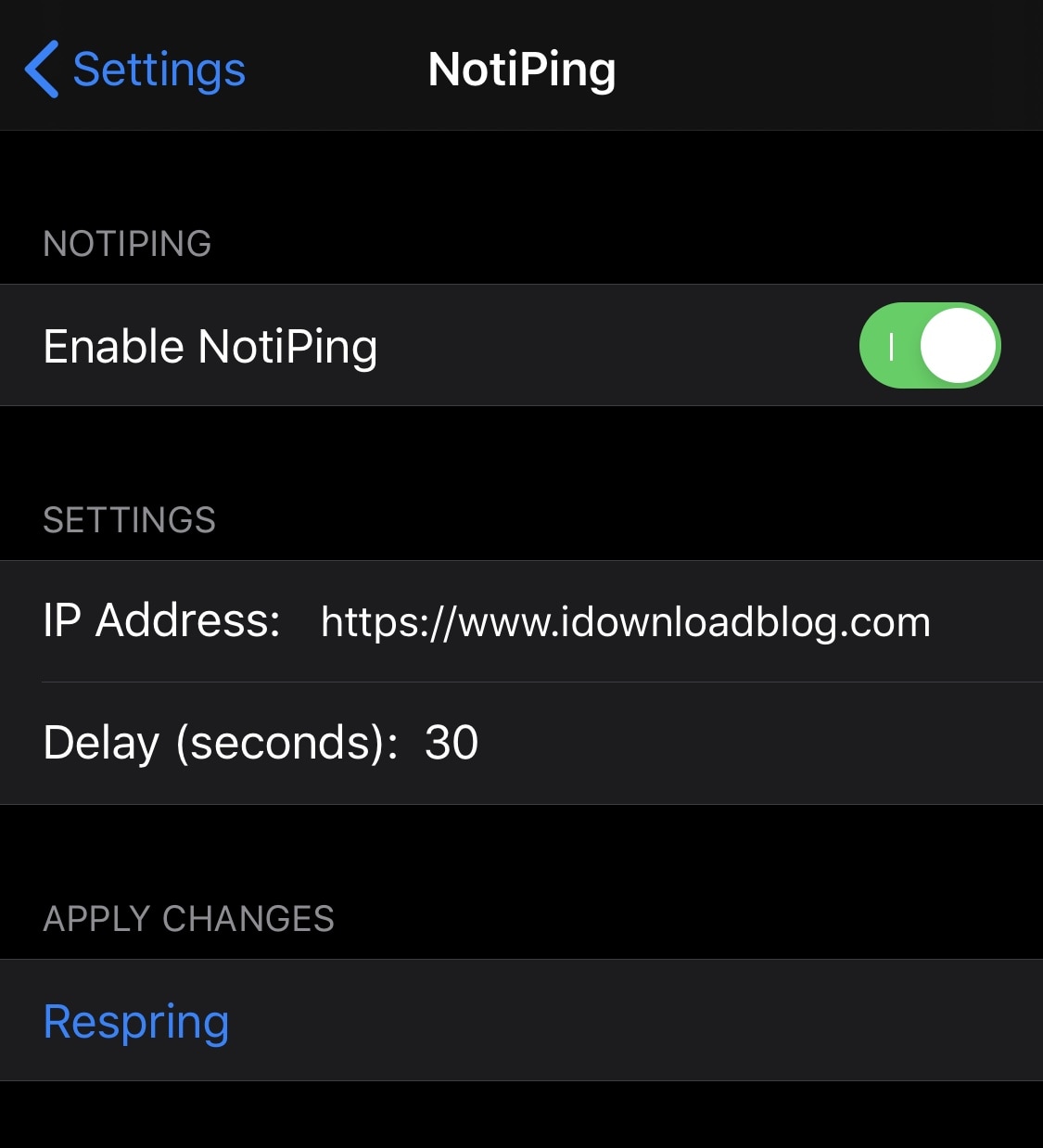 The developer includes a respring button in the preference pane to help you save the changes you make on demand.

If you’re interested in monitoring the online status of a single server in particular, then NotiPing might be the tweak for you. If we could change anything about the tweak, we’d probably request support for more than one server and support for banner notifications that specify which site went offline.

NotiPing is available as a free download from Ametrine repository via your favorite package manager. The tweak supports jailbroken iOS 13 devices and is open source on the developer’s GitHub page.

If you’re not already using the Ametrine repository, then you can add it to your package manager of choice using the following URL:

What site will you monitor with NotiPing on your pwned iOS device? Let us know down in the comments section below.