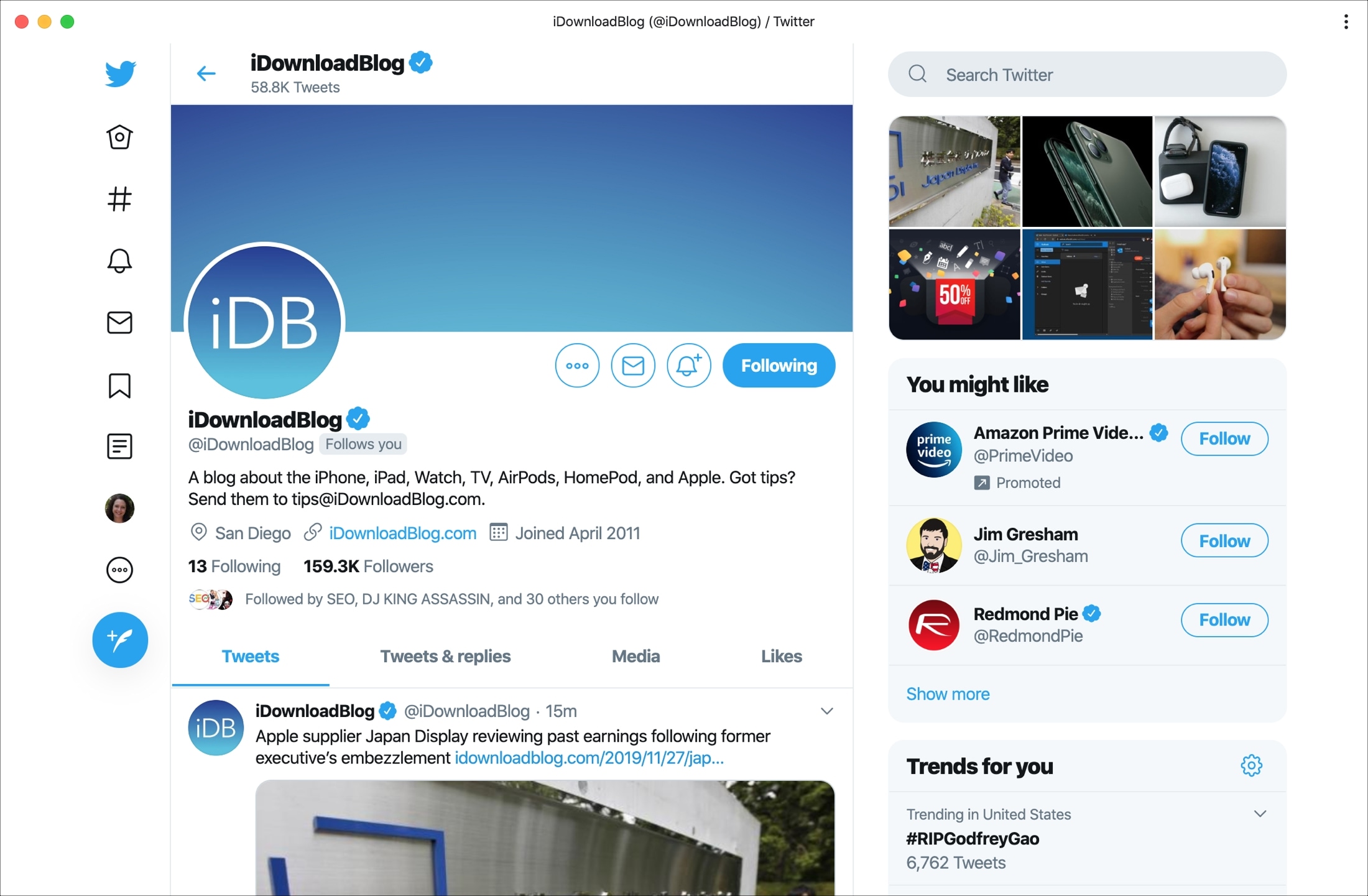 Twitter has a new Mac app, but it isn’t everyone’s cup of tea. Want the Twitter web experience but in app form? Here’s how to install Twitter as a web app on your Mac.

Twitter’s new Mac app was built using Catalyst, an Apple technology that makes it easy for developers to bring iPad apps to the Mac instead. That’s left the app a bit un-Mac-like and rough around the edges. Without resorting to a third-party app, you can use the Twitter web interface in app form with a few quick clicks.

What exactly is a Progressive Web App?

Without going into too much detail, a Progressive Web App (PWA) is an application that you can run from your browser. Being delivered through the web, it can run on any platform, work offline, and provide features similar to a downloadable app from the App Store.

A PWA is said to be responsive, faster after loading, installable without the App Store, and work and feel like any other app.

In the address bar of your browser, you should see a plus sign on the right. If you put your cursor over it, you’ll see the label, “Install Twitter” which is exactly what you want to do, right? 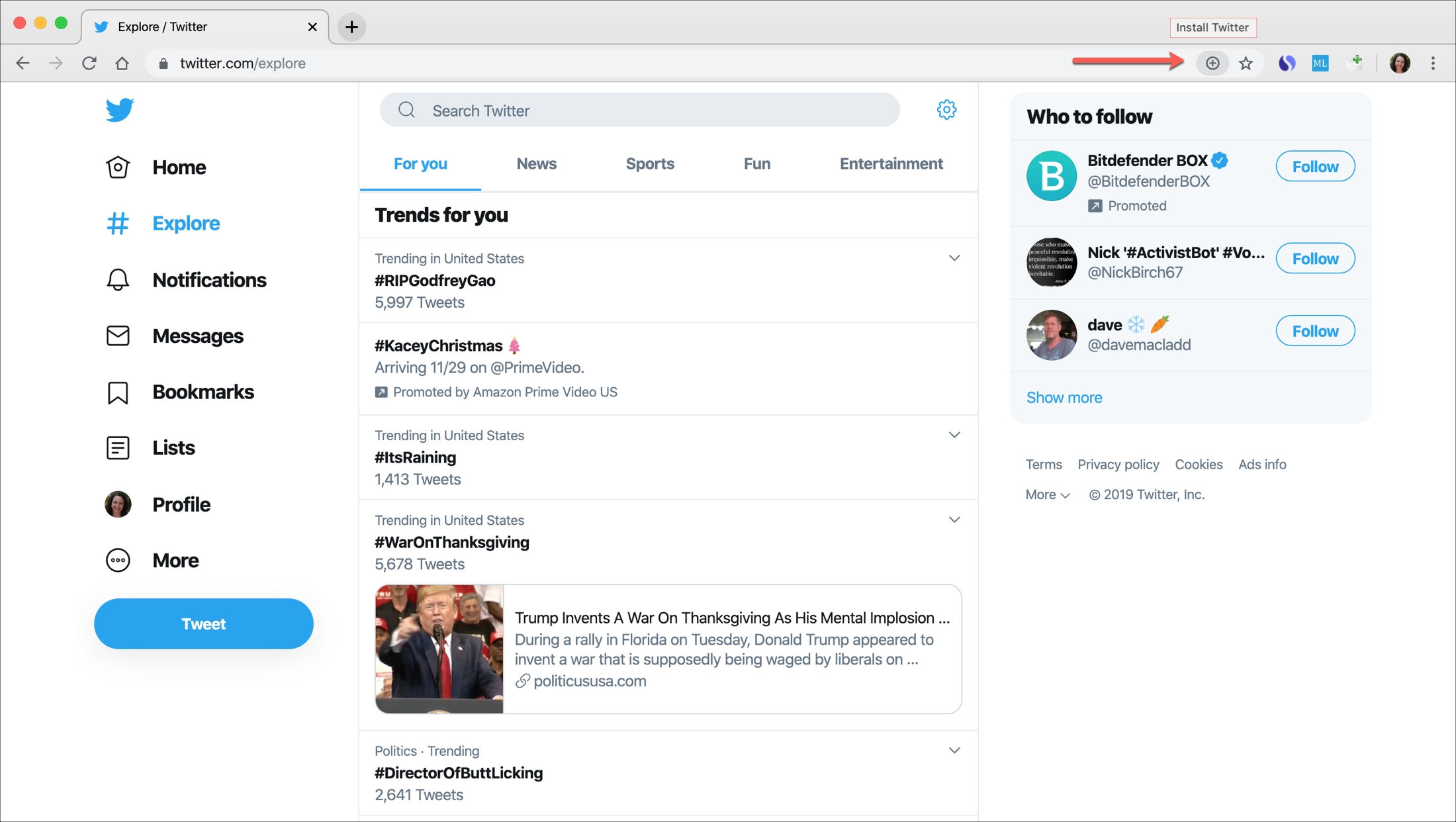 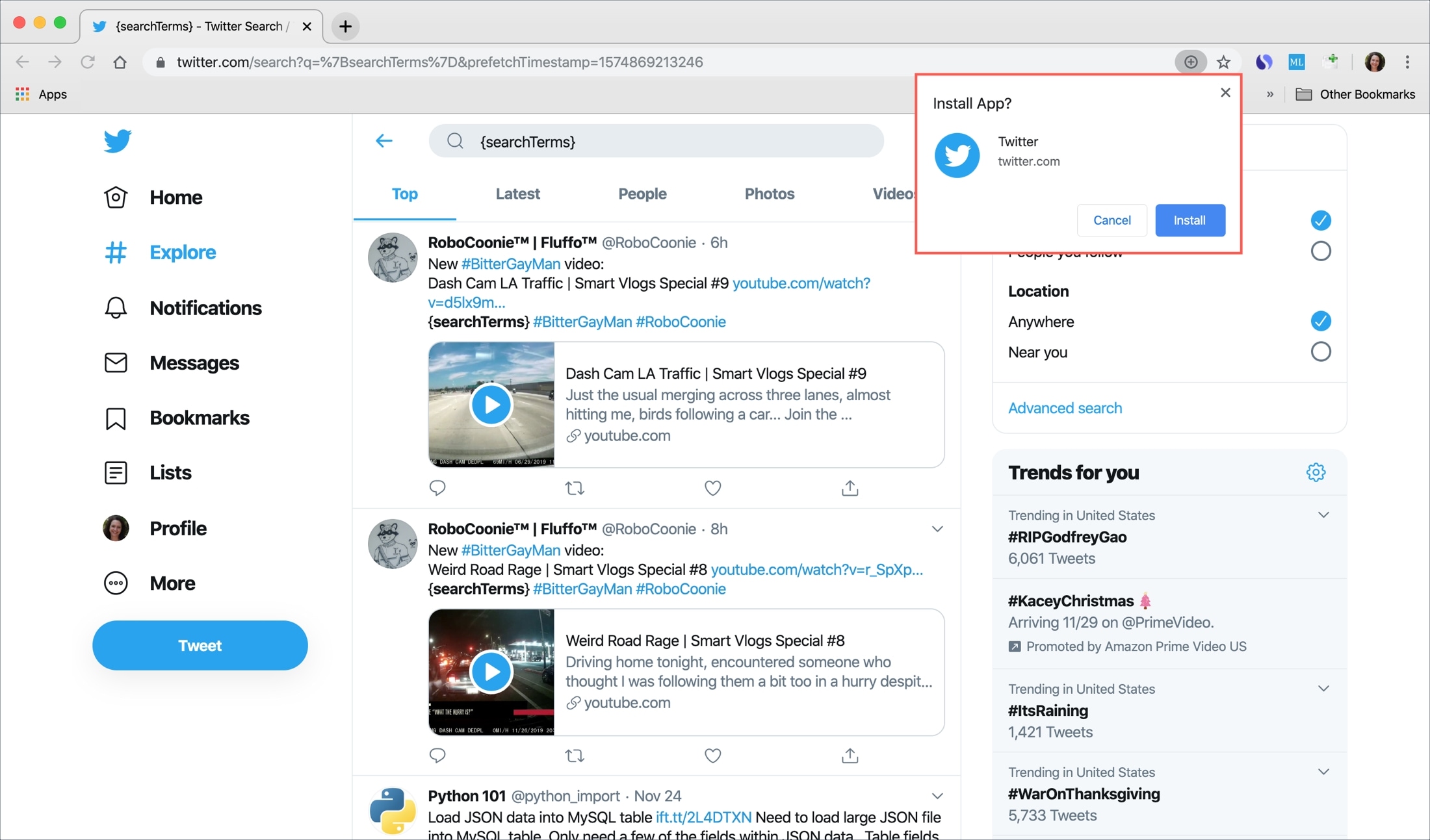 Boom! Twitter should open right up in its own window for you.

In addition, the folder should open that now contains the Twitter app. So you can drag it or create an alias and drag that to your desktop or Dock as a shortcut if you like.

If you close the folder too quick and want to reopen it, open Finder, click Go > Go To Folder and then copy/paste the path below, replacing YourUsername with your username, into the box and click Go.

If you don’t want to create a shortcut to it, you can still open the Twitter app directly from Chrome. It will available in your collection of other Chrome Apps. 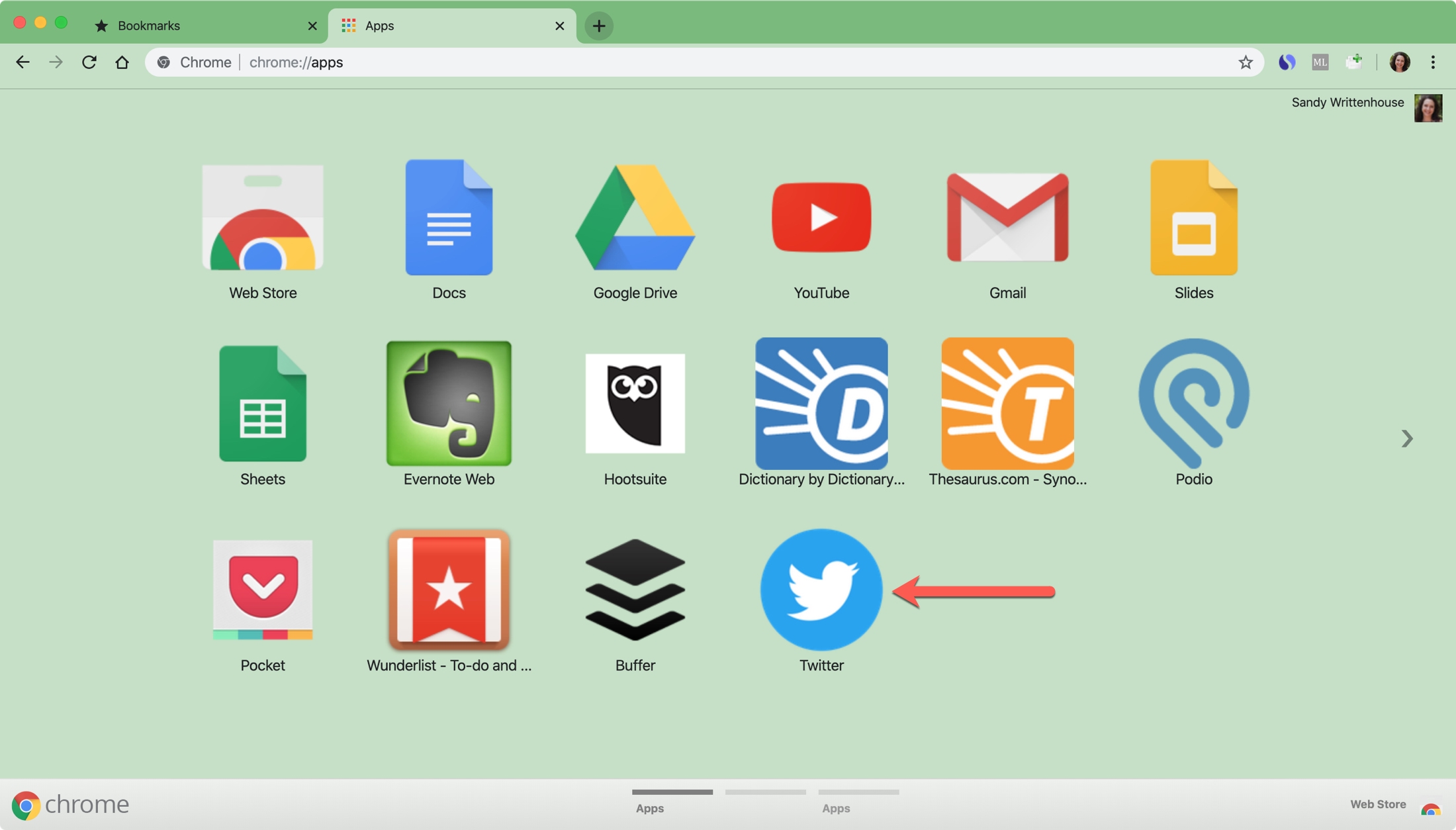 Having Twitter as a web app is handy and it works just fine. What are your thoughts? Are you going to turn in your Twitter or third-party app for the Progressive Web App instead? Let us know!