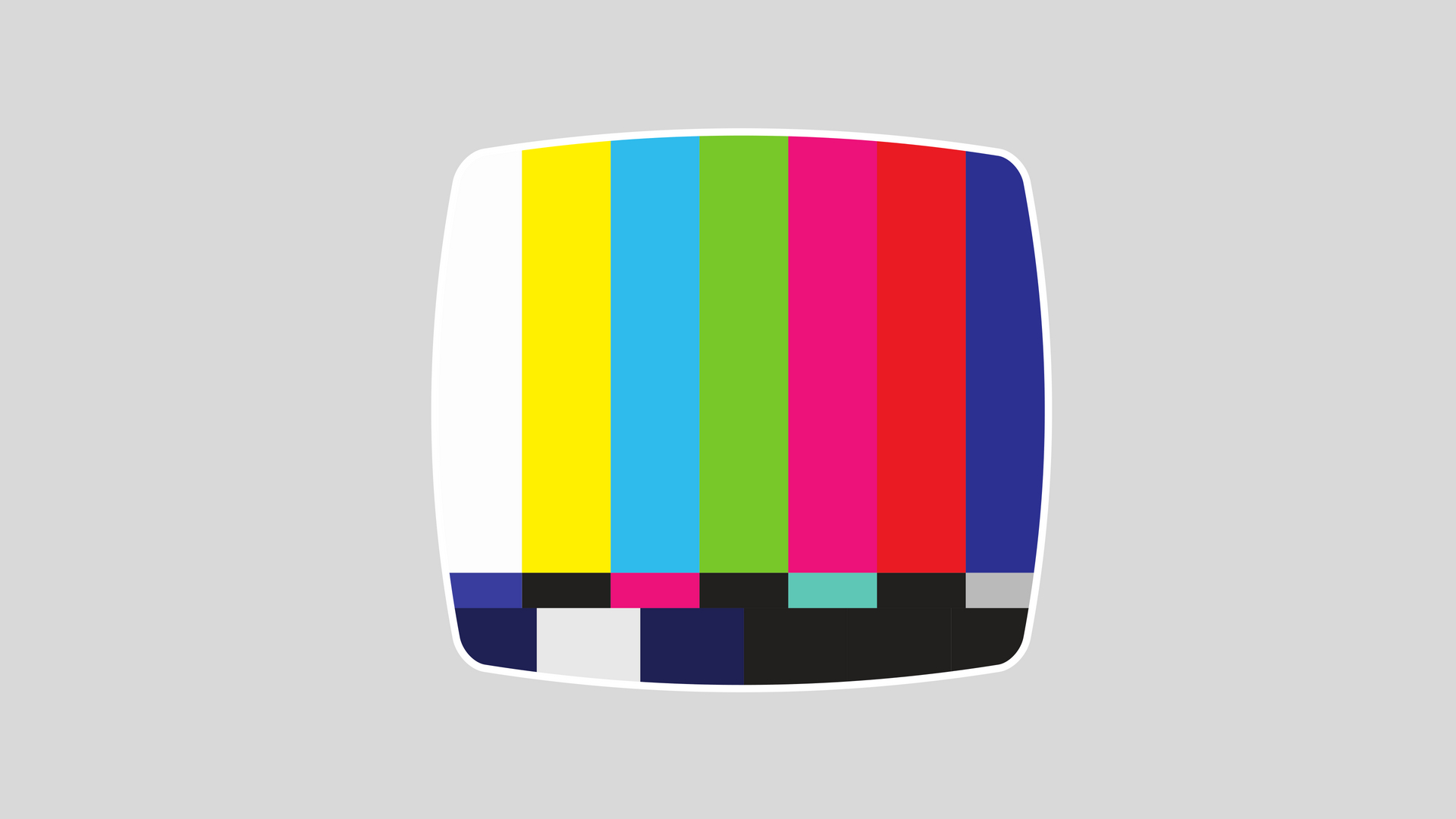 In this article, we’re offering a running list of Apple original TV shows and series that are likely to arrive in the coming years. As more details emerge, we’ll update this post.

It doesn’t yet have a video streaming service like Hulu or Netflix. Nonetheless, Apple plans to introduce a significant number of original TV programs in the coming years. While it’s not yet known how the iPhone maker plans on distributing these titles (most likely through a new subscription service), details about the shows have finally started to leak in recent months.

In June 2017, Apple hired Jamie Erlicht and Zach Van Amburg, formerly of Sony Pictures Television, as the co-leaders of the company’s new worldwide video unit. In November 2017, the company tipped its hand that it was branching out into original scripted programming when it announced it had signed Jennifer Aniston and Reese Witherspoon for a new drama.

In the following months, news surfaced that Apple could spend around $4.2 billion on original programming by 2022. The content is expected to begin airing between March and the summer of 2019.

Apple has only released two original TV shows and series to date, “Carpool Karaoke: The Series” and “Planet of the Apps.” While the former has found some success, the latter was canceled after just one season.

First introduced on Aug. 9, 2017, the series grew out of a popular recurring segment by the same name on “The Late Late Show with James Corden.” Also starring Corden, “Carpool Karaoke: The Series” pairs various celebrities with each other as they belt out fan-friendly songs.

Status: Renewed for season 2; the first season included 21 episodes, all available through the TV app and Apple TV.

“Planet of the Apps”

First launched in June 2017, “Planet of the Apps” featured Jessica Alba, Gwyneth Paltrow, Will.iam, and Gary Vaynerchuk, as judges who listened to pitches from would-be app developers. Featuring 10 episodes, the series was officially canceled in June. Around the same time, Vaynerchuk had some unkind words to say about Apple, noting the company “did everything wrong” in promoting the series.

Status: “Planet of the Apps” became the first Apple series canceled. Season 1 episodes are available to stream through the TV app.

Here’s a list of Apple TV shows and series currently in production, as of Oct. 3, 2018:

One of the first Apple programs announced, “Amazing Stories” is based on the 1980s Steven Spielberg anthology series by the same name. Once led by show-runner Bryan Fuller, the series is now being developed by Edward Kitsis and Adam Horowitz. (10 episodes have been ordered.)

With an all-star cast that features Academy Award winner Octavia Spencer, Lizzy Caplan (“Masters of Sex”), Aaron Paul (“Breaking Bad”), among others, “Are You Sleeping” is based on the novel by the same name by Kathleen Barber. The psychological thriller is similar to the popular “Serial” podcast by Sarah Joenigh, who will consult on the show.

On Aug. 22, TVLine learned that Moon Bloodgood (“Falling Skies,” “Code Black”) was exiting the series. On Oct. 9, Deadline reported that Katherine LaNasa (“Imposters”) was replacing her in a new role.

The series promises to provide “a unique glimpse into America’s obsession with true-crime podcasts and challenges its viewers to consider the consequences when the pursuit of justice is placed on a public stage.” (8 episodes have been ordered.)

Yet another psychological thriller, “Calls” is based on a French series created by Timothée Hochet. The series is being co-produced by Apple and French network, Canal+.

An animated musical comedy, “Central Park” is being created by Loren Bouchard (“Bob’s Burgers”) and produced by Apple. The series tells the story of “a family of caretakers, who live and work in Central Park, end up saving the park, and basically the world.” It was initially being developed for FOX television.

Chris Evans is expected to star in and executive produce this limited series based on the 2012 best-selling novel of the same name by William Landay. “Defending Jacob” tells the story of a father whose 14-year-old son is accused of murder. (8 episodes ordered)

The series is being created by Alena Smith (“The Affair,” “The Newsroom”). Production companies involved with the series include wiip and Anonymous Content. (Episode count TBA.)

Back in April, Deadline reported Apple won the rights to develop a series based on the Issac Asimov novel trilogy, Foundation. Little else is known about the project. (10 episodes ordered.)

Set and directed by Matt Tynauer, “Home” is a documentary series that will offer viewers a never-before-seen look inside the world’s most extraordinary homes. (10 episodes ordered.)

Created by Kamail Nanjiani (“Silicon Valley”) and Emily V. Gordon, each 30-minute episode will be performed through a single camera. (Episode order TBA.)

This upcoming romantic comedy-drama is being written and directed by Jessie Nelson and executive produced by Sara Bareilles, who will also write the original songs, and J.J. Abrams and Ben Stephenson. (10 episodes have been ordered.)

This upcoming drama with Jason Momoa (“Aquaman”) is written by Steven Knight and directed by Francis Lawrence.

“See” is described as an “epic, world-building drama set in the future.” where the “human race has lost the sense of sight, and society has had to find new ways to interact, to build, to hunt, to survive. All of that is challenged when a set of twins with sight is born.” (10 episodes ordered.)

Little is known about this untitled drama series except that it’s being written and directed by Chazelle who won the 2017 Academy Award for Best Director for “La La Land.”

In addition to Chazelle, the series will be executive produced by Jordan Horowitz through his Original Headquarters banner, and Fred Berger for Automatik Entertainment. Media Rights Capital is the studio. (Episode count TBA.)

This mystery drama is based on the life of young journalist Hilde Lysiak who began publishing a local newspaper when she was only 11-years-old. The series is set to star Brooklynn Prince and is being created by Dana Fox and Dara Resnik. (10 episodes ordered.)

Little is also known about this psychological drama that’s being created and written by Tony Basgallop and co-produced by Shyamalan (“Sixth Sense”).

On Aug. 22, TVLine announced that “Six Feet Under’s” Lauren Ambrose has joined the drama in a leading role. (10 episodes ordered.)

One of the first Apple series announced, this comedy-drama stars two of the biggest names in Hollywood and is set at a morning TV show. The series is described as “an inside look at the lives of the people who help America wake up in the morning, exploring the unique challenges faced by the women (and men) who carry out this daily televised ritual.”

The show is being produced for Apple by Michael Ellenberg’s Media Res production company, with Aniston and Witherspoon serving as executive producers. It’s being written by Emmy-nominated Jay Carson, who is known for his work on “House of Cards.” (Two, 10-episode seasons have been ordered.)

On Oct. 23, Variety reported that Steve Carell (“The Office”) was joining the series. He’ll play Mitch Kessler, a morning show anchor that’s having a problem adjusting the changing television landscape.

This half-hour scripted comedy is set in a video game development studio. It will star McElhenney, who will also write and executive produce with Day. This will be the first time the two have collaborated as writers since “It’s Always Sunny in Philadelphia.” (Episode count TBA.)

The untitled series will explore “what would have happened if the global space race had never ended.” (Episode count TBA.)

This non-fiction TV series is based on “Losing Earth: The Decade We Almost Stopped Climate Change,” an interactive feature that filled an entire issue of The New York Times Magazine.

Produced by Anonymous Content, the series will be based on the 30,000-word “Losing Earth” novelistic article by author Nathaniel Rich who will serve as an executive producer on the show with Steve Golin, who is the Oscar-winning founder of “Anonymous.”

“Pachinko” looks at the hopes and dreams of four generations of a Korean immigrant family and features journeys between Korea, Japan, and America. This international drama is based on the critically praised novel of the same name, which The New York Times named as one of the 10 Best Books of 2017.

Produced by Michael Ellenberg’s Media Res, the series is being written and created by Soo Hugh, who will also serve as showrunner, and executive produced by Min Jin Lee.

Based on the 2003 novel by Gregory David Roberts, “Shantaram” follows an Australian bank robber and heroin addict who escapes from prison, fleeing to India. The novel was reportedly influenced by real events in the life of the author.

The series is being executive produced by Singer and David Manson, Nicole Clemens, Steve Golin, and Andrea Barron.

This series is inspired by Kevin Durant’s youth basketball experiences. It will explore the world of Amateur Athletic Union (AAU) basketball and the lives of the players, their families, and coaches. The project is being directed and written by Reggie Rock Bythewood from Thirty Five Media, Durant’s new media company.

Based on the 1980s Terry Gilliam-directed fantasy film, the “Time Bandits” series is being co-produced by Anonymous Content, Paramount Television, and Media Rights Capital. Gilliam will serve as a non-writing executive producer alongside Anonymous Content and MRC.

The beloved time-traveling adventure follows an 11-year-old history buff named Kevin who discovers six dwarfs in his closet. Former workers of the so-called Supreme Being, the dwarfs have stolen a map that charts the holes in the space-time fabric.

Once expected to star “Saturday Night Live” alumna Kristin Wiig, this comedy comes from Colleen McGuinness (“30 Rock”), who will also serve as the showrunner. The comedy is being produced by McGuinness along with Reese Witherspoon and Lauren Neustadter.

The show is based on a 10-story collection by Curtis Sittenfeld, titled “You Think It, I’ll Say It,” that upends assumptions about class, relationships and gender roles “in a nation that feels both adrift and viscerally divided.”

As you can see, Apple has ordered a lot of series. Stay tuned for updates.

Which of Apple original TV shows and series are you most looking forward to seeing? Let us know below.