Of course, the excitement surrounding these jailbreaks and the hype has also resulted in an explosion of recent iOS 14-centric jailbreak tweaks. This roundup will go over all the latest ones released between Monday, March 15th and Sunday, March 21st.

As usual, we’ll kick things off by discussing our favorite releases first and then wrap things up with an outline of everything else afterward. 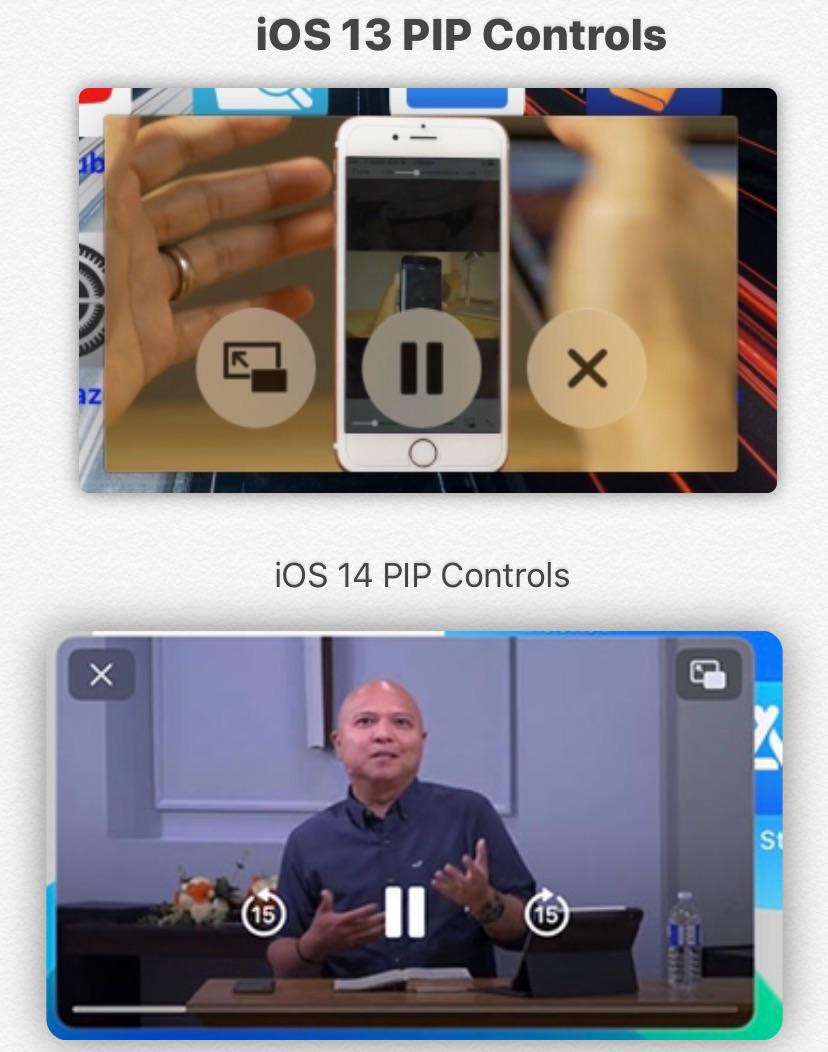 14PiP is a simple and free jailbreak tweak for iOS & iPadOS 13 users that ports the newer, upgraded Picture-in-Picture interface from iOS & iPadOS 14 to the older operating system.

The newer interface not only makes better use of screen real estate, but looks aesthetically superior in virtually every way.

You can learn more about 14PiP in our full review. 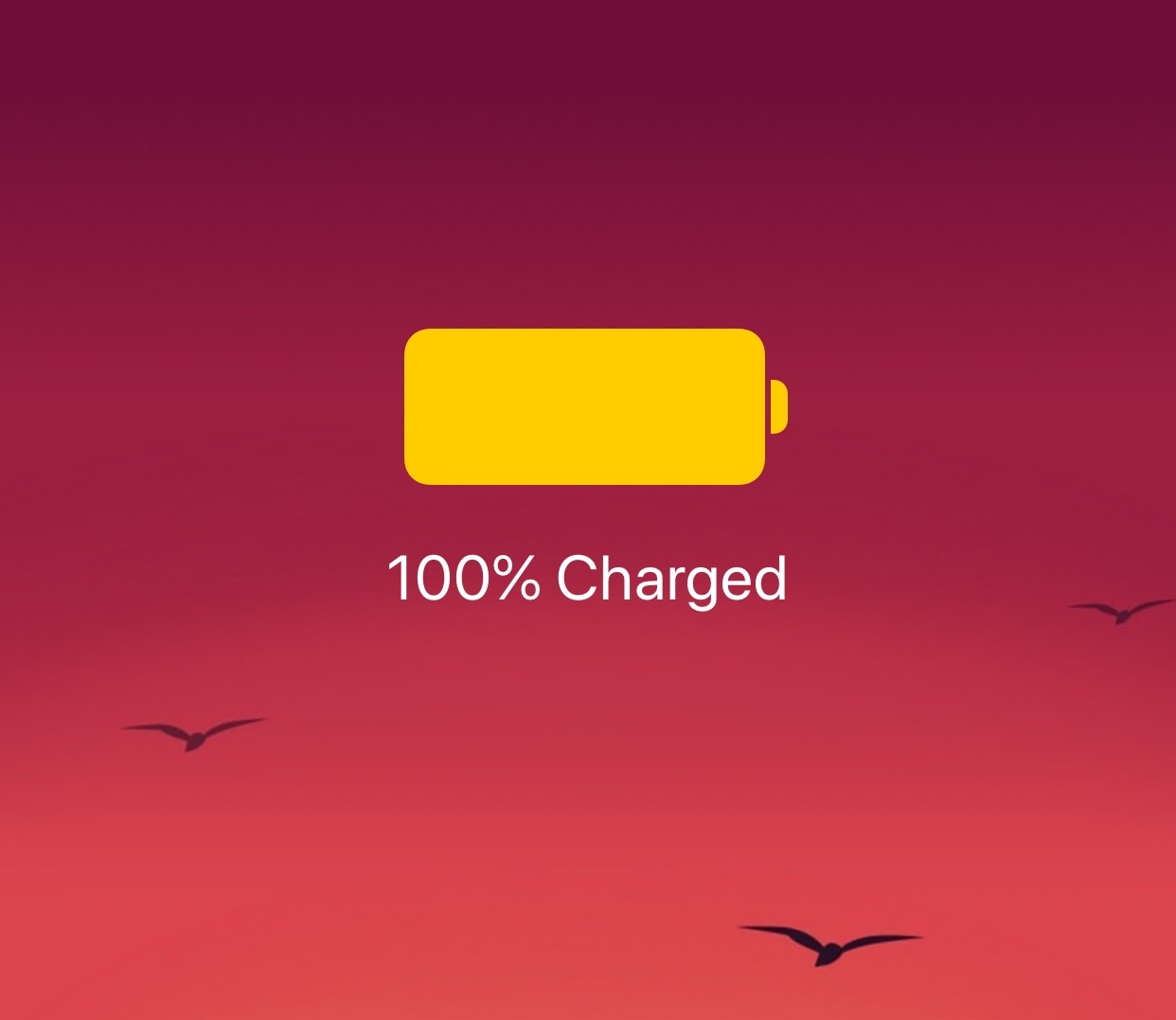 Low Power Mode is an awesome resource to get more out of your iPhone on a single charge, but it’s a feature that only kicks in when you toggle the feature on manually or when your handset’s battery level gets too low.

LowLock is a free jailbreak tweak that makes Low Power Mode more autonomous, and it does this by automatically turning the feature on when you lock your handset and then off when you unlock your handset, wash and repeat. This way, you save power when you aren’t using your handset and can still enjoy all the best features when you’re using it.

You can learn more about LowLock and why it’s a great tweak invention in our full review. 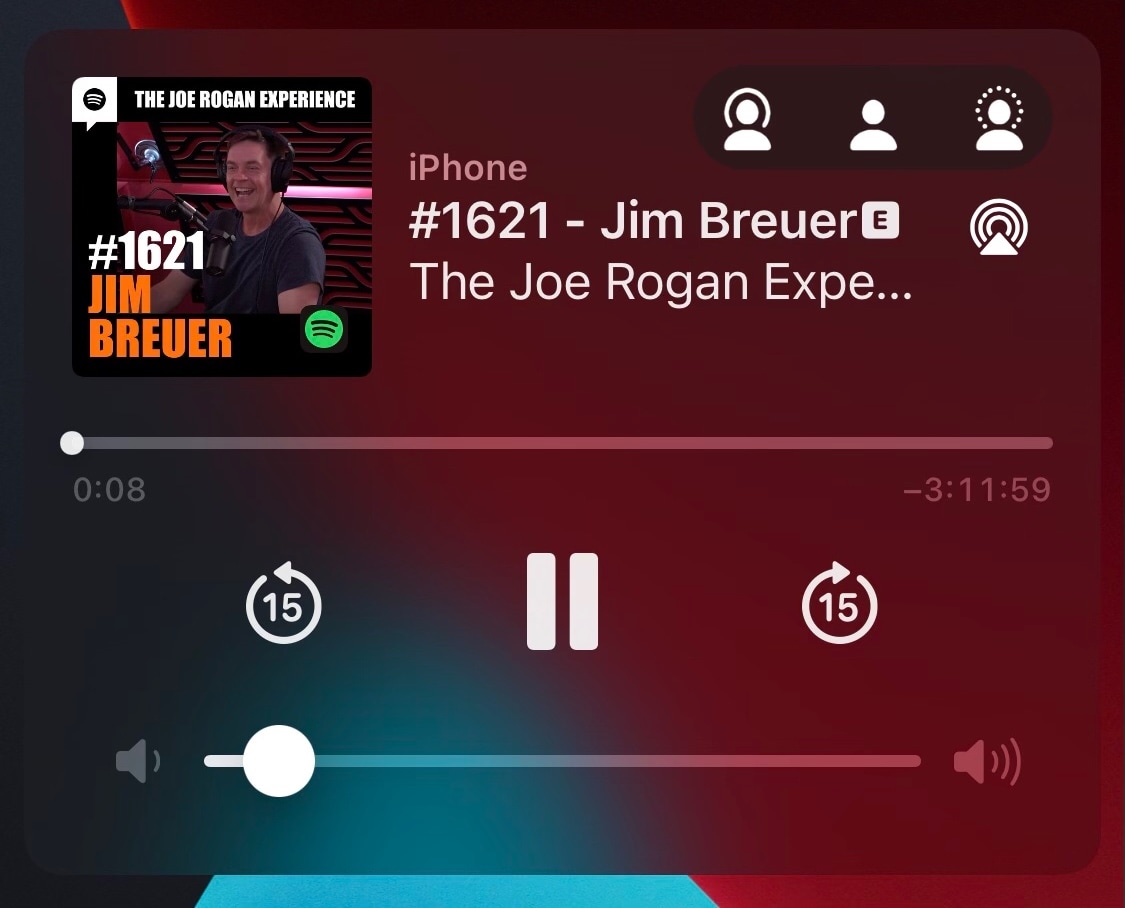 QuickANC is a useful extension for AirPods Pro and AirPods Max users that makes it easier to toggle between Active Noise Cancellation, Transparency, and ‘normal’ modes in a pinch.

The tweak adds anywhere from 1-3 new toggle buttons directly to the Now Playing widget, preventing you from needing to visit Control Center to access a toggle every time you feel like switching modes.

You can learn more about QuickANC and why it’s a huge user experience upgrade in our full review. 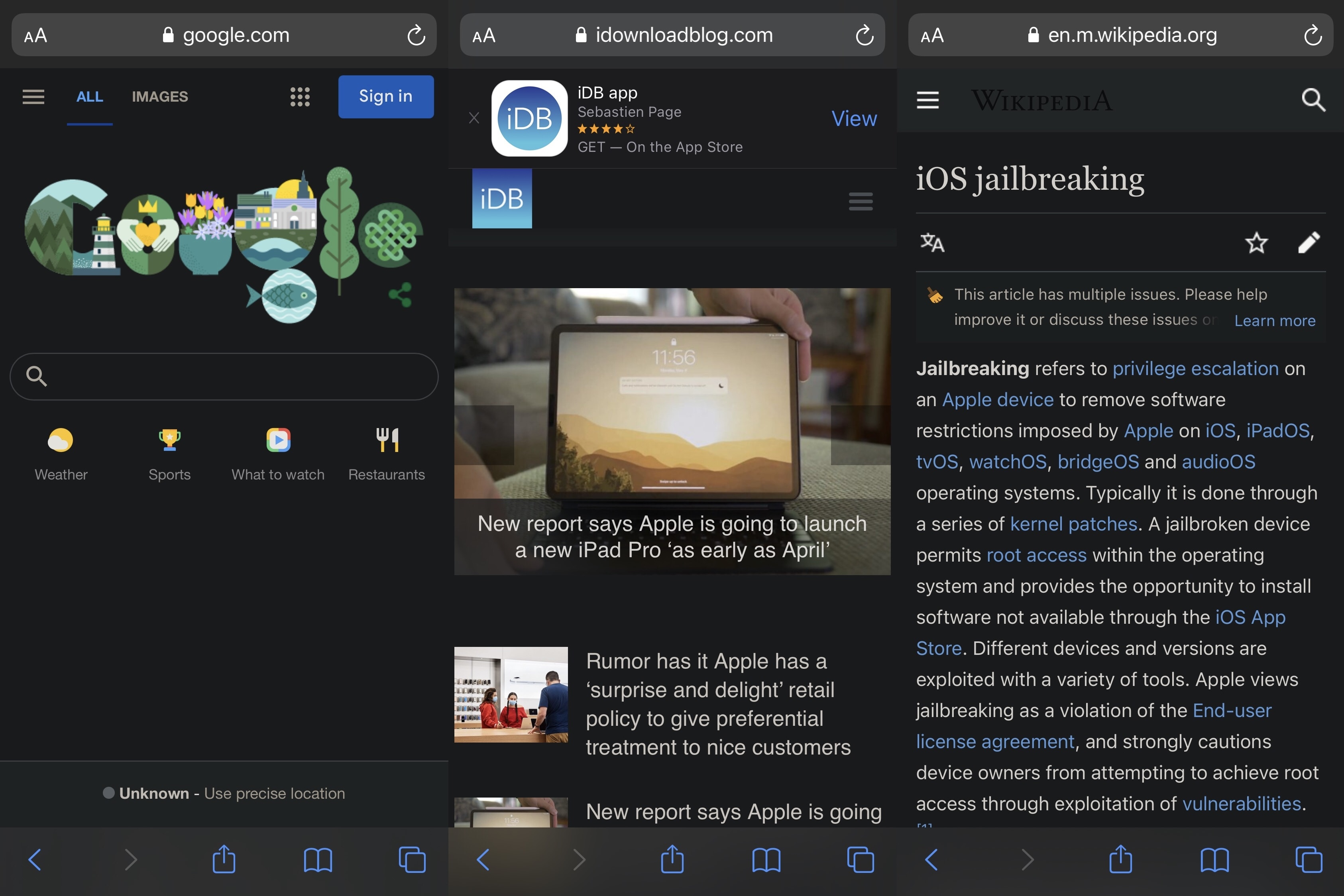 Dark Mode is one of my favorite features from the past several iterations of iOS and iPadOS, but one place where it really stops short is with regard to web pages.

Indeed, there’s nothing quite like enjoying Dark Mode elsewhere in iOS or iPadOS just to have your eyes seared in their sockets after loading your favorite web page in Safari, and a new and free jailbreak tweak dubbed WebShade helps solve this problem by implementing a mostly-universal Dark Mode for the web pages you visit most.

You can learn more about WebShade and how it works in our full review.

AdaptiveHome: Colorizes the Home Bar automatically based on the dominant color of the icon of the app you’re using (free via MiRO repository – review)

AltStore: A jailbroken version of AltStore that doesn’t require a computer to side load apps (free via ichitaso repository)

DoubleToday: Replaces the App Library with another Today page (free via Packix repository)

Hijack: Choose where the Status Bar does and doesn’t appear (free via BigBoss repository – review)

IconCert 14: Displays how much time you have before your side-loaded jailbreak apps need to be side-loaded again (free via haoict repository – review)

NoWidgetLabels: Hides the labels from widgets on iOS & iPadOS 14 (free via ETHN’s repository)

Playour: Theme the appearance of your Now Playing widget with custom colors, borders, and background images ($1.99 via Packix repository – review)

QQAlbumPrison: Fixes a problem with full album access in the QQ app (free via BigBoss repository)

TWBlock Bypass: Allows you to view the Tweets posted by Twitter accounts that have blocked you (free via BigBoss repository)

u0SMSCompleteFix: Resolves the issue with auto-filling SMS-based one-time passwords via the native keyboard after jailbreaking with unc0ver or checkra1n (free via Merona repository – review)

WaggleTunes: A floating music player that can be customized by the end user ($1.25 via Packix repository – review)

AltStore: AltStore was officially updated to version 1.4.5 to resolve issues with (de-)activating apps on iOS.

Sileo: The Sileo Team updated the Sileo package manager to version 2.0.1 and made it open source ahead of the upcoming Taurine iOS 14.0-14.3 jailbreak release.

Taurine Jailbreak for iOS 14: CoolStar gave jailbreakers a first look at the upcoming Taurine jailbreak for iOS & iPadOS 14.0-14.3 (don’t worry, other backgrounds and app icons will be available on public release).

That concludes this week’s jailbreak tweak and news roundup, but we’ll be right back at it again next Sunday with a refreshed roundup just like this one that encompasses all of the coming week’s content in one convenient and easy-to-digest piece.

What was your favorite jailbreak tweak release or jailbreak news tidbit from this past week? Be sure to let us know down in the comments section below.