One thing I like to do with a jailbroken iPhone or iPad is give it some personality. It doesn’t have to be anything extravagant, but I thoroughly enjoy subtle modifications that maintain Apple’s native design aesthetic to a certain degree while still offering something a bit more custom than what you’d experience on a device fresh out of the box.

If you’re anything like me with regard to the above sentiment, then I think you might enjoy a newly released and free jailbreak tweak dubbed AdaptiveHome by iOS developer MiRO.

AdaptiveHome is an extension intended for notched, Home Bar-equipped iPhones and iPads, and as depicted in the screenshot example below, it colorizes the Home Bar based on the dominant color found in the respective app’s icon: 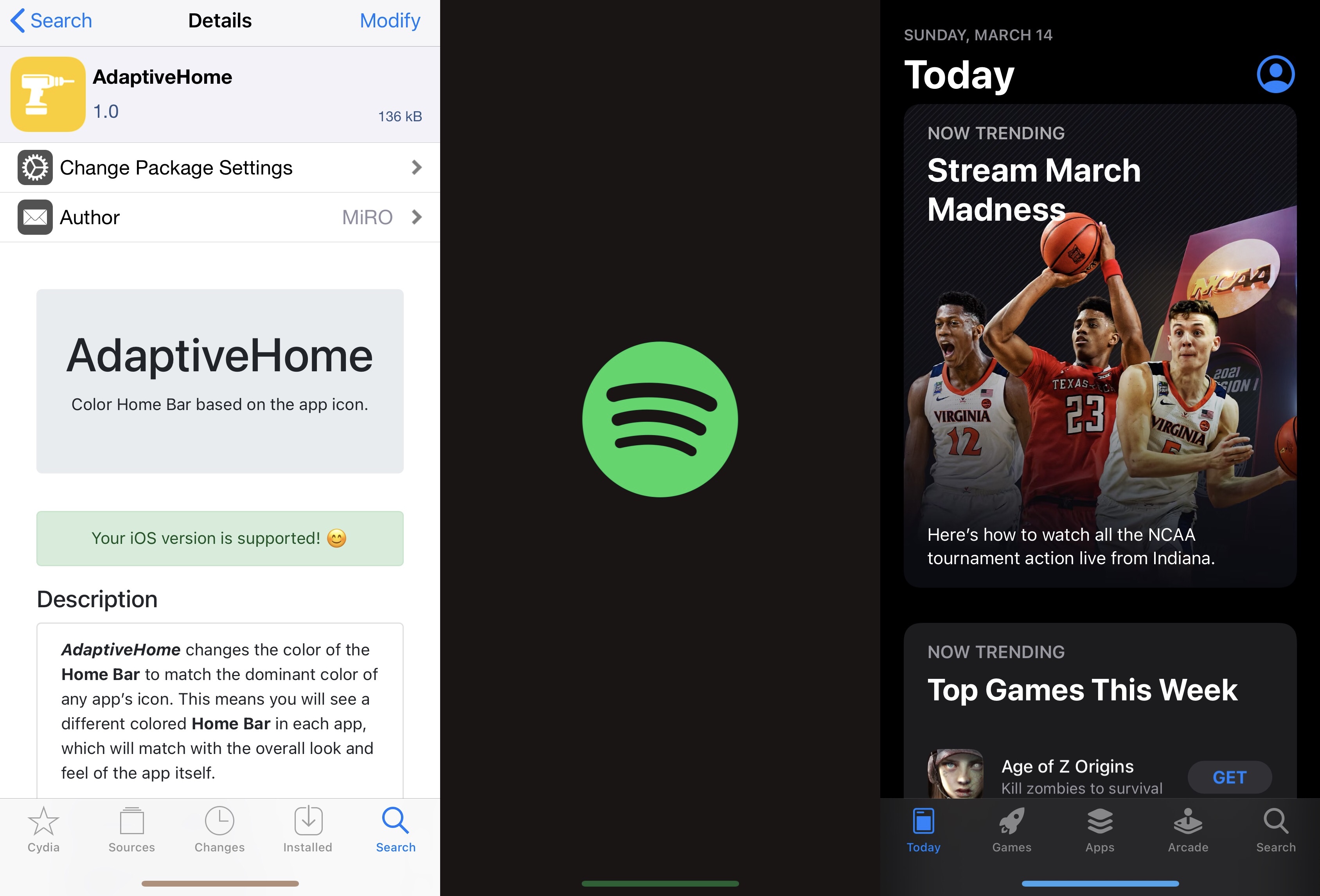 It’s worth noting that because AdaptiveHome automatically draws its color based on the dominant color found in the icon of whatever app might be in use at any given time, the tweak doesn’t have any options to configure. This tweak isn’t intended to paint your Home Bar a specific color, but rather to adaptively colorize it based on the app you’re using.

I personally enjoy the concept of AdaptiveHome, and I’m sure many other jailbreakers will too. Those interested in trying AdaptiveHome out for themselves can download it for free from MiRO’s personal repository via their favorite package manager. The tweak supports jailbroken iOS & iPadOS 13 and 14 devices that have a Home Bar.

Those who aren’t already using MiRO’s personal repository can add it to their package manager app using the URL below:

Do you plan to give AdaptiveHome a try? Be sure to let us know what you think about the tweak below.