Much of today’s jailbreak-centric news revolves around iOS & iPadOS 13 or 14, with one of the only lone exceptions being the iOS 12-based Chimera jailbreak, which recently received one of its final updates. Still, it’s not completely unheard of to see jailbreak developers work on or release projects related to legacy versions of iOS.

The latest example would be a new jailbreak tool dubbed kok3shi by SakuRα Development, which was only released just this evening. This jailbreak appears to be semi-untethered just like the tried-and-true Odyssey and unc0ver tools are, however unlike those tools, it supports only 64-bit devices running iOS 9.3.2-9.3.5.

SakuRα Development made its surprising announcement via Twitter, complete with a link to the team’s page with download links and an extensive read-me: 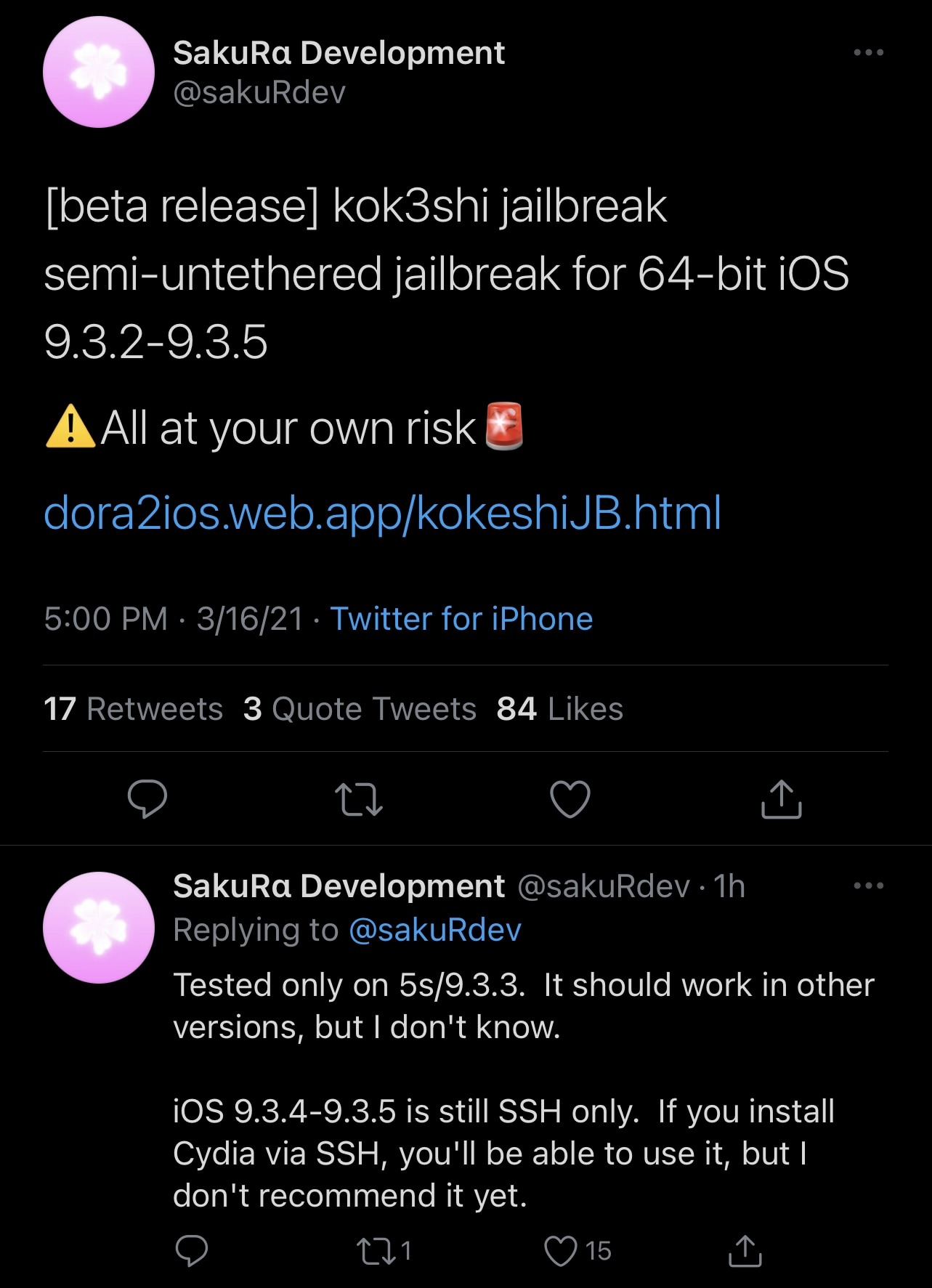 From what we can gather, kok3shi is still in its beta stages at the time of this writing. As such, the jailbreak is SSH-only for now. Users could install Cydia or a different package manager via SSH, however SakuRα Development strongly advises against it as they haven’t performed enough testing to ensure stability. Because of this, the jailbreak in its current form is only really intended for developers or experienced iOS tinkerers.

Important tidbits regarding the kok3shi jailbreak include:

Supported devices appear include the iPhone 5s, iPhone 6, iPhone 6 Plus, iPad Air 1, iPad Air 2, iPad mini 2, iPad mini 3, iPad mini 4, and iPod touch 6G. If you were using one of these devices and previously hoped that the Phoenix jailbreak would add support for 64-bit devices, then today would be your lucky day. So long as one of these devices is running iOS 9.3.2-9.3.3, then you should be able to take advantage of kok3shi.

In the screenshot examples below, you’ll see some examples of the kok3shi app icon and the jailbreak interface. We didn’t have an iOS 9 device to test the jailbreak on, so we side-loaded the kok3shi app on our iPhone 12 Pro Max running iOS 14 (hence the “unsupported” bit), just to see what it would look like: 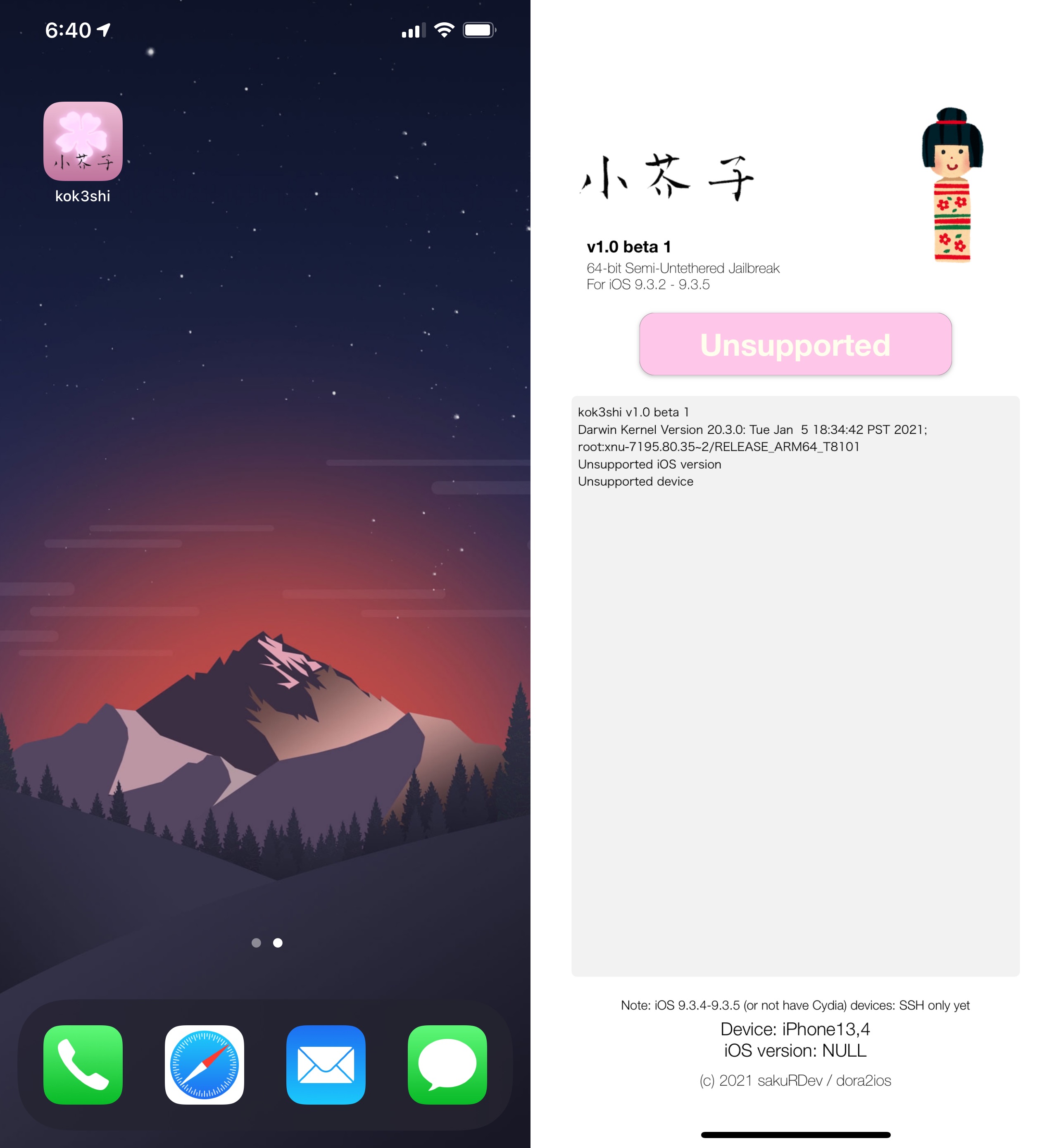 It’s worth noting that AltStore doesn’t support iOS 9 devices, and so it can’t be used in the process to jailbreak a supported device. Instead, one would need to use Xcode to install the kok3shi jailbreak app on their device.

The kok3shi jailbreak is sure to receive additional updates as time goes by, both to add native support for Cydia and to come out of beta. In the meantime, feel free to browse the jailbreak’s official web page at dora2ios.web.app/kokeshiJB.html to learn more about it.

Do you have a supported device at your disposal, or are you well beyond iOS 9 as most people these days are? Let us know in the comments section down below.