Many jailbreakers were saddened when developer Matt Clarke reaffirmed that the ReProvision on-device app signing service that many used to keep their jailbreak apps signed without a computer wouldn’t receive any further official updates; not even to fix the post-January 28th app-crashing issue triggered by a server-side change on Apple’s behalf. It was henceforth officially EOL (end of life).

Fortunately for jailbreakers who enjoyed using ReProvision for the convenience of not needing to link up to a computer that they may or may not have handy at any given time, iOS developer Soh Satoh has just released ReProvision Reborn, which is exactly what it sounds like. It’s a resurrection of the popular ReProvision app that had been left in the dust by the original developer. 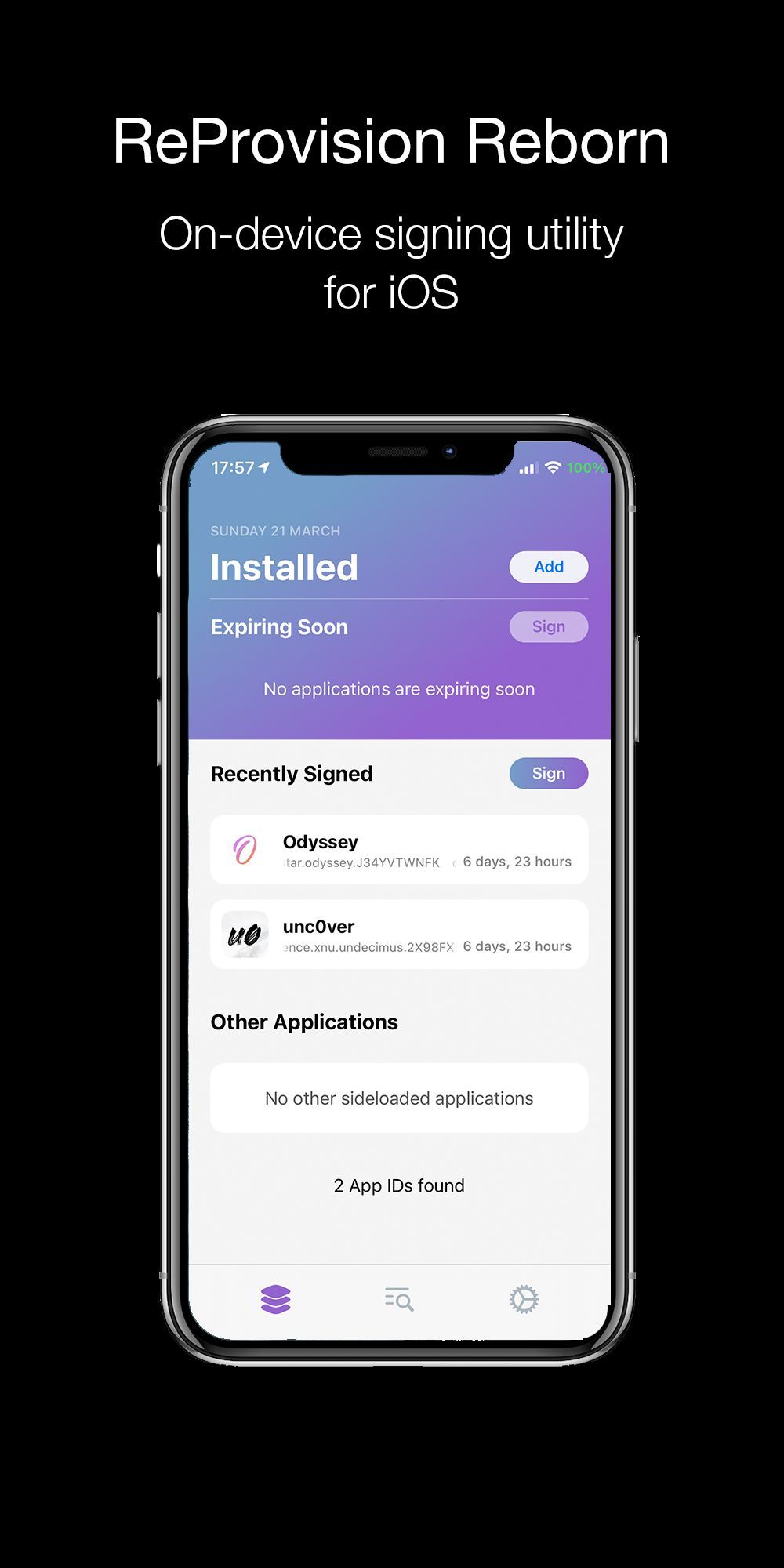 The ReProvision Reborn app’s appearance and functionality are the same as the original. As such, users will need to sign in with their Apple ID for app provisioning purposes (using a free Apple developer account). The app will then automatically keep semi-untethered jailbreak apps functional so that in the event your device reboots, you can get re-jailbroken without a computer.

ReProvision Reborn is officially available for free via the Packix repository starting today and can be had from any of the major package managers. The app and its services support up to iOS & iPadOS 14, which is important given that unc0ver recently added support for these versions and because the Taurine jailbreak will soon be released with similar firmware version support.

Will you be using the new ReProvision Reborn app to keep your jailbreak apps functional, or are you happy using AltServer and AltStore? Let us know in the comments section down below.