Fortunately, the jailbreak community is no stranger to third party patches, and that’s one of the reasons why we think many jailbreakers will be excited to learn about a new and free jailbreak tweak release called ReProvisionFix by iOS developer nyuszika7h.

Just as the tweak’s name implies, ReProvisionFix fixes the aforementioned issue in which apps signed with ReProvision post-January 28th would crash in a jailed state. 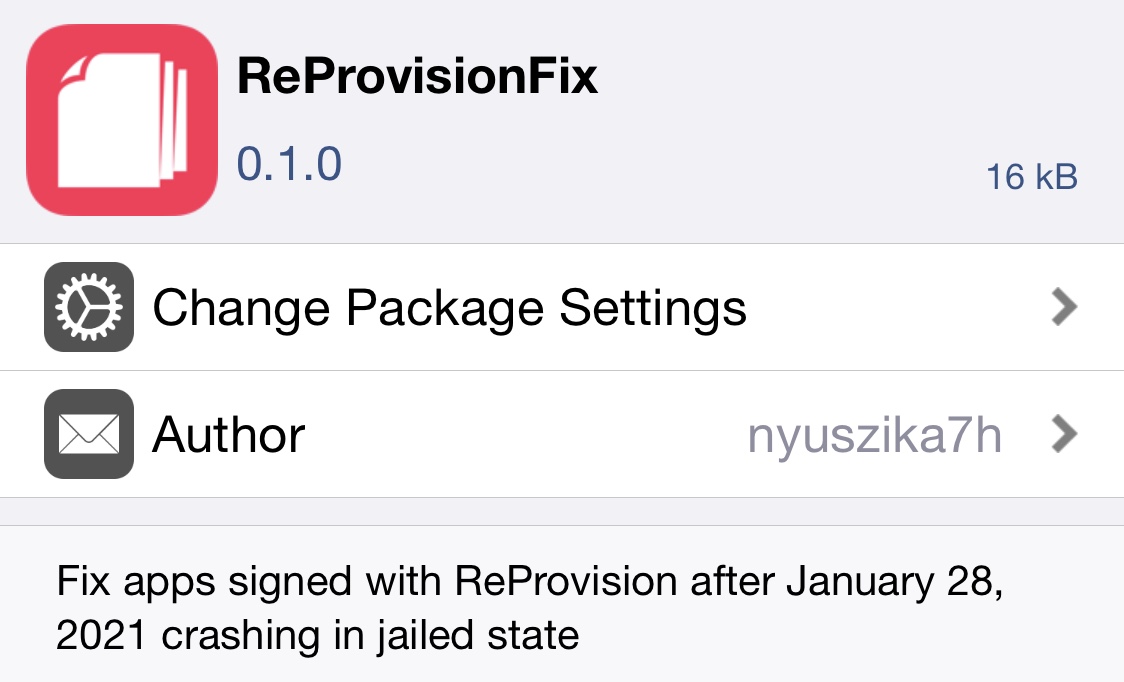 As many will remember, AltStore faced the same problem as a result of a server-side change on Apple’s part, but recently received an update to address the issue, making the service functional again.

Since ReProvision developer Matt Clarke wasn’t planning to update ReProvision to fix this issue because the software had been labeled End Of Life (EOL), Clarke went on to recommend using AltStore and AltDaemon instead as an alternative. While many jailbreakers did, lots of others felt upset that they needed to switch from one service they were comfortable using to another one that they weren’t as familiar with.

Thanks to the new ReProvisionFix tweak, loyal ReProvision users will be able to go ahead and use their preferred signing platform once more — even for apps installed after January 28th. Many users on /r/jailbreak have already reported success after using the add-on, and now it’s just a matter of time to see whether it holds up over an extended period.

According to the developer of ReProvisionFix, its important to have ReProvision installed before installing the patch. ReProvision can be installed from the following repository via your favorite package manager:

Furthermore, the new ReProvisionFix tweak can be installed from the cadoth repository, the URL of which is as follows:

Please note that since the change was made on Apple’s end, it would be easy for Apple to break signing again. Consider this hack to be a temporary workaround.

Do you plan to give the new ReProvision patch a try on your jailbroken handset, or have you already moved to AltStore and AltDaemon for your jailbreak app side-loading needs? Be sure to let us know down in the comments section below.