Apple’s Files app expands upon the capabilities of any iPhone or iPad by hosting a convenient hub where users can download and store files either on the device itself or in the cloud. But despite how useful the Files app can be at times, it’s not without its apparent pitfalls.

One such example would be that the Files app displays simplified or non-descriptive file types for certain kinds of files as they’re defined by Apple and its operating systems. Unknown file types are designated vaguely, such as using the word “Document” to describe what the file actually is or what it’s used for.

This is something that a newly released and free jailbreak tweak called RealFileInfo by iOS developer sunflsks aims to stop, as the add-on forces the Files app to display more information about the file type of a file being viewed in the native Files — even if it’s normally an unsupported or unknown file type. 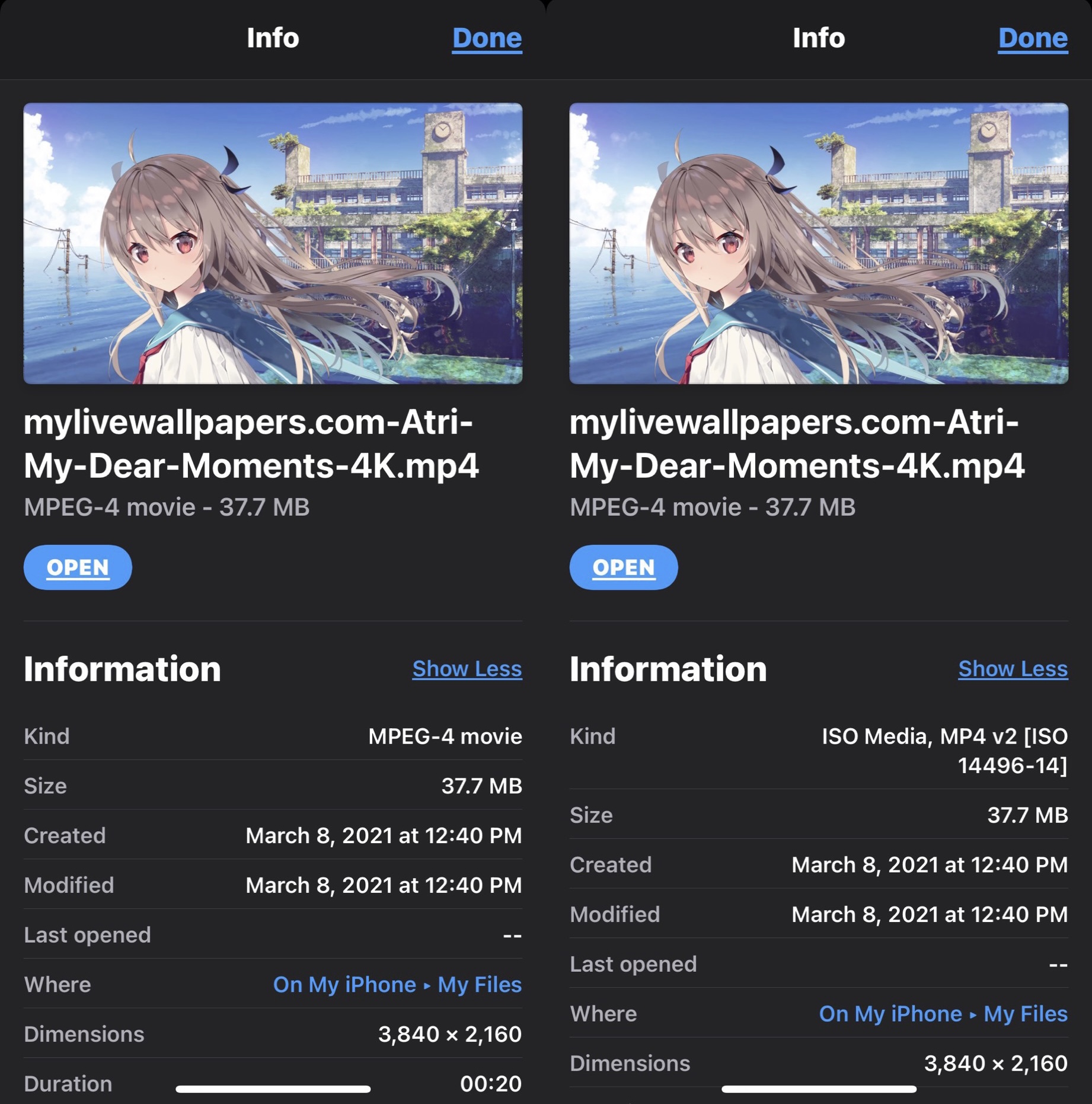 In the before (left) and after (right) screenshot examples above, you can see the subtle difference that RealFileInfo makes in displaying information about the file upon entering its “Info” view. Normally, this .mp4 video file displays “MPEG-4 movie” in the Kind field, but after installing RealFileInfo, it displays “ISO Media, MP4 v2 [ISO 14496-14]” in the Kind field instead.

That might seem like a bunch of gibberish to the average Joe, but to someone who knows something about video files, the additional information tells us something about the video coding specification, among other things.

Obviously, RealFileInfo isn’t limited to .mp4 files. It can force the Files app to display more details about all kinds of file types, depending on what you use on a regular basis. This capability isn’t unlimited, however, as it would be impossible to reasonably support every file type known to exist.

Those interested in giving the new RealFileInfo tweak a try can download it for free from the sudhip repository via their favorite package manager. The tweak supports jailbroken installations of iOS & iPadOS 13 and 14.

If you’re not already using sudhip’s repository, then you can add it to your package manager of choice with the following URL:

Are you interested in compelling the Files app to display more detailed information about saved file types, or are you satisfied with what it shows out of the box? Let us know in the comments section down below.