We graciously applaud Apple for introducing a worthwhile widget experience in iOS 14. It’s leaps and bounds better than what shipped with iOS 13 and earlier, and thanks to strong-willed app developers, these new widgets are exponentially more versatile than their predecessors.

Kind words aside, one thing that really bugs me about the iOS 14 widget experience is that Apple appears to have made no effort to help legacy widgets conform to the newer design standard. More specifically, when compared side-by-side, newer widgets have a rounder corner radius than legacy ones.

Knowing this design flaw triggers a strong feeling of annoyance in me, and if you’re the same way, then you’ll probably come to appreciate a newly released and free jailbreak tweak dubbed WidgetRadius by iOS developer ETHN. 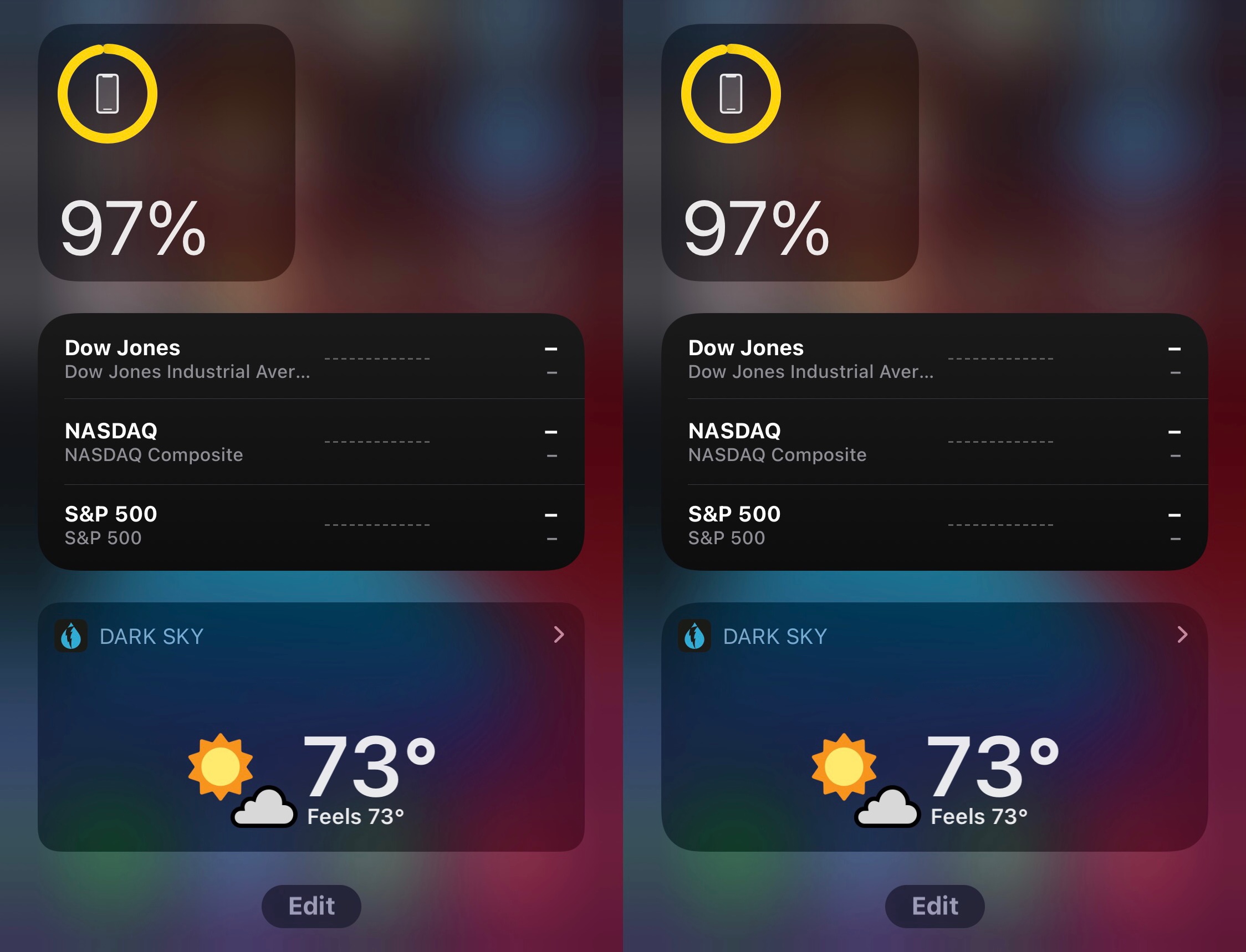 Before installing WidgetRadius (left) and after (right).

As depicted in the before and after screenshot examples above, WidgetRadius fixes the aforementioned inconsistency by applying the correct corner radius to even legacy widgets on the Today page, which ensures that they conform better with newer iOS 14-style widgets.

WidgetRadius doesn’t come with any options to configure, as merely installing the tweak is sufficient for users to take advantage of its effects on the system’s native aesthetics. Those interested in giving the tweak a try can download it for free from ETHN’s repository. It’s also open source on the developer’s GitHub page for anyone interested in learning about how it works under the hood. Please note that WidgetRadius is only intended for jailbroken iOS & iPadOS 14 devices.

If you’re not already using ETHN’s repository, you can add it to your preferred package manager with the following URL:

Do you like having consistency with your various widgets, or are you fine with the unseeable imperfection that Apple permits to occur on iOS 14 devices? Let us know in the comments section below.