Ever since @ModernPwner dropped the cicuta_verosa kernel exploit for iOS & iPadOS 14.0-14.3 devices, we knew it’d only be a matter of time before jailbreaks would pick up support.

CoolStar frequently referred to such an iOS & iPadOS 14.0-14.3-supported jailbreak as Odyssey14 in the official Sileo / Odyssey Discord channel, mostly because Odyssey was the name of the tried and true iOS & iPadOS 13-centric jailbreak and CoolStar hadn’t yet decided on an official name for the iOS & iPadOS 14-supported version. But that all changed early Monday morning: 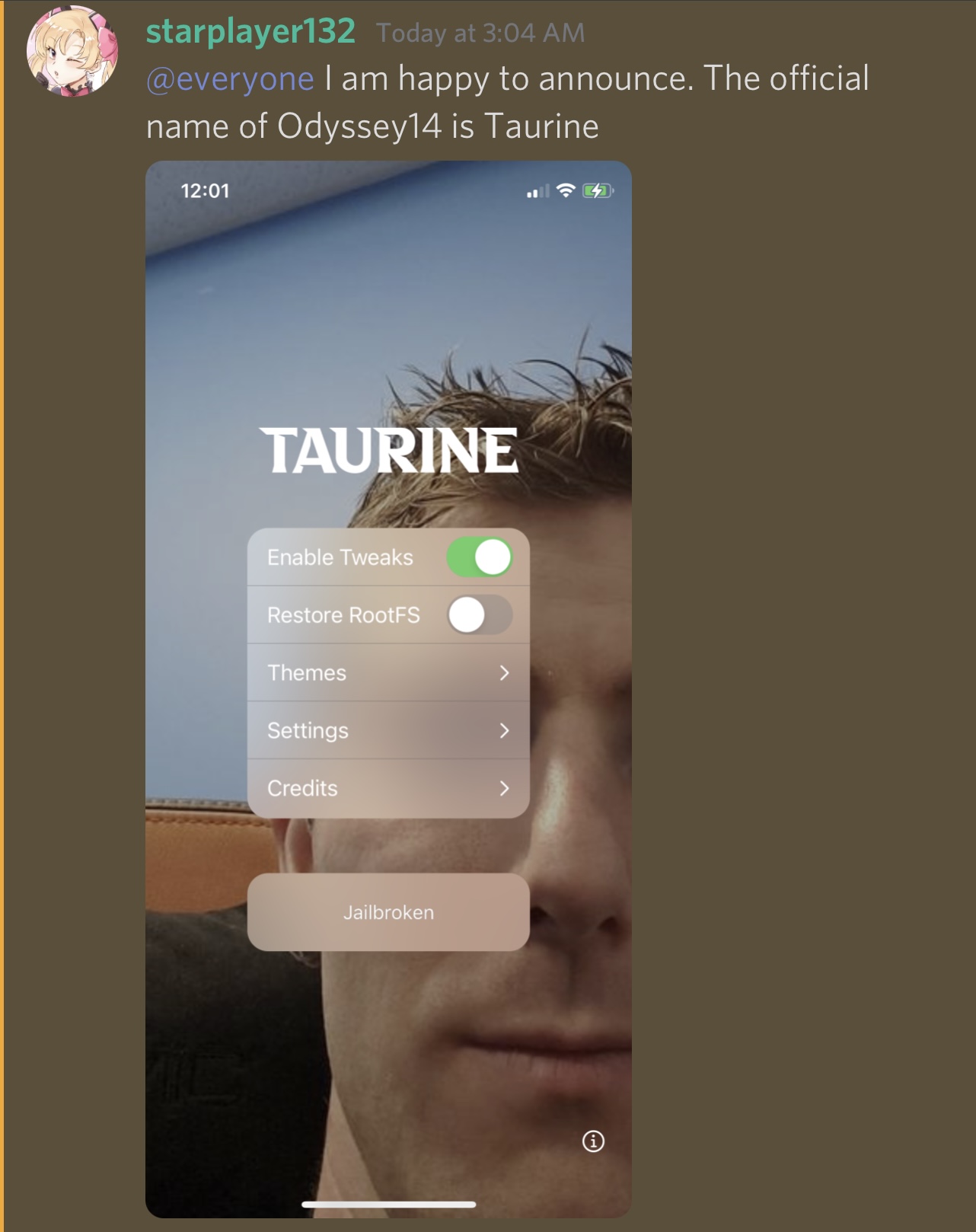 In an announcement shared during the wee hours of the night, CoolStar shared that the upcoming iOS & iPadOS 14-supported jailbreak would be called Taurine. CoolStar also shared teaser images of the jailbreak’s user interface and app icon, which appear to feature a meme based on the face of Linus Tech Tips star Linus Sebastian: 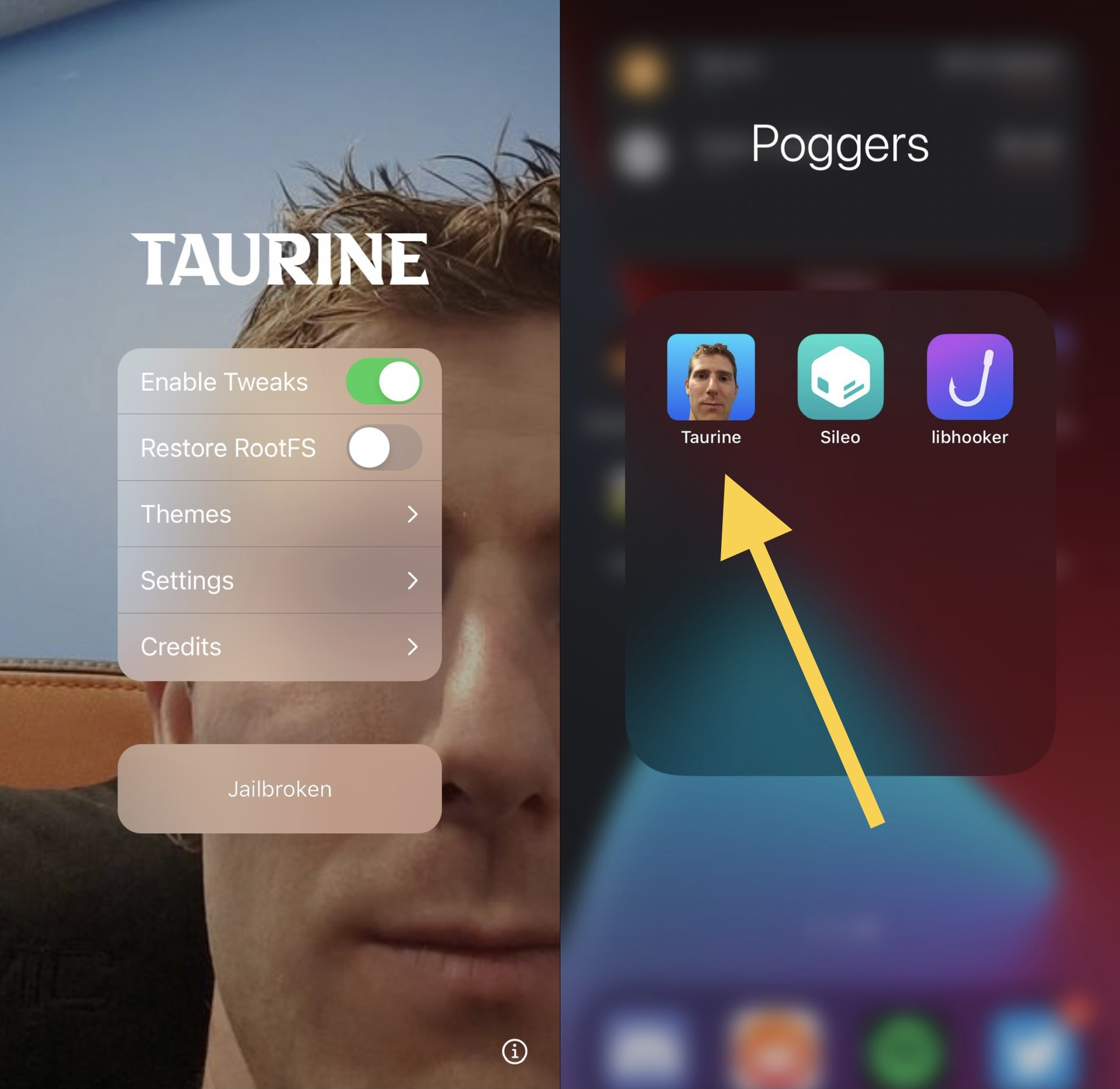 Apart from the different background and fonts, the interface should look particularly familiar to anyone who has used Odyssey in the past. It’s comprised of a small list of options including jailbreak settings, themes, and rootFS restoring, and then a separate button for jailbreaking the device displays whether the handset is already pwned or not.

As you might come to expect, Taurine will support all devices that can run iOS or iPadOS 14.0-14.3. It’s not specific to certain types of hardware like the checkra1n jailbreak is, which means that it can jaikbreak even the latest iPhone 12 lineup as long as the device is running a supported firmware.

The Taurine jailbreak isn’t yet available for the general public, but an early build has been seeded to internal beta testers so that it can be put through the trials before being unleashed. This release method ensures a more stable initial experience for end users as opposed to releasing a buggy early build to the public that would then necessitate a bevy of updates to resolve issues afterward.

There is still no official ETA for a Taurine release, but given that the jailbreak has come this far already despite a rather recent slew of updates to the iOS & iPadOS 13-based Odyssey jailbreak tool, we can’t imagine the wait will be long. In a Tweet shared shortly after the Discord announcement this morning, CoolStar reaffirmed that the release would be “soon,” but that’s the only indicator we have as of right now: 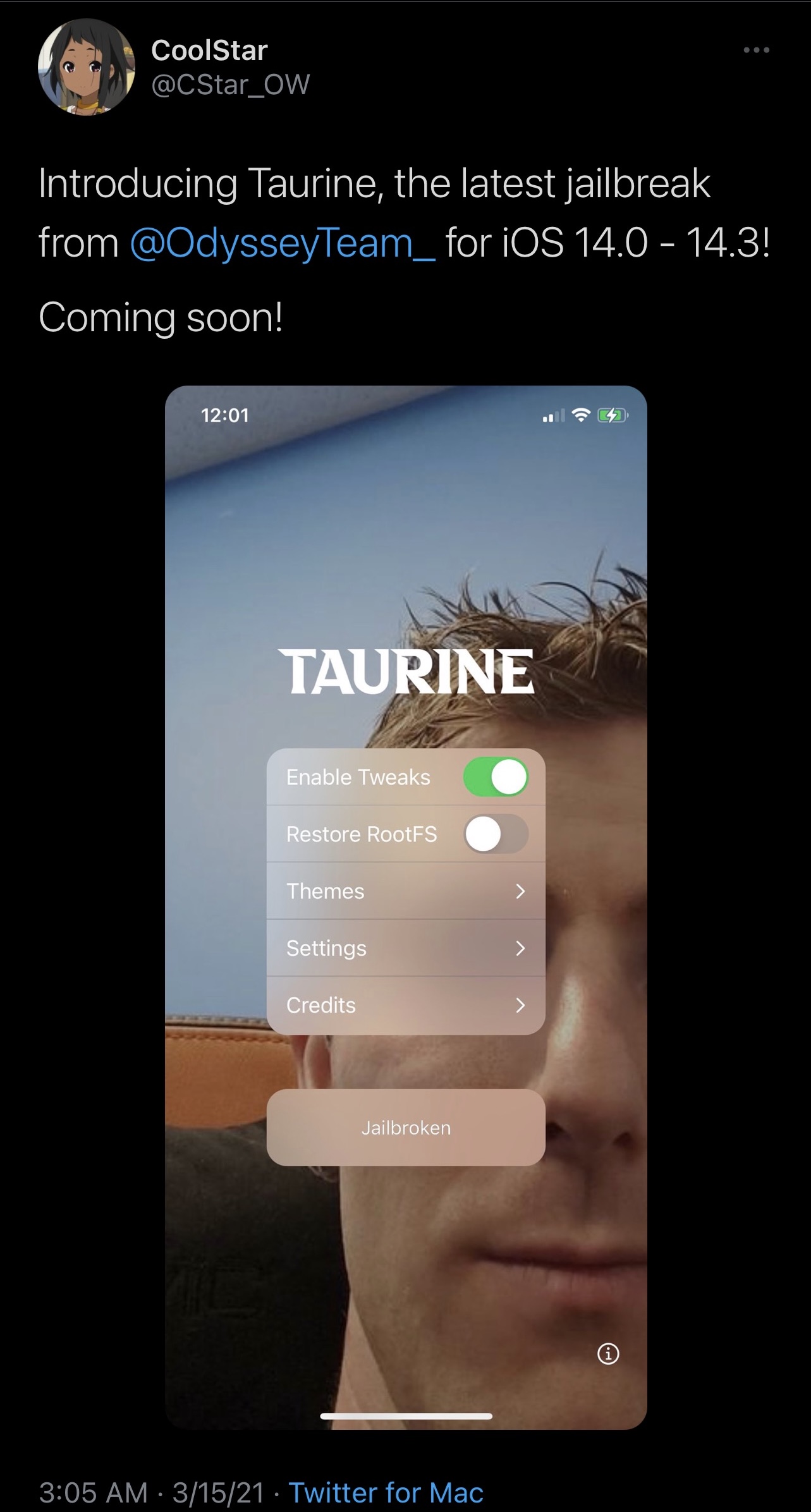 We will continue to monitor the situation and provide our readers with updates as needed.

Do you plan to use the upcoming Taurine jailbreak for your iOS or iPadOS 14.0-14.3 device, or have you already used checkra1n or unc0ver? Let us know in the comments section below.